How to DOMINATE your new year's resolutions

by Mahonry Franco about a month ago in advice

Get on the superior level 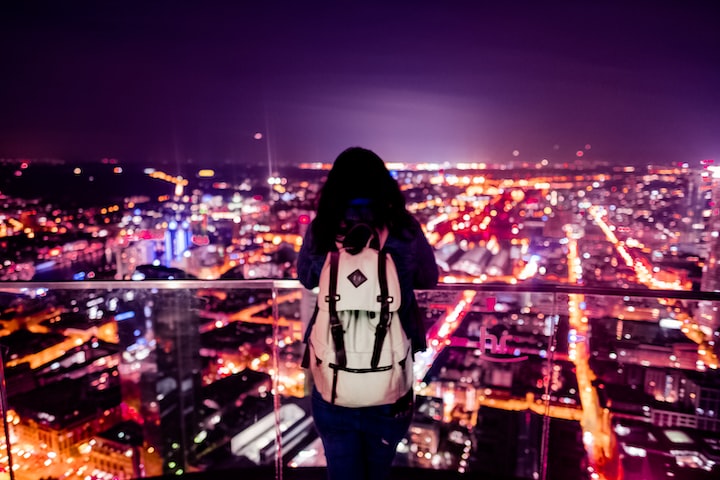 Photo by Zo Razafindramamba on Unsplash

Between the years 2015- 18, I had a lofty goal to lift x amount of weight before I graduated high school. I went from scrawny weakling to the "walking muscle" as my little brother liked to call me. In September 2018, I was a 155-pound athlete able to box squat 500lbs. That's 3.23 times my weight! I still remember that experience with precise detail. It's true what they say: "Champions are made when no one is watching."

On the surface success was visible. However, below the surface, the price to pay was high. Here's what it cost: wake up early, workout 6 hours+ a day, consume enormous amounts of food, cope with soreness, cramps, and fatigue; sacrifice time with friends and family, ice baths, consistency, accountability, discipline-and the most expensive of it all, mental toughness. With so much adversity I had to face, my resolution [performance] caused my goal of lifting 500lbs to become a reality. In summary; I thought I could, I said I would, and did what I should.

Now let's look at your new year's resolutions. Did you know that when you said "I'm going to exercise more" you were actually saying "My goal is set. I have convinced myself that I can live a healthy lifestyle. This resolution is the first step I have taken to prove to myself that I can."? ... Yes? No? Well, you did. Yet we fall short along the way; our initial desire deteriorates as the months go by, the goal becomes hard to keep and easily forgotten. This is a recurring problem we see yearly, don't you think it's time to make a change? One of my mentors loves to consistently remind me of these words of wisdom: "you either hate losing enough to change or you hate changing enough to lose" Which one are you?

You can follow through to see the result you want. You can dominate that which you have already said you're going to do. The meaning of these so-called "resolutions" will assist you in understanding how you can dominate them this year ;)

What is a resolution?

It is NOT a goal. A resolution is what you do to bring about the outcome you want from a goal. It is doing something that shows competence. And for the sake of simplicity, I will substitute the word competence for requisites so that you may know certain things are required to carry out your "new year's resolutions."

According to the webster dictionary, a resolution is "the act or process of resolving: such as the act of analyzing a complex notion into a simpler one"

It is a word of action that helps you solve a problem by granting you the quality to be determined or resolute on a certain goal. If a goal helps you see the vision, the resolution helps you act upon that vision to make it a reality. Like an alarm clock; you see yourself waking up early in the morning [goal] and the thing that will help you wake up in the morning is the alarm clock you set [resolution]. You can not accomplish your goal without creating a resolution. It's not just some event you go through, it's a process, and through that process, you solve problems that will ultimately win you the victors cup.

A resolution is consistent in showing your goals requisites, which are: discipline, sacrificing time, showing effort, being accountable, adjusting to your needs, and most importantly, being committed.

What can I do to apply the requisites to successfully follow-through with my new year's resolutions?

The answer is in the question: What can I do to apply the requisites...?

The truth is, every year we all have a different desire we look forward to. That is why I am not in a position to tell you "do this and this" or "If you aren't focusing on this then you're going to fail." No. I simply share what I know. And what I know is that your resolution is action on your desire, so if you don't act then you will not be inclined to pay the price to accomplish whatever it is you want to accomplish.

If a goal helps you see the vision then it is evidence that you have a genuine desire to better yourself. Thereby choosing to act will increase your chance of achieving your desire. Remember, you willingly made your resolution because you want to change; you thought you could, so you said you would, now you have to do what you should.

Consider this short story of the king: Sitting on his throne there was a king who wanted to shower because he smelled. The king called out to his servant saying "Servant! Go take a bath for me." The servant was obedient to his masters' command and was cleansed.

Who ended up having the result? Obviously not the king... He thought, he said, but he didn't do. Similarly, we can think and say whatever we want, but it won't matter if we don't do something about it.

To follow-through is to apply the requisites. Again they are: discipline, sacrificing time, showing effort, being accountable, adjusting to your needs, and most importantly, being committed. Applying the requisites is crucial if you want to end up on the successful side by the end of 2021; this is only possible when you choose to act.

As I said before, I'm in no position to tell you what to do; however, it would be uncaring of me if I didn't share the things that proved to be successful in my life. Here are some things I invite you to apply :)

How to bring it all together to DOMINATE my new year's resolutions.

Once you understand the necessity of a resolution to fulfill a goal, you will be driven to act. While you act, eventually, your consistency in displaying the requisites will have triumph come knocking at your door. Nonetheless, this is only the beginning. Dominion is earned when you go the extra mile(s).

I love the way webster describes this word.

I feel like this is a higher level of thinking! The word "dominate" alone sounds powerful, but its definition... wow, mindblowing. Here's why:

A young boy goes to school with hopes of becoming a lawyer. He studies, performs, and graduates. Boom now he's a lawyer. What now? He's new in the field; yes he's a lawyer but why isn't he getting hired for the top-notch cases? Don't the people know he's fresh and ready to go? I'm sure they do, but here's the thing, in court, both the defensive and offensive side feels a whole lot better when they know they have an experienced lawyer. Have you ever heard people saying "he's the best lawyer in town," "he's never lost a case," or "I hope you have a good lawyer"? Haha, not what you want to hear against your favor. Point is that our young lawyer has to set a different goal now. Maybe to become "the best lawyer in town". That is dominance. Higher achievement in comparison to your previous goal.

That's great but I'm not a lawyer, how does this apply to me? Okay just relate the example to your life. Say your resolution last year was to quit smoking and you manage to succeed. Congratulations you did it! But what now? Just because you quit smoking doesn't mean you won't be tempted to do it again here and there. It doesn't mean your mind won't bring a cigarette to remembrance at random times. You're surrounded by people doing the very thing you fought so hard to quit. Even when you don't look at these people the aroma is hard to avoid. Therefore, strive for perfection, even though perfection is impossible in this life. Your new goal could be to control your thoughts or completely avoid anything that will make you vulnerable.

If you want to dominate your new year's resolutions you have to keep working past your achievement. Get on the superior level. Strive for perfection even though perfection is impossible to attain in this life.

There's a quote I wish I knew who it was by, it goes:

"Just because you're awake doesn't mean you should stop dreaming"

dreamers dream but are not consistent with their resolutions. DREAMERS dream and dominate the game of life.

I try to live my life in a way where if people know me but don't know God will come to know God because they know me.

See all posts by Mahonry Franco →