How Storytelling Can Bridge Polarizing Divides in our Culture

by Kendra Marya 2 months ago in how to
Report Story

A Story Can Change the Way You Feel, Think, and Act in the World 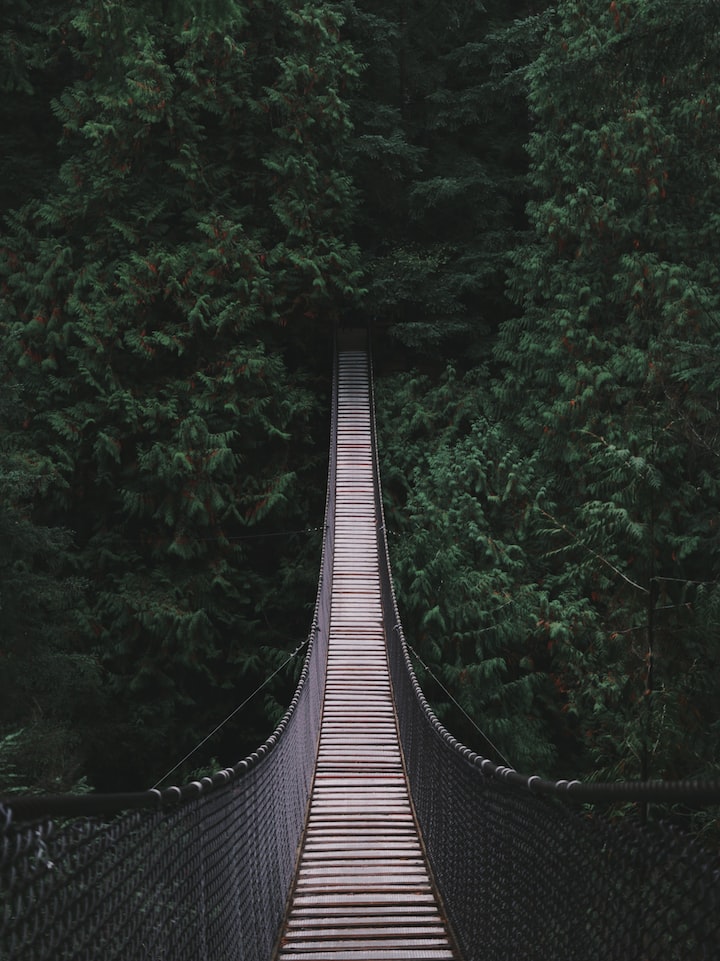 My usual morning routine starts with the click of a lighter. I hold the flame to the gas burner and put my stainless-steel kettle on, covering the blue ring of flames.

When the kettle whistles with a hint of steam, I pour the boiling water over my Aeropress containing a healthy scoop of breakfast blend coffee. I let the cup cool while a rich toasted aroma fills my camper. I gather my brush, make-up bag, and mirror from the storage by the toilet to get ready in the glow of the morning sun. As I sit down on the fuzzy camper cushion, I pick out a podcast to keep me company while I get ready for the day.

Were you right there with me? Did you feel like you were there?

I believe ‘feeling like you’re there’ in a story can be the difference between life and death, hate and understanding, empathy and apathy. Storytelling can literally change humanity for the better by humanizing the Other. Let me explain…

This morning I listened to the podcast ‘Hidden Brain’. In this episode, Psychologist Mina Cikara describes how people become more aggressive than normal when put into groups. Whether that group is rooting for a certain basketball team or even something as benign as a card game involving pairs– the 'us versus them' mentality takes hold in the best of us, whether we are aware of it or not.

Think about a time when you got caught up in the fervour of playing on a team. How did you view the opposition? How did you view a group you were not a part of when divided up in school for a project? There seems to be a psychological lapse from 'you and me' to 'us vs. them'.

I think the act of how we are given information, (primarily through the context of news), has contributed to the enormous divide we see in our current culture. Which, as we have seen firsthand, creates a dangerous reality, particularly affecting marginalized groups of people.

Changing the type of information we take in, can change how we see others, respond to others, and think of others.

Research by Cikara suggests that when we read or hear a story about a member of a differing group that gives you details of their innate lives, our ability to feel empathy and search for understanding is increased. The story re-humanizes them. We are able to see from their point of view, which is not typically how the news is digested.

Reading a headline that exclaims 50,000 Russians dead will indeed have an effect on us in one way or another. But we might soon forget and move on.

However, reading a story may have a different effect. If we read about a Russian soldier named Alexey, who is sent to Ukraine by Putin, that includes details about his ringing ears from explosions, and the way his stomach curdles at the sight of bodies, bruised, dismembered, and bloody, even dead, who later texts, "Mom, I'm scared" — we experience a much more profound empathetic reaction, where normally we wouldn't.

So why is it that we feel more empathy with a story versus a statistically based news article that is bent on remaining unbiased and objective?

Telling stories literally activates more areas of the brain, such as the Wernicke’s area, auditory cortices, and visual cortices. Meaning when an individual reads a story, they can actually experience the sensations being described. One can taste the ripe red tomato, and can feel the soft fleece jacket, and can hear the haunting call of the loon. Storytelling also releases oxytocin, which is known as the ‘love & connection hormone’.

The news presents us with headlines that are designed to cause emotional responses that perpetuate division and further 'Other' groups we are not a part of.

On top of that, we often consume news that already echoes the beliefs we hold. Silvia Knobloch-Westerwick, a researcher at Ohio State University, found that “participants spent 36 percent more time reading articles that [they] agreed with,” and, “had a 58 percent chance of choosing articles that supported their views.”

Research also shows that various political stances believe they are contributing to a just and moral cause, while often vilifying those they are in opposition to. There is a deep feeling of righteousness at play here.

When groups discuss polarizing topics, (think abortion, religion, environmentalism), using their echo-chambered information as weapons instead of ways of communication and understanding, we see groups become more justified that their view is ‘right’. This only creates conflict and even less common ground between groups. The further the divide becomes, the more difficult it is to have groups entertain an opposing viewpoint.

So maybe the ‘objective’ and ‘unbiased’ way that the news disseminates information about our world isn’t working to our benefit anymore. Perhaps we need to whittle ourselves back to one of our original ways of learning and understanding things about the world. Storytelling.

This shows why our voice as writers is more important now than ever.

Personal firsthand accounts of life as we experience it is the truth serum the world needs. Stories help us build bridges in our minds to views that were previously not understood, or even once feared. Stories help us look at 'them', not as Other, and not as a member of a group we do not identify with, but again as human.

I suggest the call to action here is to read stories that you know you won’t relate to. Challenge yourself. Pick up a book that encapsulates a culture you are unfamiliar with. Read a short story that takes you to a foreign land. Flip through the biography of a community leader you don't normally follow. Perhaps it will change the way you think, feel, and even act.

Be courageous. Share your own story. Don't self-censor. Who knows what kind of bridges it will build.

Tell me what you think in the comments! I’d love to hear your thoughts or ideas. Because after all, it's different perspectives that will bridge the divide.

More stories from Kendra Marya and writers in Motivation and other communities.