How I published 40+ articles, 4 courses, a YouTube Channel, a paperback AND an audio-book in 8 months

My insane journey into the mad world of content creation 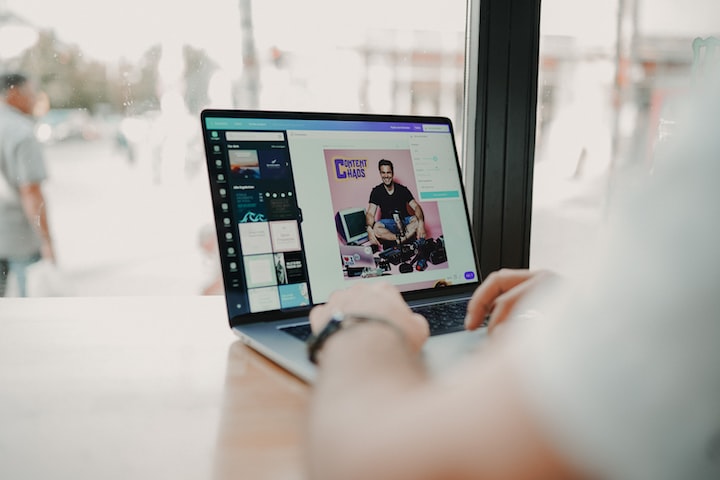 Photo by Malte Helmhold on Unsplash

I do not mean crazy in the Joker / Hannibal Lector way .. I mean crazy in that I decided I was going to go completely all in when it came to content creation and not stop for the next eight months.

I have been working in cyber security for 20 years but I really felt I needed a challenge that pushed me to my limits and took me out of my comfort zone.

I have dabbled before in content creation with a course published in the Udemy marketplace which was a bit of a dud meaning it did not make me any money at all.

So .. my first foray into content creation was a bit of a failure …

2022 I decided was going to be different

I made a promise that from Jan 2022 to August 2022 I was going to become a content creation machine. The goal was to generate as much content as possible and see what worked and what did not.

I was not going to worry about making money and just see how far I could go and what I could achieve.

The below is the result after 8 months:

🔗 A monetized blog with over 40+ articles

Simply put, just like a ladder brings you closer to the top with every rung you climb .. a content ladder helps you create a system in which you start with simple content which builds and builds upon itself leading to more and more complex content.

The first rung was the simplest. I started by writing articles. I knew my first articles would not be good but that did not stop me.

The goal was to write one or two articles every week until it became second nature.

After 20 or so articles I applied for Google Adsense approval and got it !

Second rung .. a YouTube channel. I created my channel and used the same content from the articles I wrote so the two would complement each other.

No fancy editing techniques or animations at first. I was improving and learning at the same time

After a month or so of writing about a particular topic ( cyber security and artificial intelligence in my case ) .. I realize I had enough material to create a course and went about creating that in my free time.

The content was there .. it was just a matter of converting it into a presentation and recording the sessions.

Using simple software like Zoom and Canva; I was able to launch my first course on Udemy and SkillShare simultaneously

This process was well enough for me to repeat it twice and launch two more courses in a matter of months.

Last rung of the ladder

With a course and numerous articles under my belt, I realize I had enough material to easily convert this into an Ebook and Paperback book and sell it on Amazon.

I rolled up my sleeves and got to work ..

This was the most difficult rung to reach as editing is no easy task !

It took me around a month to fit everything in and self-publish it on Kindle Direct Publishing. I was an author with a published book !

After publishing, I realized I could get access to one more income stream in the audiobook industry. I found quite a few narrators with reasonable prices on websites like Fiverr and was able to convert my paperback into an audiobook within a month.

That was my eight-month journey finished.

The short answer is YES

The long answer is still yes with some of the results thrown in. My no holds barred approach taught me so much about what worked and what did not that I am now able to use this approach to launch another book ( my 2nd this year ) by next month.

How much money have I made you ask? I would love to tell you I am making 10K USD every month but no .. the good news is that I HAVE generated a very nice income from all the content which was quite surprising!

My Youtube channel is around 500+ subscribers and growing steadily. I am expecting to get this monetized by end of this year

My courses did surprisingly well on SkillShare and Udemy. My course on PCI DSS is currently the highest rated on Udemy!

My book sold some copies which I never expected. From when I launched in April to today it has made me around 200 pounds which is pretty awesome!

👨‍🏫️ What advice can I give?

More stories from Taimur Ijlal and writers in Motivation and other communities.