Why You Need To Know The Difference Between Low Libido, Impotence & Difficulties Orgasming

by Leigh Norén about a year ago in sexual wellness 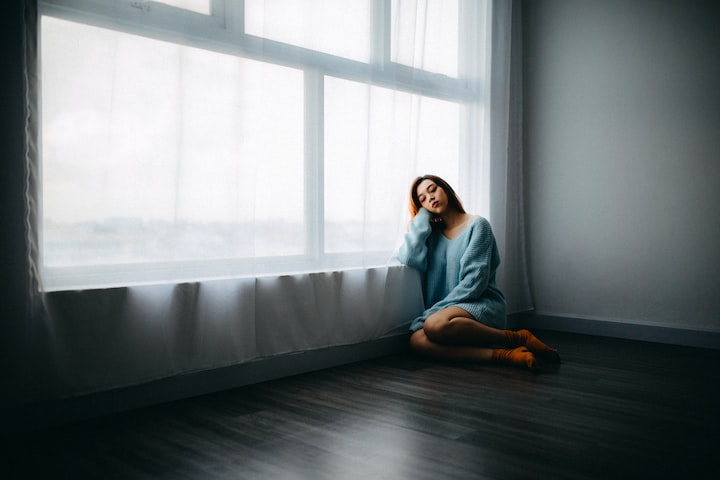 Decreased sex drive, impotence or difficulty having an orgasm are three of the most common reasons people seek sex therapy. One thing that’s become clear to me, as a clinical sexologist, is how often people mistake some sexual problems for other sexual problems.

There can be a difference between a presenting sexual difficulty – and the real sexual issue. And in order to work through a problem, you need to understand what’s underpinning it.

If you don’t – you risk trying all sorts of things that have no effect at all – leading to increased worry and anxiety about your sexual difficulties, as well as less motivation to work through them.

The route to better sex and a more intimate relationship starts by understanding the difference between the presenting issue – and the one that’s responsible.

Why You Need To Know About Diagnostics

Decreased sex drive, impotence or difficulty having an orgasm are actually three separate diagnoses. And depending on your gender or genitalia, the diagnoses will differ.

If you want to work through your sexual problem, understanding which diagnosis best fits your difficulty, will help you know which steps to take next.

Erectile dysfunction isn’t necessarily only about not getting it up.

And orgasm difficulties aren’t always just about not being able to climax.

What A Decreased Sex Drive Is

Experiencing a decreased sex drive is common. Among those who identify as women, almost one third experience low libido.

Low libido in those who identify as women:

Sometimes, difficulties with sexual arousal and not feeling in the mood for sex, are a direct result of finding it hard to orgasm. If you’re constantly feeling disappointed by not coming during sex, it can serve as a negative feedback loop – conditioning sex as a disappointment and therefore lowering your libido.

Low libido in those who identify as men:

Finding it difficult to get or sustain an erection – is covered by another diagnosis.

When trying to understand the difference between a decreased sex drive, impotence or difficulty having an orgasm, it’s also important to understand how the common term impotence can confuse things.

Impotence is a word that refers to men and people with penises both having difficulties either getting an erection or having an orgasm.

Because impotence refers to orgasm and erectile challenges, you need to understand what kind of impotence your problem is referring to.

As erectile challenges in men are their own diagnosis, defining your problem as either an erectile one or a low libido one – is really important.

However, oftentimes, difficulties getting or sustaining an erection go hand in hand with a low sex drive. So it’s not uncommon to find you fulfill criteria for both diagnoses.

Erectile difficulties aren’t always a question of pure function. In fact, a lot of men I see in my private practice as a sex therapist, seek help for erectile dysfunction when they in actual fact have low libido.

Try and suss out whether you feel in the mood for sex when you’re about to have sex or are in the middle of having it. Chances are, you might not actually feel like it – indicating the possibility of low libido and not only erectile impotence.

What Difficulty Having An Orgasm Is

Orgasms are the culmination of sexual pleasure. When we refer to orgasm difficulties in pop culture, we often talk about women. This is, partly, because of the statistics surrounding these difficulties.

Orgasm difficulties in those who identify as women:

A lot of times, orgasm difficulties are tied to a low sex drive and difficulties getting sexually aroused. If you’re having sex that doesn’t turn you on mentally or physically, your orgasm challenge might actually be caused by low libido.

Orgasm difficulties in those who identify as men:

An orgasm usually contains both the sensation of coming and the physical act of ejaculating. In men and people with penises there is, however, a difference between ejaculation and orgasm.

The two are separate events. This means you can have an orgasm without ejaculating, and ejaculate without feeling like you’re coming.

If you’re finding it difficult to orgasm – you might want to consider your sex drive as one of the culprits. For some, difficulties orgasming are directly related to not actually feeling in the mood. A low libido might therefore be the actual problem that’s underpinning your orgasm difficulties.

What You Need To Know About A Decreased Sex Drive, Impotence Or Difficulty Having An Orgasm

When you’re suffering from sexual difficulties, it’s important to try and understand what these difficulties are all about.

One way of doing this, is trying to identify which diagnosis your difficulty comes from.

My point isn’t that all sexual difficulties are always the result of another one. For example, in the instance of a decreased sex drive - sometimes that’s all it is.

But other times, our low libido stems from other sexual difficulties.

Knowing the difference between a decreased sex drive, impotence or difficulty having an orgasm could be what you need to get started creating a better, more pleasurable sex life.

It really is possible to get past problems of a sexual nature, even if it doesn’t always feel like it.

Originally published on Therapy by Leigh.

Leigh Norén is a sex therapist and writer with a Master of Science in Sexology. She’s been featured in Thrive Global, The Good Men Project, Babe, The Tab, Glamour, Sexography, The Minds Journal and more. For more advice on orgasm difficulties, visit her website. For a happier relationship and better sex life, download her free resources.

Receive stories by Leigh Norén in your feed
Leigh Norén
Read next: What Are Hemorrhoids?