by LC Douglass 2 years ago in psychology

Because they don't want to make the world worse.

Did you make a New Year's resolution? Psychology Today reported on research that found that about half of the population will make a resolution. According to Business Insider, 80 percent of people drop their resolutions by Valentine's Day.

Most resolutions involve the self, often implying change to meet others' expectations, for self-profit, self-health, or self-strengthening.

Maybe self-assertion triggers nervousness about narcissism. Mass entertainment and politics promote society's biggest egos&mdash;above all, celebrities&mdash;to drive the consumer economy. Because of this, there is a deeply-conflicted popular adoration of ego, combined with a hatred of toxic egotism. The ego, when projected outwardly, is seen as anti-human and exploitative.

There is a deep social fear there. The wildest conspiracy theorists claim that celebrities sacrifice their nearest and dearest to pay the price of fame to Satan-worshiping masters. But you could equally say that regardless of the bones in Hollywood's foundations, there is something about the matrix of fame and self-assertion that takes a toll on those around anyone who negotiates that matrix. In short, self-assertion comes at a cost, and those closest to us suffer for it, even if we never intend that to happen.

The fear that you must hurt yourself and other people in order to be push yourself forward and be successful may explain why social ills on both sides of the political divide are an international obsession. It has reached the point where anyone who is extremely successful becomes the object of a witch-hunt, so convinced are we that if you have made it in this awful world, you must be a monster, or corrupt, or you must have sold your soul.

This could also explain why people fear success and subconsciously sabotage themselves, "failing" at their New Year's resolutions, when they are actually protecting themselves and those they love from their egos. They may unconsciously believe that the only way they can remain authentic and moral is by staying small, limited, and impoverished; while they excuse their failures by blaming others&mdash;especially successful, self-assertive people.

This shows a confusion about how to protect the self without pumping the ego. It also reveals how we internalize and externalize our distress about everything that is wrong. Even worse, the core belief in all this is that the planet itself is fundamentally wrong or maladjusted, or we are. Our anxieties prevent us from waking up from the global malaise, our collectively-created nightmare.

Orson Welles as a Baby, With His Brother Richard 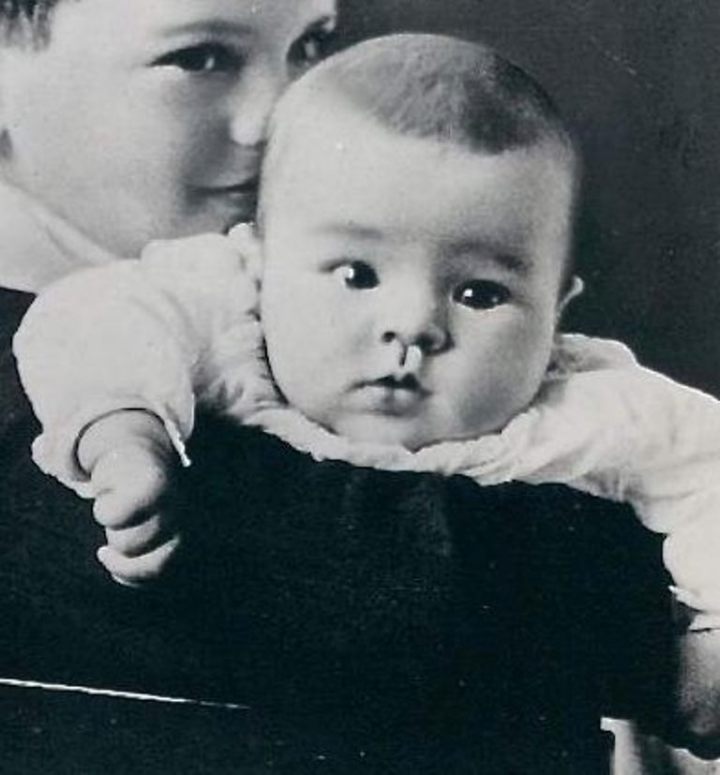 It doesn't help that there may be something to the fear that self-assertion causes damage. Maybe success does come at a price. Orson Welles (1915-1985) had an older brother named Richard Ives Welles (1905-1975). As prominently as Orson rose in the collective consciousness as a genius, his brother vanished and was erased to an equal degree as a disappointment. Richard spent over a decade in a mental institution.

There is a story that, on finally being released, Richard sought out his brother at the Mercury Theater. But Orson did not recognize him. In a line that could have come from one of Orson's own epic movies, Richard said: "Don't you know your own brother?" One of Welles's biographers, Simon Callow, wrote of Richard:

“What do we know of his brother? Nothing at all: an unperson, tolerated, fed, clothed, but seemingly allowed no affirmation—never encouraged, never admired, never enjoyed… Ten years is an enormous gap between siblings, anyway, but life might have been rather different for both of them had they found in each other a friend.” 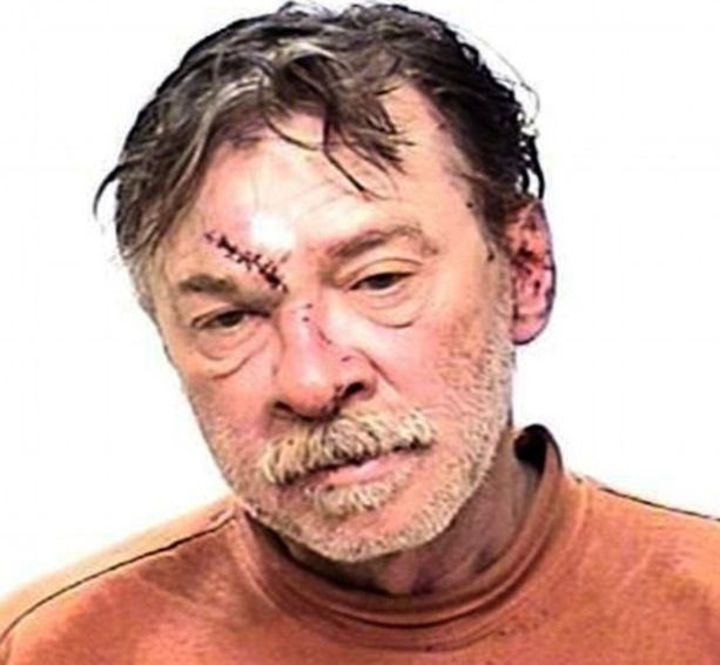 Anthony Ciccone, in a 2013 photo after resisting arrest in a public bathroom in northern Michigan, USA. Image Source: Mirror via IMP Features.

More recently, this past Christmas, the tabloids reported that Madonna's family took back her estranged brother, Anthony, who has been sleeping rough for seven years on the streets. Sometimes he slept in Michigan's freezing winter temperatures, which can plunge as low as -22 degrees Fahrenheit (-30 degrees Celsius). He accused his sister, who is worth USD $550 million, of not caring, although she and other family members did try to help him. In the period prior to reconciliation, he spoke with utter despair about his family:

“'I’m a zero in their eyes—a non-person. I’m an embarrassment. If I froze to death, my family probably wouldn’t know or care about it for six months. My father would be very happy if I died of hypothermia, then he wouldn’t have to worry about it any more. He’s old school, he grew up in the depression.' Referring to Madonna—who at 59 is two years his junior – he said: 'I never loved her in the first place, she never loved me. We never loved each other.'"

And in a way, you can understand it. Imagine what it would do to your pride as an individual and as a man, if your younger sister took over the world? Left you in the dust, with seemingly never a look back? Something in Anthony's alcoholism, his intense resistance to being helped, his long period of suffering and feeling that he was unloved—which in its way is a terrible, inverted egotism—is a dark mirror of Madonna's supreme good fortune and her gigantic persona. 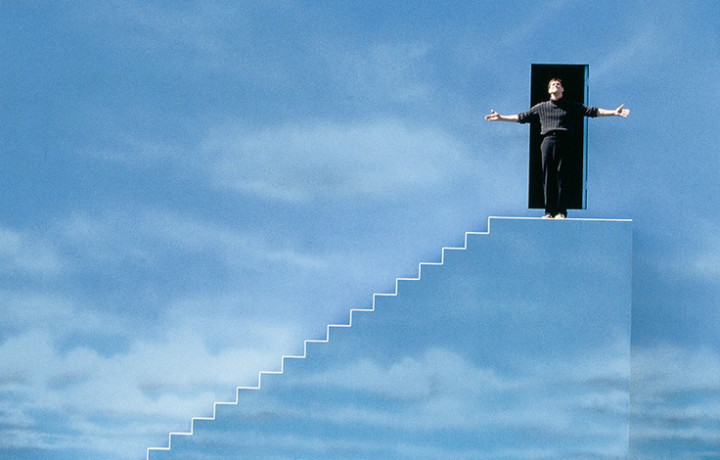 Another celebrity story about the dangers of ego is Jim Carrey, who may be paying back his price of fame by negating himself.

After spending some years gaining a reputation for positive, soulful statements, Carrey made an about face after the suicide of his Irish girlfriend, Cathriona White (1985-2015).

After White's death, legal documents revealed the couple's serious problems and turbulent private messages (like this one), which were discussed widely in the tabloids, on the seedy show biz Websites, and on social media. Despite this, it was evident that they loved each other, and White had been suicidal for a long time; she wrote: "I knew I was never really for this world." She is also rumoured to have been involved with Scientology. 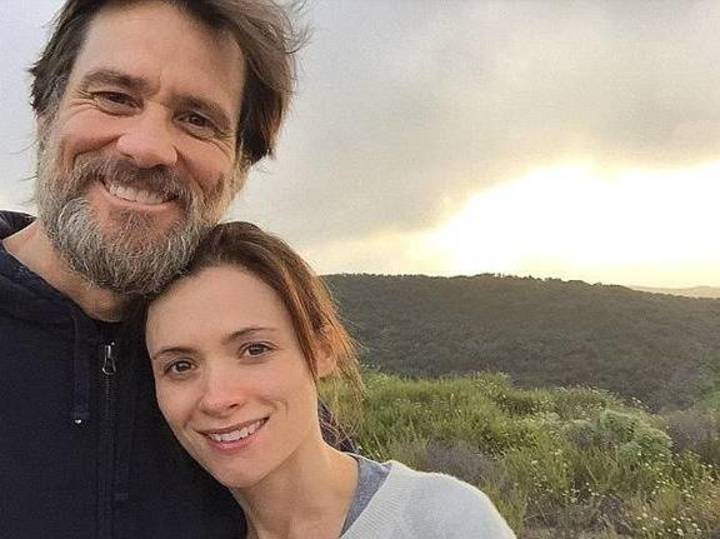 She signed letters to Carrey, "your Dewdrop," and her suicide note described Carrey as her "family." Carrey faces a related wrongful death civil suit, launched by White's family, in April of this year. The initial court document on the suit is here.

In several recent statements to the entertainment press, Carrey has evidently internalized the larger conflict between ego and ego-negation experienced by stars and their siblings mentioned above. Carrey has become a roving anti-ego and anti-celebrity, advocating his existence as a non-self.

It is almost as though he now embodies his former character, Truman Burbank from The Truman Show, and has decided to vacate the stage set, once occupied by the film star and comedian, Jim Carrey. He says he feels tremendous freedom, because no longer being yourself means you can show up without your own baggage and without having to live up (or down) to what others think of you.

In The Truman Show, Truman is convinced (here) that his marriage is a sham and his wife—who is an actress pretending to be his wife—can't stand him. In an unscripted move, Truman secretly falls in love with another woman, an extra on the show. In fact, he's absolutely right about his faux-wife's feelings, but in the context of the reality around him and the TV show consciousness in which he is imprisoned, his authentic beliefs are insane.

Like Truman, Carrey is seeking to break through, exist without the prison of social expectations and self-consciousness, to self-assert without ego.

These celebrity examples are cautionary tales, which explain why so many people may fail at their New Year's resolutions. Maybe it isn't because they lack willpower. Perhaps it is because they want to fit in with others, by not asserting themselves too much or too little.

Award-winning writer & blogger. I analyze the impact of technology on 21st century history.

See all posts by LC Douglass →