The Best Time To Go For A Run

Is Not In The Sun 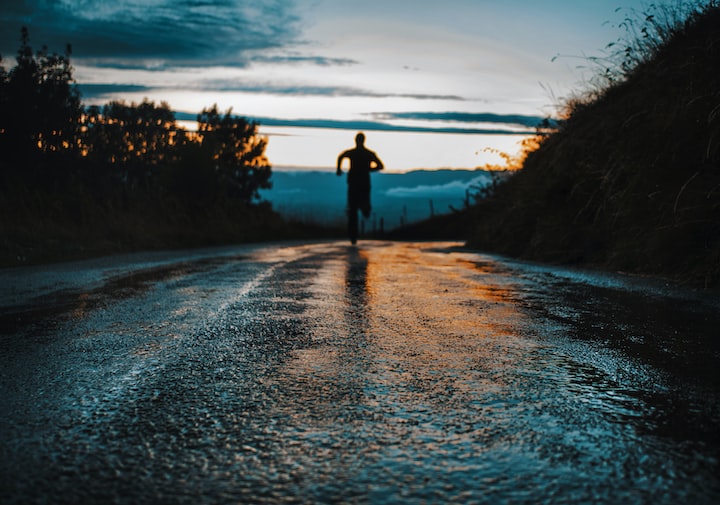 The best time to go for a run involves an element of science that is often overlooked. Provided that you already know everything there is to know about nutrition, periodization and even running-shoe quality, I’ll skip right along to what I consider to be the ideal conditions to maximize your running distance. And it doesn't involve a treadmill; so from here on just forget about those sissy pieces of machinery...

All things considered, my target audience would already be fairly trained in the art of running; but of course, I’m not going to stop anyone from implementing this strategy as a substitute for the ‘perfect’ weather conditions I’m about to vilify (for they are otherwise quite deceiving). And when I say ‘perfect’ weather conditions, what I mean quite plainly, is clear blue skies and double-digit temperatures (in the most general sense). So if you wish to picture the birds chirping in the morning air and all the other runners occupying the footpaths (just because it's nice out) in your vision, so be it; but as I stated, this is an illusion. Such weather should not be a priority if you’re serious about running for distance, nor would blistering cold help you in this regard, either — unless you intend to lose those fingers and toes before you even get tired. If you’re a seasoned runner, you’ll likely know what I’m talking about.

But if you’re not already aware, I’ll attempt to explain, in a logical sense, why exactly these 'perfect' conditions may fail you. And how one would go about seeking the conditions that would result in a more favourable outcome for distance running.

So without further delay (and if you haven’t guessed it already), if I were to pick the ideal running day, it would be on a day when it’s pouring rain.

Let’s assume that you’re already out running and it hasn’t started raining yet. And let's assume you’re equipped with a rain jacket and appropriate footwear and gear too. If indeed, it does start ‘pouring’ rain, you know that you’re going to get soaked in no time at all — so what’s the point? Well, firstly, you’ll be protected from the worst of the elements if and when it does start pouring; which includes, the wind, and the off-chance of hail. But, the rain gear will also provide you with somewhere to stash an energy bar and music player, so that those items don't get wet and damaged. For, depending on how far you’re running, the former will be necessary to fuel your dwindling sugar reserves, and the latter is a useful addition for motivation — until the thunder hits; at which point, of course, the lightning and thunder together will serve as a 'jolt' to spur you forward. But, I’m not even kidding — they always say to stay out of a thunderstorm, but if you’re going to follow that rule, you’re not cut out for greatness, nor glory… in which case, get back to the treadmill.

If you truly want 'the edge' you’ll do it — you’ll wait for those magnificent dark puffy clouds to roll in, and you’ll get your gear on, and fly out the door — like a bat out of hell — just before the rain starts. In all seriousness though, the lightning isn’t the main reason for going...

The reason for choosing to run in the rain has more to do with actual science than you think. It’s the humidity factor, plain and simple. This is the main variable that one may tend to overlook — to the extent that it can add miles to your preconceived notions of limits and failure. Humidity is like a natural lubricant for your lungs and airways, and you’ll find that running in the rain is a fantastic way to keep your pipes moist and at optimal conditions... for aerobic metabolism at the cellular level. If you're used to running in the dry, hot air, there's no doubt that a parched mouth might bring you to a full stop earlier than anticipated. But odds are that you won’t be gasping and hacking up sticky chunks of phlegm — when in the rain. You might even find running in the rain so gosh-darn effective, that you won’t need to bring along a water bottle anymore (just make sure you drink plenty of water a good half-hour before departure). And let's not forget to mention the fact that the rain seeping through your clothes will naturally cool you down as you put on the miles. Of course, initially, you’re going to feel a little discomfort getting wet, but once you are soaked through and through I promise that you’ll forget all about it and achieve a state of psychological flow. And that FLOW state is the icing on top of the cake.

Delusions of Grandeur is not accepting comments at the moment

More stories from Delusions of Grandeur and writers in Longevity and other communities.