by Eduardo Siu 9 days ago in body

Injuries are a very complex issue in the sports world. 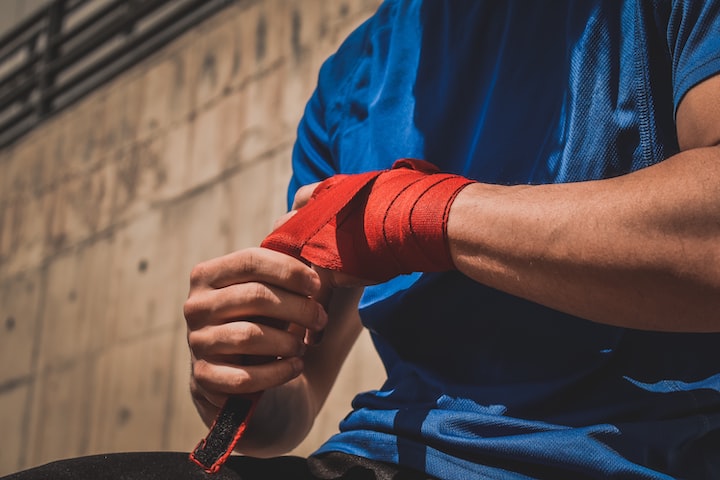 Photo by Payam Tahery on Unsplash

Sports injuries are an interesting topic to discuss. I would like to examine sports injuries from a variety of perspectives. First, I will list some common types of sport related injuries that occur in the human world and then go into further detail about these injuries.

The first type of injury is an open wound. An open wound can be caused by various factors, including; falling on something sharp, cuts from equipment malfunction, or cutting from sharp objects.

The second type of injury is a contusion. This means that you have bruised or damaged the bone tissue beneath the skin.

Contusions come from the Latin root 'contusum' which means to beat. A contusion is a bruise of the skin caused by impact with a blunt object such as a baseball bat or golf club. The result of this impact is that blood vessels are broken and fluids leak out into surrounding tissue, causing discoloration and swelling.

Especially in the case of a contusion, the size and extent of this swelling can be used to determine what body part was impacted. A large contusion on an arm or leg means that these limbs took more force from the impact.

The size of the contusion can also be used to determine how long ago a person was injured. A large one means that it happened more recently, while a small one suggests an old injury.

A contusion can also be the result of a fight or other physical altercation, which is known as a 'bruise.'

The third type of injury is a fracture. This means that the bone has broken and is not in alignment with other bones.

A fracture injury is an injury to the bone or other hard tissue, such as a joint. It can be caused by falling or being hit by something, and in most cases it is not life threatening.

It is always necessary to seek medical attention for these injuries, because they can lead to permanent disability if left untreated.

Treatment of fracture injuries varies depending on the type of injury and the severity. Generally, a fracture is treated by immobilizing the injured area so that it can heal properly.

There are many things that affect the severity of a fracture injury. Those factors include: age, sex, physical condition and the extent of any other injuries suffered.

The fourth type of injury is a strain. A strain means that the muscle or tendon has been stretched, torn, or otherwise damaged.

A strain injury is an injury caused by sustained excessive strain on a muscle or tendon, such as those which may be incurred in the course of repetitive actions, especially while doing work.

Strain injuries can also occur if a person does not exercise regularly. This is commonly seen in people who are overweight, and do not move around very much.

The fifth type of injury is a sprain. A sprain means that the ligaments have been stretched, torn, or otherwise damaged.

A sprain injury happens when the ligament around bones gets stretched too hard and experiences an excessive amount of force. This causes the ligaments to swell, which in turn causes strain on that part of the body.

A variety of situations can cause a sprain injury. The most common cause is from sports, such as football or basketball. Common mobility aids include, crutches, walkers, wheelchairs or knee scooters.

Injuries are a very complex issue in the sports world. Some injuries can be quite debilitating, while others may only cause limited damage to an athlete's performance.

Whatever injury you might have, always consult your doctor immediately. Do not take advice from people or articles on the internet. Now more than ever, telehealth consultations are more widely available and can be set up easily.

See all posts by Eduardo Siu →