An autoimmune disease is when the immune system mistakes a healthy cell for a foreign body, and then attacks it. More than 80 various autoimmune disorders afflict over 4% of the world's population, the most common of which are type 1 diabetes, multiple sclerosis, rheumatoid arthritis, lupus, Crohn's disease, psoriasis, and scleroderma. 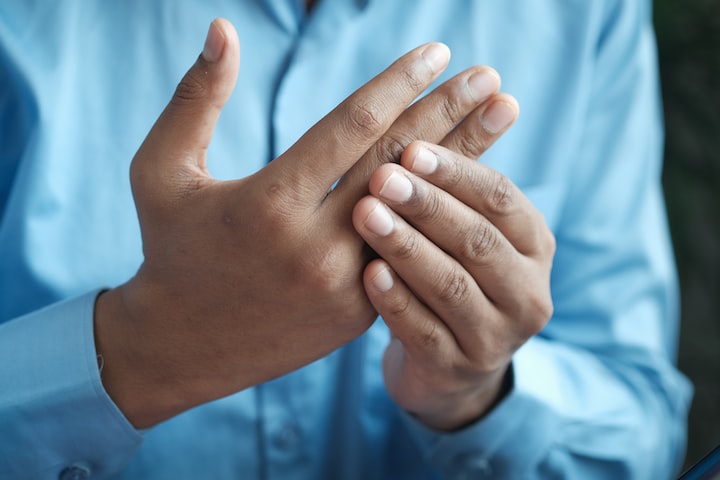 What is an autoimmune disease?

The immune system is a network of organs and cells that protects the body from infection. It's made up of different types of white blood cells that are produced in bone marrow, and lymph nodes around the body. These cells work to identify and destroy anything that may be harmful to the body as well as produce antibodies to help fight off new infections.

However, in autoimmune diseases, some of these cells attack healthy cells in the body by mistake. This can happen because there are proteins on these healthy cells that look like proteins found in harmful bacteria or viruses. These antigens can cause an autoimmune response if they're not destroyed by other parts of the immune system first.

Based on a study, Certain ethnic groups are more prone to autoimmune disorders. For example, Lupus affects more to African Americans and Hispanics more than whites.

Multiple sclerosis and lupus are two autoimmune that run in families. Not every member of the family will have the same disease, but they will inherit a predisposition to an autoimmune disorder.

Because the prevalence of autoimmune disorders is increasing, scientists assume that environmental variables such as infections and exposure to chemicals or solvents may be responsible.

Another suspected risk factor for developing an autoimmune disease is a diet and lifestyle, such as: Eating a lot of fat, sugar, and processed meals are known to cause inflammation, which might trigger an immunological response, stress, and insomnia also can be one of the autoimmune triggers. However, this has not been verified.

But in my case, I have an autoimmune family history; my mother, an aunt, and two aunts from my dad's side all have different types of autoimmune diseases. This is most probably why I got it in my early 20s.

How i found i have an autoimmune disease?

My mother is a pharmacist, so she is concerned about our health and encourages a healthy lifestyle in our family; I have eaten nutritious foods, taken vitamins, and exercised consistently since I was a child. When I was in school, I was a diligent student who was quite intelligent and active in student organizations. Until I went to a university in another province to study dentistry.

I started living alone, away from home. I often stayed up late and was stressed on many practicum reports. I started suffering from a painful sinus infection and often went to an ENT doctor. After a few months finally, a doctor suggested surgery. I told my parent but my mother, who also had a history of sinusitis, stopped me and advised me to try traditional treatment while on vacation.

In my second year, I started studying allergies and immunology topics, and i realized that the diseases aunts have were autoimmune diseases that attacked the skin.

Unfortunately, one of my aunts passed away when I was in my first year. I informed my parents, and they came to the village to visit my aunt and suggested her see a specialist in the province's capital. She was afraid and did not want to go. After a year, she had complications and was hospitalized in the city, and she passed away a few months later. May they rest in peace now.

Then, in my third year, I practiced making orthodontic retainers. It was an incredible experience in my life. Here i started having a low grade fever everyday, almost similar to cold fever but it have it in a long period. But then I started feeling severe pain in my finger joint became red and a bit swollen. I didn't mean it, i thought this was my first time, and by that time would get used to it. But i was wrong at the end of the module I was riding a motorcycle to university while raining heavily. After reaching my class, i felt strange on my right hand, and i found my fingers were pretty stiff and pained a lot when I touched them for about 15 minutes. My friend suggested seeing a doctor to check it since it wasn't normal.

Then I went to visit a doctor, who diagnosed me with carpal tunnel syndrome and gave me analgesic medicines, nerve vitamins, and told me to come back if I didn't feel better. I returned a week later and was given the same medication. I was unsatisfied and changed doctors again; I was diagnosed with arthritis; the doctor modified some medicines and told me to return the next week; I returned for a few more sessions but continued to receive NSAIDs with no improvement in symptoms.

To be continued Part 2

This is a story about my personal experience. I do not advice any specific treatment because everyone's premedical condition is different. If you find the similar symptoms, i strongly recommend you to see doctor for consultation.

Author of "I Found Me Get A Flat Belly In 2 Weeks Without Exercise" pdf book. I love encouraging others on their own way!

More stories from Lkara's Choice and writers in Longevity and other communities.