by david Lavigne about a year ago in industry

Scientific Rigor vs. the Rush for a Cure 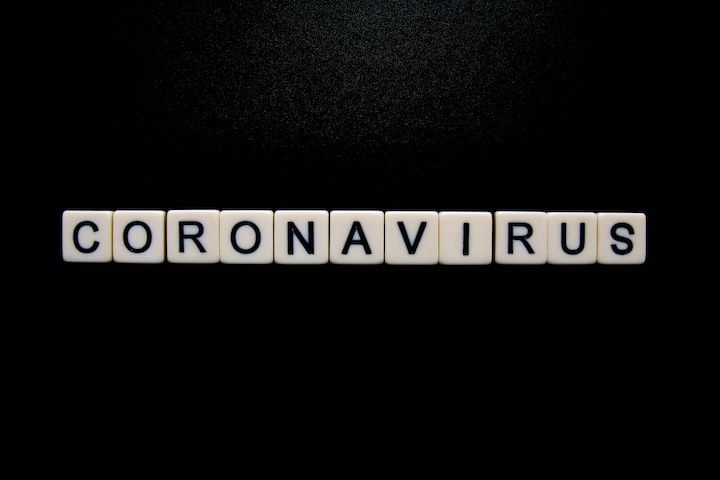 According to a recent Statista report:

Clearly, among many other things, the pandemic has created a rush of companies developing Covid19 tests, treatments, vaccines or in some cases, combinations of each. As an analyst, I have seen several relatively small companies in the fray, a few with testing offerings, but most on the therapy side. I think it is fair to say that the vaccine race, given the magnitude and time crunch of the pursuit, is largely restricted to big Pharma and collaborating universities and other research organizations. Given the focus on trying to return the world to “normal” and avoiding economic Armageddon, the push for a vaccine is understandable and admittedly acute. In the meantime, therapies have also been front and center. Moreover, while a vaccine may be the most pressing solution, one must wonder how potential therapies might fit in a future that will almost certainly be hyper-sensitized to the potential for the next pandemic. Further, even with benefits of a vaccine, as we have learned from influenza, viruses adapt and evolve, requiring vaccines to keep pace. Despite the political rhetoric around the dangers of influenza vis-á-vis Covid19, the fact remains that we have a vaccine for influenza, yet each year it is still responsible for millions of infections and thousands of deaths in the U.S. alone. A pre-Covid19 study from the National Institutes of Health noted that:

Recently, three different groups have provided estimates of influenza's annual mortality burden using different methods. The first to be published, from the US Centers for Disease Control and Prevention (CDC) and coordinated by WHO, estimated that influenza is associated with 290,000 to 650,000 deaths from respiratory causes alone.

While the high end of this figure still represents only about ½ of the current worldwide Covid19 death toll, keep in mind that this figure includes only (estimated) influenza deaths from respiratory causes alone, which might indicate that the two statistics are not as far apart as these respective numbers suggest. To reiterate, when we consider these numbers in the context that these influenza deaths occur despite a vaccine, it provides a perhaps sobering backdrop for the promise of a Covid19 vaccine. Specifically, from the CDC:

While vaccine effectiveness (VE) can vary, recent studies show that flu vaccination reduces the risk of flu illness by between 40% and 60% among the overall population during seasons when most circulating flu viruses are well-matched to the flu vaccine.

Granted, there are a handful of prominent influenza viruses that are lumped into these statistics, and the prevalence/strength of each varies from year to year. Further, the effectiveness of these vaccines varies from year to year as well, depending on how well scientists can match the vaccine to the prevailing viral strain. The point is, I accept the rationale for the urgency surrounding a Covid19 vaccine. However, it seems to me that, assuming saving lives is the goal and recognizing that even when we have vaccines they don’t always work, an equally important pursuit should be the discovery of therapies that can treat people once they become infected. Virus therapies, especially those that may be effective against a variety of viruses, may do as much to prevent viral fatalities as vaccines, especially when it comes to the next pandemic. That said, I think there are likely several promising therapies being developed because of Covid19, but as I will illustrate, I believe those developments face some headwinds.

First, there is a fundamental but also practical problem with trying to develop many viral therapies, and that has to do with the way in which some viruses infect and ultimately lead to the death of their hosts. For the sake of illustration, I am going to use an example from a Company we follow at Trickle Research called Aethlon Medical, Inc. (AEMD). As a bit of history, Aethlon has a device called a Hemopurifier, which is a blood filter that can filter viruses from the blood stream dramatically reducing viral load. What is interesting about their device is that it has demonstrated the ability to filter many human viruses, including Ebola and several others. Part of the reason it is effective on multiple viruses is that as we understand it, virtually all human host viruses are “glycosylated” particles, which means that they contain a sugar molecule. The Hemopurifier contains a naturally occurring lectin called GNA that permanently binds with the (mannose) sugar molecules on the virus allowing it to be trapped by the filter. I know of other companies that are developing therapies around approaches like Aethlon’s. That is, finding the common threads among human viruses and developing therapies aimed at attacking/neutralizing those commonalities. While Aethlon’s therapy is a medical device, I know of other companies developing pharmaceutical based therapies around the lectin commonalities as well. From a different, but perhaps similar angle, we are also seeing solutions focused on boosting (or in some cases regulating) the immune system to help it better respond to viral threats on its own. That is also the approach of new “immunotherapy” drugs currently being used on certain cancers. It seems to me that while vaccines are certainly an important part of the arsenal, developing therapies to reduce the negative impact of viruses for those who do contract them is equally important. As we have learned, even the vaccines we have are not 100% effective (or perhaps even 50% effective) and each “new” virus will likely require massive efforts to develop a vaccine of any kind. In the meantime, absent effective therapies, people die.

The above said, the path to FDA approval for any therapy is never quick, easy, or inexpensive, and Covid19 therapies will be no exception. In fact, there are reasons to believe that it may be more difficult. To edify, many of the human viruses we have seen over the years include characteristics that make them difficult to establish FDA level clinical trials around. For instance, most familiar with the clinical trial process can attest that simply enrolling clinical trials with enough patients who fit the criteria established by the trial protocols in a considerable (and time consuming) task. That is complicated by the fact that trial criteria are often quite specific and narrow because that approach allows for fewer variables that might otherwise create uncertainties as to the specific causality of outcomes. Enrollment requires identifying patients who fit the profile in the first place, convincing them to participate, and keeping them in the trial. To put that into perspective according to the World Health Organization, the Ebola virus has an average case fatality rate of 50%, but studies suggest the average time frame from first symptoms to death is generally only 1 to 2 weeks. From a basic level, simply trying to develop, much less conduct, clinical trials around patients who die within two weeks of first symptoms is problematic to say the least. Although perhaps not quite as acute as Ebola, developing trials around Covid19 in terms of identifying hot spots and by extension enrolling patients and deploying trials designed around typical and sufficient scientific rigor is a fluid endeavor. There are other problems as well.

I think it is fair to say that the medical community knows more about Covid19 today than it did during its emergence in early 2020 and that includes therapies that may help mitigate it. Unfortunately, it has to this point been difficult to ascertain the effectiveness of some of these therapies in part because of the problems associated with applying scientific rigors around their efficacy amid the pandemic. One need look no further than the controversy surrounding hydroxychloroquine to illustrate that point. Oddly enough, I would argue that each new promising discovery, may make it even more difficult for others to establish acceptable scientific results. That is, (conceptually) each new discovery could potentially prohibit the advancement/approval of even more efficacious therapies yet to come.

Recall, at the start of the pandemic, doctors were searching for treatment answers and were in some cases repurposing drugs for lack of better (any) alternatives. That applies to drugs like hydroxychloroquine but also other approaches (blood thinners for example). We know for instance that my Hemopurifier example above has been used on a “compassionate use” patient whose doctors had presumably exhausted all other avenues. However, if remdesivir, convalescent plasma or others prove even partially effective, completing trials of other potential treatments will become more problematic. That is, what physician will allow their patient to receive an experimental drug without first receiving other treatments that have established at least some efficacy in prior patients? The answer is none. At best, these treatments may be allowed to be run in combination trials with some of these other more proven treatments (a process that is happening with remdesivir as we speak, which by the way is still only approved for emergency use authorization), but in that case, assuming the combination leads to better outcomes, we still may not know which therapy actually helped the patient. Incidentally, that is exactly what happened in 2014, when Aethlon treated a critical Ebola patient, who subsequently improved following Hemopurifier treatment. Obviously, at that time physicians were doing all they could to save that patient, so from a practical standpoint, in spite of ample evidence that the treatment was directly responsible for dramatically reducing the patient’s viral load, there is no way to definitively know what exactly saved him. Unfortunately, I think many promising Covid19 therapies could face similar challenges, which will likely complicate the development and ultimately the approval of treatments that could not only effectively Covid19 but perhaps other known and unknown viruses as well.

I started in the financial industry in 1984 in various positions (including equity analysis/research), and for the past 20 years I have operated a subscription based microcap research and conferencing platform. www.trickleresearch.com

Read next: 16 Reasons to Quit and/or Cut Down on Smoking Cigarettes