Hormones Can Cause Fat Gain

by Dr Mehmet Yildiz 2 years ago in diet
Report Story 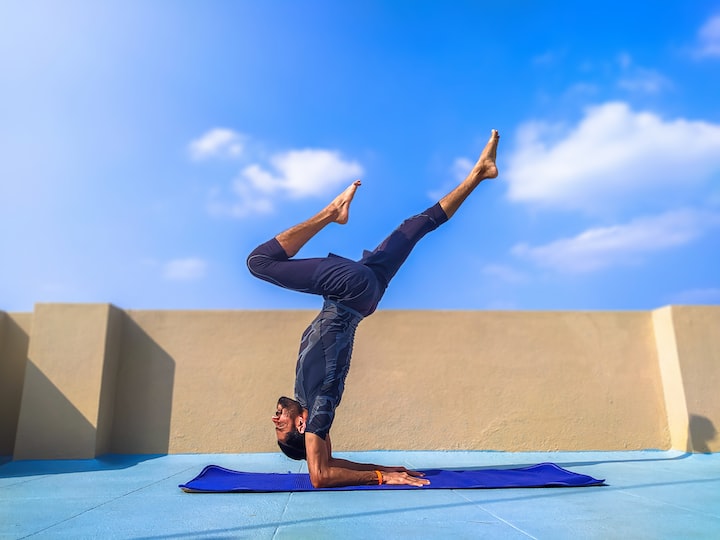 Photo by Anant Sharma on Unsplash

In my younger years, I struggled a lot to lose weight. It was a painful experience. This is a personal story close to my heart.

I was doing everything right, following the traditional advice. The advice was calorie deficit. To create a calorie deficit, I ate less and did more exercise in the form of cardio. I ran and swam for several hours every day.

Another piece of advice was to eat little but frequently. My nutritionist told me to eat three main meals and three small snacks in between.

I religiously calculated my calorie intake and expenditure.

This recommendation sounded logical to me. I was taking approximately 1500 calories a day and burning 1700 calories, including my metabolic rate. This regime put me a 200 calorie deficit in theory. Since I was not losing weight after several weeks, I increased my workouts in cardio form and reduced calories by cutting fat from my diet.

I thought I could burn the calories by undertaking excessive cardio and eating low calory food.

I learned how many calories for each food type. I also used exercise monitors to count the calories I consumed. For several weeks, I counted calories taken and spent and recorded them in spreadsheets.

I was burning the calories with my extensive cardio, but I was not losing any weight.

The problem was excessive glucose in my bloodstream. Constantly feeding six times a day, my digestive system did not get a chance to rest, recover, and initiate fat burning.

Later I found out that high and frequent insulin release to my bloodstream created the main weight management issue. When insulin was high, my body did not burn fat.

Insulin took the sugar from my bloodstream and converted it to fat molecules.

Insulin is, of course, an essential hormone for our health. However, excessive insulin release caused metabolic issues for me.

In those days, I did not know I was carb-intolerant. After many tests and a family history examination, it became apparent. My parents and close relatives experienced diabetes in their middle ages.

A functional medicine practitioner confirmed that my problem was high-level glucose in my body, which converted to fat with constantly releasing insulin spikes. Due to excessive insulin, my bloodstream caused fat accumulation. The fat manifested mainly in the abdominal area.

Even though I was young, having fast metabolism and undertaking excessive cardio, my belly grew. The practitioner confirmed that insulin had prevented my body from burning fat as fuel.

Not losing fat with the calory deficit did not make sense to me. According to my calculations, I was supposed to be lean. But I was growing belly fat. My body fat ratio increased in this regime day by day.

The hunger was caused when insulin removed the glucose from the bloodstream. It caused the feeling of starvation. I craved more food. My will power did not work. My stress level dramatically increased. My cortisol level became elevated. And sadly, my testosterone level dropped.

Later I learned that hormones like insulin, cortisol and testosterone play a critical role in weight management.

By learning the importance of these hormones, I made significant lifestyle changes with support from a functional medicine practitioner.

I changed my eating and exercise habits. I decided to remove the snacks and reduced eating to only two meals a day. Between the last meal and the first meal, I ensured there were at least 16 hours of fasting window.

I added more protein and fat to my diet and dramatically reduced carbs.

After a while, I started practising intermittent fasting reducing to one meal a day. I was eating only within an eight-hour window.

When I started feeling better, I cut the carbs and replaced them with healthy fat.

In a few months, my body became fat-adapted. It burnt fat naturally. My constant hunger and food cravings disappeared.

The food was delicious when I was physically hungry. The food turned to be fuel. I stopped eating to numb my emotions.

I reduced cardio and increased resistance training. My workouts were intense and short.

I stopped counting calories—no more recording in a spreadsheet. The only mechanism was to listen to my body for hunger signals and energy drop.

In a few months, I lost ten pounds of fat, not weight, as confirmed by Dexa scans. Losing solid fat, especially from the belly, was an outstanding achievement. My fitness, health and overall well-being substantially improved.

This eye-opening life lesson stuck with me for many years. I don’t count calories anymore. My focus is hormonal balance with a lifestyle aligned with my genetic makeup.

Original version of the story is here.

More stories from Dr Mehmet Yildiz and writers in Longevity and other communities.