Social Media continues to grow. What kind of impacts does it really have on us? 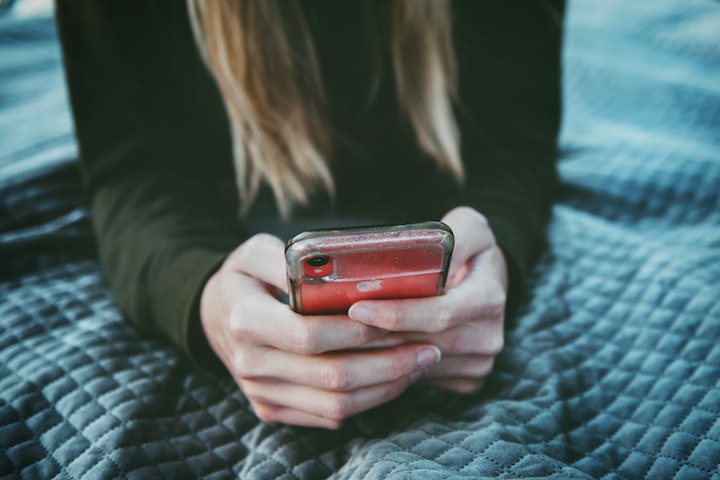 It has been estimated that over 80 million lives have been saved because of Penicillin, a drug implemented in 1942. Without this drug, 75% of people would not be alive today because their ancestors would not have survived. The science, technology, and creation of drugs is a miracle. We can all be thankful for the lives that have been saved and bettered because of the research that has been done. Unfortunately, drugs are also misused which leads to many negative effects. The negative effect of drugs was never the intention, but that makes them no less real.

In the early 2000s social media began to grow like wildfire. By 2010 millions of people were active on social media. Suddenly, old high school friends and college roommates reconnected, thousands of photos were shared across the globe, and it became easy to show off your new car or toys or wagon wheel chandelier. Our lives would not be the same today without social media. In fact, sometimes it’s hard to imagine what life was like before it. The benefits, advantages, and opportunities of social media is evident. I’m not so sure however that we realize the potential damages and dangers of these incredible platforms.

And so, I ask- Does social media make us more or less connected?

On the surface the answer is clear. One could reasonably wonder if there is anything on earth that makes us more connected as a society than social media does. In many ways, I couldn’t agree more. I think however if we dive deeper, we discover things that aren’t so apparent on the surface. We begin to discover that social media does things to us that we do not realize.

Before I really dove into this, I wanted to hear what other people had to say. So naturally, I went to the place I go when I want to hear other opinions- social media. Maybe it is a little bit ironic that social media is the first place I thought to go, but there is nowhere else I could have received dozens of responses in just a couple of hours. I posted two different questions on my Instagram story.

1. How has social media made you happier/ more connected/ positive results?

2. What negative impacts has social media had on you?

Answers came quickly and were fascinating. I was expecting a wide variety of ideas and opinions, and certainly, there were, but what really struck me was how consistent almost every answer was. The results boiled down to this.

Learn from others Miss out on being fully present

Before I delve into the responses, I want to set the stage with some eye-opening facts about the impact social has. The Royal Society of Public Health conducted a survey where they asked questions to about 1,500 people ages 16-24. The following stats were retrieved.

1. According to the survey, Instagram is the worst social network for self-esteem.

3. More than two-thirds of young people want platforms to highlight when photos of people have been digitally manipulated.

5. 30% want to go even further and have social media platforms institute a cap on usage, which would automatically log them off after a certain amount of time.

6. Rates of anxiety and depression have increased 70% in the past 25 years.

7. 7 out of 10 young people report experiencing cyber-bullying through social media.

8. Of those who were cyber-bullied, 91% said that no action was taken by the social networks to reprimand the bullies or prevent it from happening.

9. One group of researchers was able to predict depression with up to 70% accuracy just by studying a person’s Twitter posts.

10. About 20% of young people admit that they wake up in the middle of the night to check social media. This leaves them 300% more likely to feel tired the next day (when compared to their peers who sleep through the night).

11. 70% of teens report that they’ve received support of some kind through social media during difficult or trying times.

After reading these statistics the responses I received made so much sense. I began to understand why my friends responded to my questions the way that they did. I would like to highlight a few things that have become very apparent to me. One, social media is addicting. Next, one reason it is so addicting is because it has so much good. And lastly, while social media does help us stay connected to other people, that connection does not provide positive feelings.

Do you ever wish that you didn’t have access to something that you do? Maybe it’s the doughnuts in the pantry, the Xbox downstairs, or your Netflix subscription. Whatever it is, sometimes we don’t have as good of self-control as we wish we did. Young people certainly feel that with social media. They genuinely wish that they did not spend as much time on it as they currently do, but it is a trap. They can’t give it up. Many wish that there was a time cap that would stop their access to logging into their account because they know that is the only thing that will stop them from scrolling when their self-control won’t. The feelings and hormones that are released, namely a feel-good hormone called oxytocin, are simply addicting.

Social media offers so much. Whether it is cute dog videos or inspirational quotes there is much good that can be found. It can be a source of learning new things and receiving news updates. One reason that a friend of mine said that they like social media is because it gives them an opportunity to lift others up. I hadn’t considered this selfless approach. With the bounty of good on social media, it is little surprise that we naturally go to it without even thinking about it.

Remember that time when you got to see Uncle Dave for the first time since 2007? Or when you ran into your old elementary school friend at the grocery store? You know, those kinds of interactions that leave you happy, fulfilled, and content with life? You could have chatted for hours, but the ice cream in your shopping cart was beginning to melt and so you figured you better get home. Social media does not leave us with those same feelings. More than half of my friends said that comparison is one of the hardest things for them about social media. Three of them quoted President Theodore Roosevelt who said, “comparison is the thief of joy.” Unfortunately, when we see what our friends and family are doing on social media, rather than be happy for them we often compare our current lives to their glorified social media life.

In conclusion, my point is that we must be careful. Social media is an incredible tool that has allowed our society to grow and connect in a way it never has before. But like drugs, if social media is misused, which it certainly is, then it will cause much damage to our society, mental health, and hearts.

More stories from Chris Davenforth and writers in Longevity and other communities.