This is the Second Time That Writing Has Saved My Life

by Carl L. Lane 5 months ago in humanity 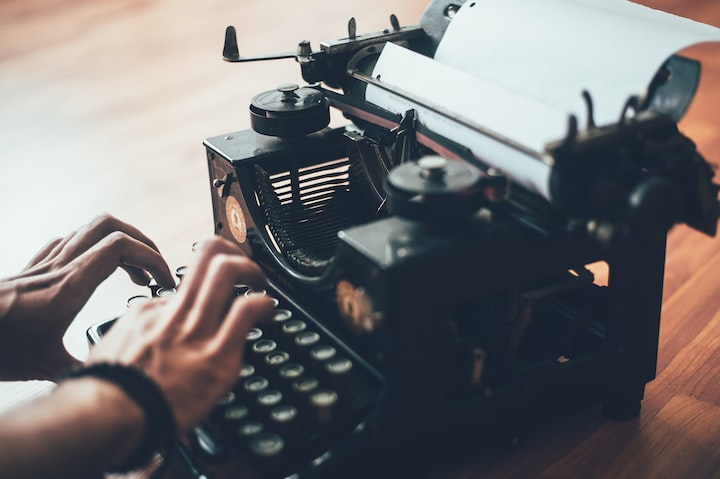 I grew up poor, in a poor neighborhood, full of middle class people. I didn’t read. I didn’t know anyone who read any book, except the Bible. There might have been a partial set of encyclopedias or something old and handsome that had been handed down, but never read.

I was just another kid that was supposed to find a job working with his hands. Hope for twenty years on a job and good benefits. Dream of college, wake up to construction site. Work as long as your back was still good.

In the 7th grade I had an English teacher who said I had some talent as a writer. She had me stay after school and played music for me from artists she thought were poetic. Dylan, Stevie Wonder, Smokey Robinson.

In the 8th grade I had an English teacher who thought I had some talent. She made me read my essay in front of the whole class. I was not a good reader. I read very slowly; I stuttered when I did read, and I was and still am shy.

In the 9th grade I had English for first period. I had become an aspiring fuckup by then, and I was late for class every day, but my teacher never wrote me up or sent me to the principle’s office.

She always wrote nice compliments at the bottom of my essays, but she was known otherwise as a mean teacher. We kids called her a bitch when we spoke of her.

Mrs. Kennedy kept me after class one day. And when I walked up to her desk, expecting to be written up for always coming in late and only doing about half of the assignments, she had tears in her eyes.

People in my neighborhood were always too concerned with how the lights were going to stay on, or if the landlord would give them an extra week to come up with the rest of the rent. A kid reading a book might as well have been a Martian phoning home.

Mrs. Kennedy was shocked, but also saddened. She shook her head when I told her that I’d never read a book in my life. She wanted me to write for the school newspaper, but I didn’t know what any of it meant.

What I did when I wrote an essay or a book report, just seemed so simple to me. I was just writing words down on a page. It seemed like anyone could do it. Having never read a book in my life, it was hard for me to wrap my mind around the idea that someone could do something with words that was special. It was just copying words down on a sheet of paper.

By the 10th grade, I was smoking weed and drinking every day. I started selling drugs at school. Eventually, I ended up at a school that was said to be for bad kids. If you came to school and did your class work each day, the teachers were happy, but if you came to school every day and did no work, no one would say anything to you about it. It was the kind of school you dropped out from.

I had an English teacher there, at the school that had been nicknamed, Criminal’s Last Chance. One of her optional assignments was a book report on The Crucible, a story about the Salem Witch Trials. Since we’d already read the story out loud, as a group in my old school, I decided to do the assignment for easy credit.

I wrote the report, simple and easy, not thinking much of it, feeling like I had pulled off a heist. The teacher didn’t know that I already knew what the story was about. Days after I turned the report in, the teacher kept me after class, but there were no tears in her eyes.

She refused to give me a grade. She said I had plagiarized it. She didn’t know where I had stolen it or from whom, but she said, “There is no way a little thug like you could write like this. I have a masters degree, and I can’t even write like this.”

I stood in front of her desk, wearing my big gold chain, probably still high from the joint I’d smoked at lunch. I’d pretty much given up on school by then, but something about the way she looked at me made me want to fight for that grade. I didn’t know if I’d ever do another assignment in the class, but I wanted the one grade I had earned. I wanted to take it from her.

I dropped out the next semester. I read my first book at twenty, some crappy commercial thriller. It was slow going. It took me forever. But I still didn’t get how it could be anything more than just writing words down on paper.

And then I found a book by the Nobel Laureate, Toni Morrison, The Bluest Eye. The heavens opened to me. This was extremely heavy reading for me then; every bit of it was slow and labored. But as I read very slowly through Morrison’s work, I began to see how it was that a person could actually be special at writing words down on paper.

What she was able to do with the English language was clearly special, even for a guy who had only read three or four books by then. It was like watching someone jump from a mountain top and fly.

Graham Greene and Flannery O’Connor and Gertrude Stein and James Baldwin and Ernest Hemingway followed. And when I had spent years looking for that job with good benefits, only to end up feeling lost and hopeless, I survived long enough to enroll in a commuter college with nothing more to count on than two teachers who had said I had some talent at writing a good essay and one who had thought I plagiarized a book report.

It changed the course of my life. It was late in doing so, but it snatched me from the jaws of a world that wanted to swallow me whole. Writing gave me hope. It gave me my own set of wings with which to fly.

I could feel the wind in my face. I published some short stories in college. I won some awards. And even when I couldn’t afford grad school, I never regretted a moment of it. I could do something that other people couldn’t do.

I recently started teaching creative writing to young kids. It fills my heart. I search the eyes of each of the students for some spark, some sign that they have that thing within them, that can only be seen by certain eyes, heard by only certain ears.

I suppose I'm searching for the next Toni Morrison or Thomas Mann; hoping the next Junot Diaz will stumble into class with an over-stuffed backpack slung over his shoulder one morning. But more than anything, I'm nourished by those moments when a shy smile or an unexpected laugh reveal what writing is doing for yet another life. I hope I have helped some other kid discover my salvation.

Losing my job to the pandemic was scary. I bought a house just two years ago. But I am starting to get back into writing shape. It seems like destiny. It seems like when religious people say they have been born again. It seems like maybe writing will save my life again.