LB
by Lexus baskin 6 months ago in marriage 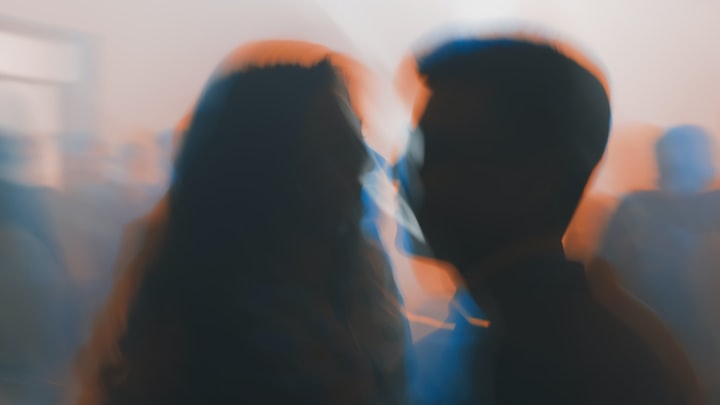 Photo by Daniele Riggi on Unsplash

Chapter 3: Dewayne was getting ready to leave this morning to meet up with his teammates so they can leave for their game against the Falcons. I kissed him goodbye and told him to be safe and win his game. After he left I called Pastor Leon and asked him to come by so I could talk to him. An hour later he arrived without his wife. “Where is Melanie?” “She’s at her mother’s house, he told me.” But something in my spirit wasn’t feeling right with Pastor Leon. Don’t get me wrong he was a very sexy man and only to be 32 years old and have his own church. But I’m married and he’s married so I just told him to come back when he meets back up with his wife. He said his goodbyes and left. I grabbed my keys and jumped into my car and drove to my dad’s house. When we moved to New Orleans I had him moved down here too so we could be closer. I got there and he wasn’t at home, I dialed his phone and he told me that he was at the doctor office and that he will call me when he gets home. I left his house and went to get my nails and feet done. When I arrived at the nail salon I bumped into Melanie the Pastor’s wife. I could tell that she wasn’t happy to see me especially by the look she gave me. “Hello Ebony!” she said with an attitude in her voice. Of course I gave her an attitude back Hello Melanie! What’s your beef? She claimed that she didn't have any beef. “Cut the bullshit Melanie I can tell in the tone in your voice that you have a problem with me.” Then her eyes started tearing up. “I’m sorry Ebony. I have a feeling in my heart that Leon is cheating on me; and I know for sure that it’s with the women at our church who are either old or young and ugly. I feel that Leon has his eyes on another woman and I saw on his phone that you were the last person that he talked to on his phone. “Let me stop you right there, I don’t want your husband. I'm happily married.” “Then why is he calling your phone late at night?” “Bitch check with your husband, I said as I stormed off.” Soon as I walked in the salon my phone rings and of course it’s Pastor again. I ignored his call and then blocked his number. I was just trying to be part of the church community and live life like Christ would want me too. I wanted to call Dewayne and tell him that we need to switch churches. But then I thought about how I am going to explain the reason. I don’t want my husband thinking that I’m sleeping with the Pastor. My nails and feet were finally done and I felt like a new woman. I called Dewayne’s phone and a woman answered. “Who the fuck is this, I asked” Then the phone hangs up! Anger and hatred filled up in my system. I called his phone again and it went to voicemail. “You laid up with a bitch and can’t even answer me like a real man and tell me, Dewayne I will never forgive you for this.” I left the voicemail on his phone with tears in my eyes. I can’t believe this I gave Dewayne ten years of my life just for him to cheat on me. Divorce is not an option for me. I’m going hit him where it hurts, play a nigga at his own game. GET EVEN! Be on the lookout for part 4 it's getting more intense as the story goes on. Thanks for reading and continuing to read this series. Leave a nice tip if you love the series. Thank you!