My dating choice earned me a cow’s bodily fluids

by Eshal Rose 8 days ago in dating 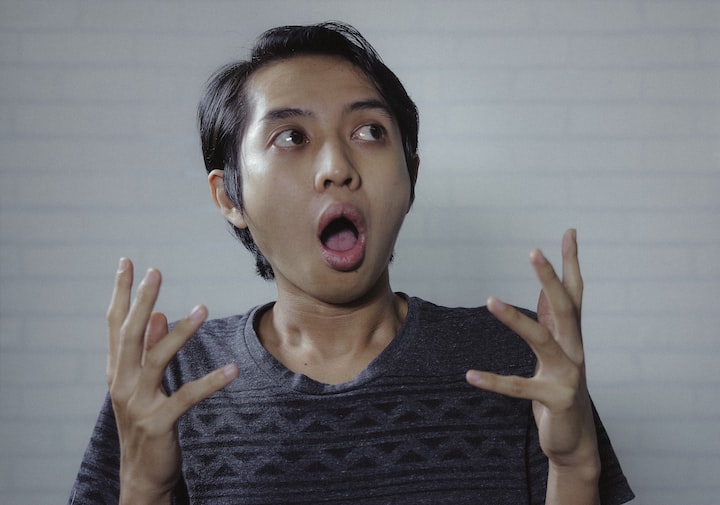 Photo by Afif Kusuma on Unsplash

I had the same reaction when my friend tried to sprinkle some fluids on me, that some innocent cow had discharged.

A year ago, I met someone wonderful. From intellectual to emotional connection, everything about us was out of this world. Everything I had dreamed of in a partner came to me in the form of a six-foot-tall, beanie loving man.

With just one minor issue.

He was a Muslim.

Since I am a Hindu, it was like the Universe was playing a joke on me, while sending in my dream guy.

Caught in the burning fire of passion and love, we went on a date, anyway. What harm could one meeting do? It would be a crime not to explore this connection.

It turned out to be the best date of my life.

My friends knew him and of our plans to meet up. The day after I met them for dinner, and they were eager to know how it went.

In between butter naan and chicken curry, I gave them an overview of what had happened on our date.

“Is that it? Ugh, you never give us any juicy details!” said my best friend, rolling her eyes at me.

“I’m not saying anything more,” I said, laughing at her reaction.

“Did you kiss him?” asked my friend’s soon-to-be husband.

“Why would I tell you if I did?” I said, sticking my tongue out at him.

“You did, didn’t you!?” he exclaimed, while I continued giggling. “You kissed a Muslim! I have to purify you with gomutra now.”

I couldn’t believe what I was hearing.

“What the heck! You can’t be serious.”

I laughed again, shoving some uncomfortable feelings aside. His statement offended me, but I said nothing. I knew his religious and political sentiments very well.

Gomutra has the power to cleanse

In the Hindu religion, we consider cows holy. This is the reason Hindus abstain from eating beef. If you visit India, you can see cows roaming on the streets, or in between traffic. Cows have a high status in the community. We worship them and treat them like Gods.

Their urine is even more precious.

Gomutra is widely promoted for health benefits and is used as a medicine in many South Asian countries. We also use it in religious ceremonies and rituals for cleansing or purification.

People now take gomutra shots for health. Yes, I have trouble wrapping my head around this one too.

You can find distilled cow urine for human consumption on Amazon.

And it’s more expensive than milk! Selling cow’s pee is a lucrative business.

This is what my friend wanted to use on me.

I won’t lie, gomutra has been spritzed on me a few years back during a holy ritual in our ancestral house. After performing the last rites for my grandmother, the pandit sprinkled it all around the house. It is a part of our religious practices.

But for someone to tell me they would do it because of my dating choice was infuriating.

Education does not guarantee freedom from stupidity

Three weeks later, it was time for my friend's wedding. Two days before the D-day, they scheduled a puja at his house. It was an event for family and relatives. The rest of us were asked to join for lunch as the ritual would last the entire morning, starting at dawn.

As I stood outside their house along with other friends, the bride and groom walked out in a traditional sari and dhoti.

“Don’t enter the house!” he said, pointing at me.

“Not again.” I rolled my eyes at him.

“You kissed a Muslim. Let me first get the gomutra.”

“So why exactly are you marrying this fellow?” I asked, turning to my best friend.

“You know how he feels about Muslims. He’s just joking.”

“He can feel however he wants but, this is too much. I’m trying my best not to punch him in the face right now.”

“I wouldn’t mind if you did,” she said, laughing. “Get the prasad from the pandit.”

Stepping into the house, I saw him coming towards me with a brass pot in his hand. He dipped a finger inside and flicked it at me, while I ducked and crossed him, sprinting towards the pandit.

After praying and receiving the prasad, I walked over to him with a victory smile.

“Oh look, I am inside your house!” I said, laughing at him.

“You should drink some of that,” I said, pointing at the brass pot in his hand. “Maybe, it will purify your brain.”

I successfully walked off with no bodily fluids on me.

Days later, I considered talking about it to my partner. But I couldn’t. If I had felt so furious and insulted, how would he feel knowing someone thought he was dirty, based on his faith?

My best friend told me her husband was joking, and most of the time, he was. But the fact that he thought an upper-class Hindu woman like me had committed a heinous crime to kiss a Muslim man was off-putting and offensive.

What surprised me more was that this was not coming from an older person but someone young and well-educated. Someone who I have been friends with for over four years.

Religious discrimination exists in the minds of everyone, and we are all to blame for letting it fester.

There’s no need for gomutra, but we need to cleanse our minds. Whatever our faith is, we are all human. That should matter more.

Receive stories by Eshal Rose in your feed
Eshal Rose
Read next: How to Volunteer for Giant Panda Conservation in Chengdu