What is it? Does it even exist? 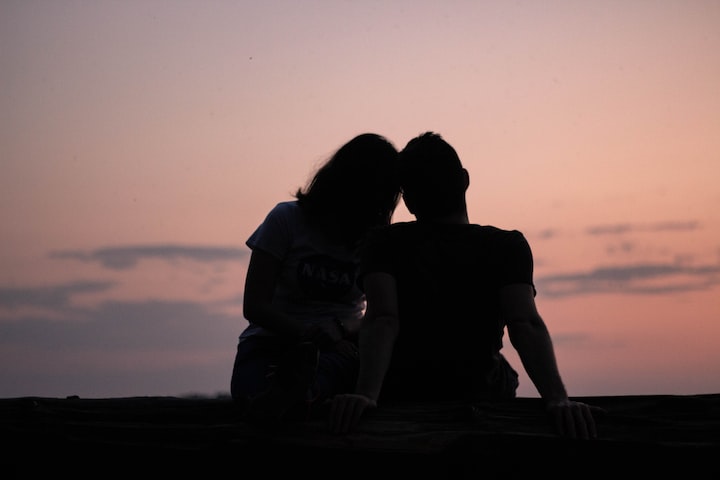 Photo by Anastasia Sklyar on Unsplash

What is it? Does it even exist?

Not according to my older brother.

He was the source of equal measures of both sage and flawed advice for me in the wake of my marriage breakup more than ten years ago. I was upset and sorting through weighty philosophical issues. He was on hand to provide the wisdom of his four extra years on the planet.

‘Love?’ he repeated, slowly shaking his head. ‘Ah. But, Michael, love is just a trick to make us breed’.

He was almost certainly confusing ‘sex’ and ‘love’. He would not the first male to make that mistake. Regardless, despite gross generalizations and quantum leaps of logic, I knew that there were sometimes fragments of truth amongst his proclamations.

‘I want to know what love is!’ the lead singer of 'Foreigner' belted out in the eighties, wavy hair flying in the breeze.

I didn’t know what love was then, that is for sure.

I initially thought that I did when I was about 12. That was when I first felt inexplicable and soppy feelings for one (then later another), pretty girl at my small country primary school. This pattern repeated throughout my teen years at secondary school, becoming more complicated and powerful as sexual feelings were added into the mix.

Don’t get me wrong. I did not allow myself to think in a sexual way about any girl who I thought I was desperately and irrevocably in love with at a particular moment (I say ‘thought’ because increasingly I had never even spoken to the object of my affections).

The particular girl in question was on a pedestal, and I did not want to sully the crystal pure feelings that I imagined I had for her. It was hard enough anyway to have a conversation with pretty girls by my mid-teens when I could hardly formulate words in their presence. I did not want to complicate the issue further with the guilt that I would have had if I had started letting sexual fantasies enter the picture. I’d often blush when speaking to girls, a clear sign that I was capable of having impure thoughts.

My feelings were not about sex. This was about love. My sexual feelings – there were plenty of them on multiple occasions every day – were reserved for a whole different sort of girl.

A few of my school friends’ mothers were inexplicably sexy to me at that phase of my life. One woman in particular would look at me coyly, or so I imagined, and I would instantly feel tongue tied. I’d toss and turn at night wondering what ‘it’ would be like.

I may have had unacceptable fantasies about that mother.

Regardless, I was desperately in love from a distance as a teenager, up to 6 months at a time, with certain girls.

Was I in love?

Does love even exist?

Not much more, but a little more.

I wanted to believe in love and to be in love, ergo I imagined that I was.

It all took place in my head, at least from 12 until I was 17. I can’t claim that my feelings were reciprocated because I usually did not act on them to find out. It is likely that the targets of my affection for those 5 years had no idea that I felt anything towards them or that I even existed.

I now know that it is common for people to become infatuated with somebody who does not share the feeling and may not have even noticed the existence of the ‘infatuee’.

My big brother added to his earlier advice when the topic of internet dating came up as I visited his home.

‘You’ve just got to stop looking so hard for the right person’, he sternly lectured.

He spoke to me as if I was a simpleton.

‘Just get on with your life, doing what you need to do’, he continued. ‘What will happen is that one day you will become aware that there is a woman there who has indeed noticed you. She’s probably been there the whole time, looking at you and showing interest. But if you go actively looking, they (the women) will just melt away into the shadows’.

‘They can smell the desperation through the internet’, my younger brother added mischievously. He had just happened to be passing through the room.

I thought about all this in the months which followed.

I even spoke to her.

I noticed her big brown eyes and dark flawless skin the first day I saw her. She smiled cheekily at me and, in an era when seating plans were less common, maneuvered herself over the weeks that followed so that we sat together in class. We were both well behaved high achievers, so the teacher did not seem to be concerned or even notice when I gave Tony, the expressive tall Italian-Australian boy I’d previously been sitting with, the flick.

We didn’t talk much or touch but her presence next to me was something inexpressibly wonderful. Naturally my thoughts were pure.

She was still on a pedestal, after all.

We did touch when we danced at the first school social. Her hands were soft, warm, and strong, in contrast with another girl that I danced with that night.

Her father was a primary school principal and the family transferred away shortly afterwards.

It felt like love at the time. In hindsight, who knows? It was attraction certainly, not the first and not the last.

By the time of my first marriage, I’d fairly much decided that the sorts of feelings I’d had in late primary school and high school were probably more about me than the reality of the situation. That sort of love, looking across a room and eyes meeting and thinking ‘She is the one’ – well, that probably didn’t happen in real life to adults. It was restricted to books and movies.

So, I married a good person. I was 24 when we met, she clearly liked me, and she could be fun. We shared some common interests and views about the world. I did not have mushy feelings, my heart did not beat strangely when I looked at her, but maybe this is what adult relationships were supposed to be like. Arranged marriages would not work otherwise.

I was not a schoolboy anymore, so I manned up and did what adults did. We married in my late twenties, built a house and had four wonderful children. We travelled when we could, played sport and had several other couples with children that we were friends with.

I was fairly happy and I loved being a parent.

I was sometimes troubled by the effects other women had on me. There were moments of spark and attraction, but I behaved and generally got on with being a good father and breadwinner.

When I was busy and getting on with life (as my brother advised me years after all this), I met a woman who I felt straight away was The One. I wasn’t consciously looking for a new partner, but our eyes met across the room.

I was gone. F**ked. In love. However you wish to phrase it.

We talked easily and I found her incredibly appealing. There seemed to be inexplicable connections on all sorts of levels.

I could not stop thinking about her and even dreamt about her at night. I was in love, schoolboy style, except miraculously I could speak to her! She made me feel incredibly good about myself in our brief but regular interactions. It felt right.

But there was a problem, a rather huge one. I was married, in my forties and had a wife and 4 children who I did not want to lose or upset. I was very aware of this. The subject of my awe was also younger, and I did not want to become a stereotype of a certain type of middle-aged man, despite having recently purchased a red car.

So, I got on with life and tried to achieve other goals that did not involve a new partner, while privately pondering answers to a number of questions.

Was this love or a midlife crisis?

Does love even exist? Or was I again looking for something to fill a void in my personality and outlook?

Fast forward 17 years. Then scroll back mentally through film footage of those seventeen years.

I see it all in fast motion. The painful 6 years which followed that moment when I had inexplicably met my soulmate in circumstances which were completely wrong. Those 6 years where I got on with life and tried to ignore my attraction to her - and yet felt guilt for the affair which I had never even had.

Then my partner of 25 years deciding to end the marriage, followed by the 2 and a half years of grieving, limbo and guilt which followed. Who could blame her? Nobody wants to feel second best. This was followed by slow healing and my decision to throw caution to the wind and pursue what I wanted romantically.

Next month it will be ten years since we started our relationship. And, yes, she is the one I met eyes with across a room 17 years ago (when I was not really searching) and felt powerful instant connections with.

I’m not going into detail except to say it feels like love to me.

Sorry, big brother. You were wrong on this one.

It is like when I was a schoolboy except that I can speak to her. She is no longer on a pedestal – surely nobody can be as the years together fly past? – but there is something between us that logic can’t explain.

I hear the lead singer of ‘Foreigner’ singing that power ballad again, coincidentally from an era of my youth when I did not act on those sickly soppy feelings.

‘I want to know what love is!’ he belts out, wavy hair flying in a breeze definitely generated by a large fan.

I think I can now answer that question.