by Babs Iverson 8 months ago in humanity
Report Story 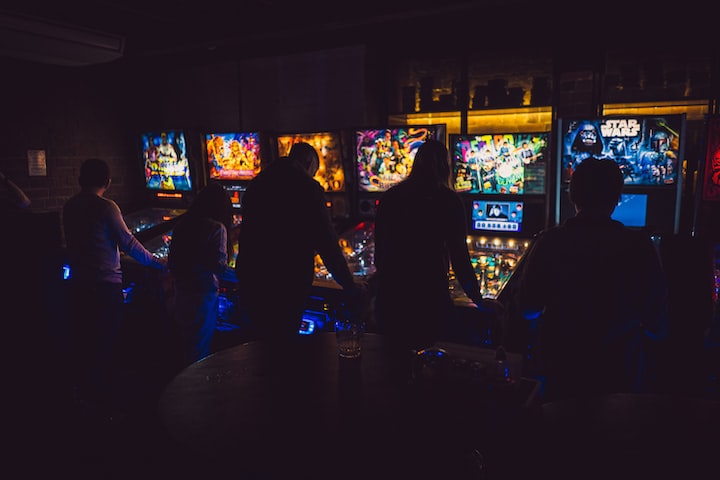 Photo by Chris Andrawes on Unsplash

Just joking! It's a joke! Why can't you take a joke? Can you relate? It's not a trick question. It's not a joke! As a firstborn with three younger siblings, my responsibilities were numerous. In addition, my astrological sign is Capricorn. Well, it's all seriousness stuff. It's taking care of business! It's the bottom line! It's doing the right thing. Right!

Now, the current challenge is to write about a true story with childhood friends. If your second childhood counts, my co-worker friends pulled many shenanigans and late-night activities that you may or may not believe. This is a true story. It's how I remember it. I'm not responsible for the other persons or their memories. It's my story, and I'm sticking with it.

While the occasion wasn't important, "Why?" you ask? Because we were creative and invented reasons, there was always a reason. That's why the particular occasion escapes me. I do know that it wasn't anyone's birthday.

Letting off steam, my co-workers and I are partying. Our mantra is, "Work hard! Party hard!" The location of our festivities was a dimly lit arcade somewhere off Central Freeway. The arcade wasn't far from Greenville Avenue. With most of the light being emitted from the arcade games, there were two pool tables, recalling. Beer and pizza filled the air.

Obviously, we had a very stressful week. Time to let loose! We were well overdue! If the truth were told, we had it up to our eyeballs with stress that month.

Hanging around the pool tables, six from our group played pool. While my co-worker friend and I played pinball, my game of choice. After playing pinball with my co-worker friend, we came across a game called "Wacky Gator!" If ever there was a stress reliever, Wacky Gator was it. It was my relief! My cure!

Because my co-worker friend was laughing so hard, it drew the attention of others who were curious to see what was happening. The only thing happening was my kicking ass on the Wacky Gator game. Stress released!

Afterward, whether I looked stressed or not, they jokingly said, "It's time for Wacky Gator!" This reminds me of the birthday lunch for Bill (not his real name). The four of us went to a popular pizza place on Greenville Avenue. Having such a good time and not wanting the fun to end, Bill decided to call the office. After using the payphone, with an authoritative posture, Bill returned to our table. He informs the workgroup that he called us in sick with food poisoning. You heard that right! Food Poisoning!

For months after, the teasers and jokesters would chide, "Stay away from the pizza food poison place!" We didn't avoid the pizza place. Besides, everyone knew it was a ruse.

Speaking of ruses, three of us went to a restaurant on upper Greenville Avenue. The restaurant offered a complimentary dessert on your birthday or birthday month; whichever, the rules were not defined at the time.

After being seated, we ordered an appetizer for the three of us. Following up with each ordering our favorite burger, mine was the avocado burger along with an order of fries to share. Because the avocado burger was my favorite and regularly ordered, I am absolutely 100 percent sure of my order.

Nevertheless, we were joined by two more co-worker friends. A few of the members of our group were having more than their fair share of beers. It was party time! On the right of the dining area and our table, there was a pool table. We played pool, laughing and having an amazingly good time. When we were back at our table, Hal (again not his real name) informed our waitress that it was his birthday, she quickly appeared with a huge slice of Mississippi Mud cake with enough forks for everyone to have a taste or bite.

As you might have guessed, it wasn't Hal's birthday. This started the joke, it's my birthday! Each and every time we returned to the restaurant someone would say, "It's my birthday!" Incredibly, without fail, the waitress brought us a slice of the decadent chocolate Mississippi Mud cake. Everyone indulged and savored. (The picture above is not the real Mississippi Mud cake.)

As they say, all good things come to an end. The joke ran its course. The ruse lasted for three or four occasions. Beginning a new policy, the restaurant required you to show your driver's license. Showing a license with your birthday being that particular day, then, you received a huge slice of Mississippi Mud cake.

Joking and teasing wasn't and isn't my thing; however, our workgroups' comradery was a fun and happy time. Eventually, we moved on with some friends staying closer than others. For a while, the laughter held us together.

More stories from Babs Iverson and writers in Humans and other communities.