by Angela Fosnaugh 3 months ago in advice 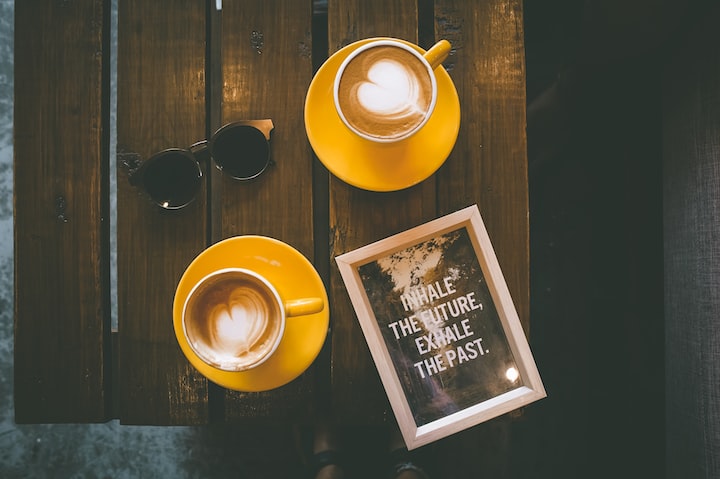 This part of the series will be focused on the fact that you unknowingly got involved with a narcissist. The mask kept their true identity hidden. More likely than not, you didn’t become aware of their true nature until they showed their true colors. None of this is your fault!

As the relationship starts, they mirror you. If you look back at the beginning, you’ll notice that your every wish was their command They begin by giving you everything that your heart desires in order to sink their claws deeply enough or so they think. They then begin to devour what they’ve captured. They are the epitome of self sabotage.

They don’t realize that in order to be loved, they must love. In order to be shown respect they must give respect. They are total hypocrites. They are the ones whose motto should be “do as I say, not as I do”. They believe that they are above morals and integrity. I mean, if you truly see what lies within a narcissist, you’ll see that they lack ethics of any kind.

As the relationship deepens you’ll see the mirror shatter. The glass, now broken, scattered shards and they intend to cut you with every piece.

This was their plan all along. Narcissist cannot love. They’ve cut off all emotion from such a young age and are now unable to feel real human emotions. Heartless. Soullesss. Now they want you to feel just as they do.

They want to hurt you, on purpose. In the beginning their soft, gentle facade is just part of the character they are playing. They want you to open up about everything that you love, what you can’t stand, what makes you happy and what makes you sad. Your past, present and your future plans because while you’re opening up the book of you, they are taking notes on how to use all of this information against you in the future.

You did nothing wrong! You didn’t know you were playing with the devil. You couldn’t see the face under the mask, smiling as you were hurting, laughing at the pain they’d caused but once they slipped it off, you deemed it too late but it’s never too late. The most important thing I hope you take away from this is that you deserve everything that the narcissist cannot and doesn’t care to give you. They are selfish beings only pretending to care. They don’t know how to truly care about anyone but themselves.

Don’t ever stay with an abuser just because you’re afraid of being alone. I guarantee that life with a narcissist is way more lonely than being alone.

After I realized what and who I was dealing with I wanted him to lose my number because when he’d pop up trying to initiate contact with me, as they all do, with everyone whos discarded them, it actually made me sick to my stomach and he would give me anxiety because I knew something that was totally uncalled for was about to be said. I had never had anxiety in my life. I may have had my nerves shaken a time or two but this was just a pure gut wrenching, sick, feeling of anxiety because he thought he could treat me this way. It wasn’t the type of anxiety where I was scared, it was the type where I wanted to come through the phone and give him a dose of his own medicine but face to face. They are such cowards. If I would say anything ill willed, he’d have to go into hiding, under his shell until he felt it was safe enough to come back out just to do it all over again, complete self sabotage.

Time exposes everything. They believe that their fake persona can be kept up forever but they eventually show you and everyone around them who they really are. Narcissist are lonely people. They spend countless hours trying to get others to admire them just to undo what they worked for in no time.

They are masters of manipulation but they are not masters of their own game. Eventually they lose. You are the victor. If you were discarded by the devil, trust me YOU won!

You can find me on social media.

Creative soul who loves to create through the use of words & I feel that my heart is full of words, waiting to be put together. After self publishing 3 books I want to get my work out for more to see it is indeed my heart & soul on paper.

See all posts by Angela Fosnaugh →