I Was Once Heckled by a Vietnam Vet in High School 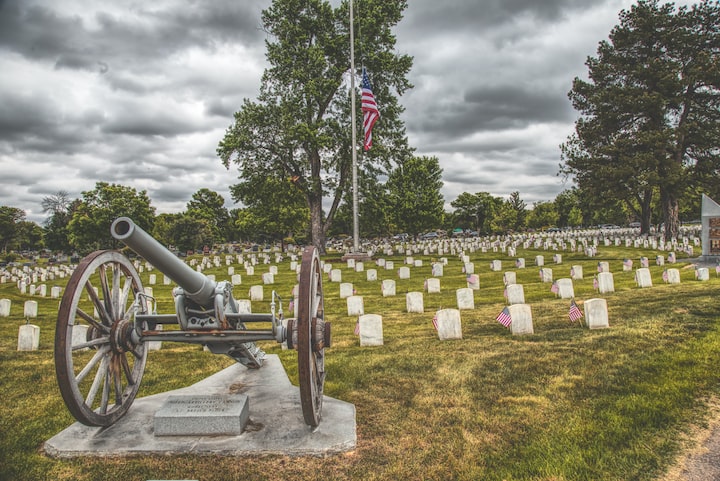 Let's start with the obvious...

War is hell, I think we can all agree on that. Whether you support nation-on-nation violence or not, it's clear that war is not a fun thing. Well, maybe to some. And no, I have never, nor will I ever (hopefully) fight in a war. Psychological warfare, maybe, but that's neither here or there.

This is a story about how I was once openly heckled by an inebriated (or so I assume) Vietnam Conflict veteran during a high school play. I will not defend myself nor will I paint the veteran as an asshole for doing so. Here's why.

Where it all began:

I was an early lover of the show It's Always Sunny in Philadelphia. Original, offensive, completely irreverent. This was my Senior year in high school, 2006, and the show was on its second season. It is now 2021 and yes, it's still on the air, proof this show is good and has staying power that rivals The Simpsons.

Out of context, the above clip is crude, unnecessary, and quite frankly, waiting for 2021 to cancel the ever-loving shit out of it. In context, it's a brilliant joke with an extremely clever set-up. The character of Charlie is one of TV's greatest idiot ball carriers of all time.

It was late (I was a bit of an insomniac in middle/high school) and FX blared on the divorce gift television in my bedroom. Delirious, I absorbed this joke and couldn't stop mentally quoting this moment in my head for days after.

Meanwhile, my high school theatre company was just about to dive into the Fall show, Everything But The Truth, a show you've never heard of. You've never heard of it because -- you guessed it -- we wrote it. Yes, completely incapable high schoolers wrote a play about the nature of truth and why we lie. Sometimes it's to protect others, but most of the time, it's to protect ourselves. Deep, I know.

I thought I was capital T, capital S, The Shit. We were about to craft something through improv, only to script it before technical rehearsals and sadly for everyone, I thought I was a pretty good writer. After all, one of my friends once said I was her favorite writer, despite the fact I had only posted one unfinished chapter of a story on a Xanga blog.

(Side-note: If you didn't have a Xanga blog, you were missing out. I wish I could find mine.)

Because of that, my ego ran most of the scenes I was in. Trust me when I say I tried to shoehorn myself into everything. And trust me when I say there were some people who were sick of me pretty early on. Like the time we were in rehearsals and I monopolized so much of the dialogue that my scene partner broke down mid-scene and told me to shut the fuck up and let him talk. Our teacher/director gladly did nothing to stop him.

At the time, I thought they were lucky to have someone as charismatic as myself as one of the leads. After all, no one else was going to carry this cast on their shoulders.

I could have used a few doses of self-awareness then, I am self-aware enough now to say.

The only reason we ever interfaced to the point he learned to hate me was because his house was the party house. The father of a cast member, he tolerated the dozens of theatre kids who frolicked his property with the fear of a Denny's waitstaff after a high school opening night.

But he loved his kid and wanted to be there for the misfits. He probably saw a lot of us in him. In his day, you joined the military if you were a high school misfit. We just joined theater.

As an overweight (and therefore overcompensating) teenager, I made sure I was the Belushi of every room. I threw every joke at the wall, I overtook every voice, I wanted to be seen more than I thought I was. And he saw right through me.

He had the same patience Lieutenant Dan had for Forrest Gump, except he never came around to respecting me. He just looked at me every time I entered his home like so...

After many a drunken night -- either spent tailing a girlfriend heading off with someone else or bouncing around social group to social group -- I got official confirmation.

Oh yeah? Well, I still had my talent.

The play consisted of vignettes all centered around "lies."

I was in a scene where I tortured a woman, Guantanamo Bay style, only to reveal it was a test all along and that she could, indeed, become a secret agent in my agency of secret agents. My ex-girlfriend's ex texted her and said I was incredible, relenting to the fact that I, in fact, finally bested him on the stage.

I was in a scene where, when faced with a school yard fight challenge, my adversary and I both mutually agreed to tell our respective friends "THERE WAS SO MUCH BLOOD!" This was the second scene to be lifted directly from It's Always Sunny in Philadelphia.

But the moment that got me heckled by a man who, I assume, saw other men mutilated in jungles?

The play opened with a series of quick vignettes where parents had to tell their children where babies came from. In an act of self-unawareness, I played a drunkenly abusive Vietnam veteran who, when asked where babies come from, screamed "VIETNAM!" (The 'goddamn' was cut for language by our director.) I proceeded to roll around the floor in a violent flashback only to insinuate "Charlie" dropped babies from the skies like agent orange.

It was a comedic moment.

The heckle was a combination of guffaw and a muffled "Fuck you!" from the crowd. For a millisecond, I stopped in my own tracks, a master thespian thrown off by a belligerent audience member. But instead of Patti Luponing him in front of the rest of the theatre, I soldiered on.

No one talked about it, especially not his daughter. We all let it wash over us.

That night, I sat with it. I didn't sleep (as if I ever did, but that's for another story). You see, some people learn humility secondhand, be it from television, the lessons of their parents, a book, a teacher, or any other source. Rarely do we ever get put in our place in real-time for everyone to enjoy.

My scene partners (most of them, at least) had to take pleasure in the humiliation I received. Our teacher and director must have thought it was well-deserved.

I sat with it all night and realized something I wish I had learned a long time ago:

The pain of others isn't fodder for your comedy.

I was an edge lord, after all.

There wasn't an actual term for it yet at the time, but I thought I was the envelope pusher the world of performance never knew it needed. I could turn Vietnam into comedy gold like my favorite show (at the time) did, after all!

But I never took the chance to get to know him. I never thought to move past his disdain for me and sit with him so we could get to know each other. Instead, I used his trauma and harrowing life story to power my turbine comedy engine. And there was no stopping this train.

At least until the heckle.

I (obviously) still think about it to this day. I became more sensitive to others. I listened to people and their experiences. A hard-earned lesson I had to learn for myself, because my parents were never going to teach me.

No, it had to come from the drunk or high -- I believe -- Vietnam vet in the back of a crowded high school theater.

Or "Theatre" for you true thespians.

More stories from Andrew Martin Dodson and writers in Humans and other communities.