Do Women Lie More Than Men?

by Brody Stubbs 4 months ago in advice
Report Story

See the Most Common Lies I Tell 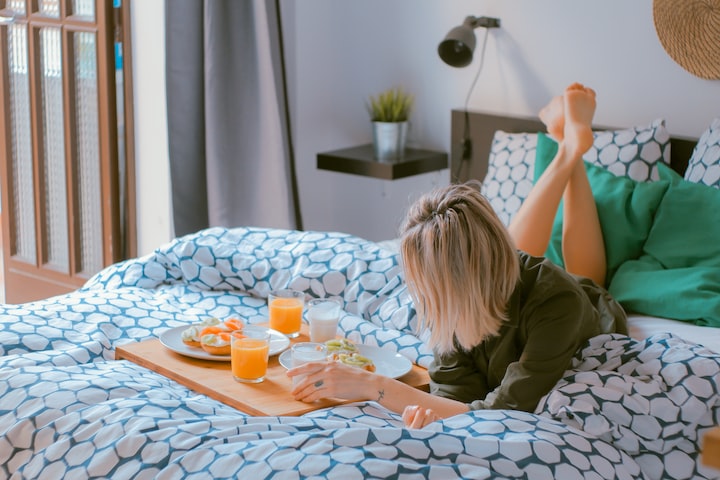 Popular lies about women… just the simple expression sends you thinking of the most famous "lie" told by almost every woman in the world: "you are the only one for me and I only loved you"! Without malice, women often believe what they say, but they have long forgotten how much they were in love with Mike in the fifth grade or how their knees were shaking when they saw John in high school!

Yes, at this moment you are the only one (hope), but there were others, don't get excited! It's just one of those harmless lies, but it's pretty far from the truth!

This article will make a detailed inventory of the most famous donuts said by a woman in a relationship; to simplify, they are categorized.

Popular lies to women about your appearance: "No, I don't think you're bald, your forehead is a little higher!", Or "No, you didn't make a big belly, that's how all mature men are!" and the cutest: "You look the best of all my ex-boyfriends!"

Women are not pathological liars, but these little donuts are sometimes said just because you don't want to hear the truth! And you do the same, you trust her that she still looks good with five extra pounds, that only if you tell the truth, life as a couple would not be so rosy!

And how could she say that an ex-boyfriend looks better, such a thing would offend you, but especially her! A woman can only find a better partner than the last one, it's a rule!

Popular lies about women about sex: "Yes, it was incredible!", "Yes, I had two orgasms last night!". Don't be paranoid and think that you are always lying, but women often feel the need to caress male pride and sometimes say a donut-like this! This does not mean that they always mimic orgasm, but do not think that every time you are so good, you only provoke an orgasm by touching them!

Discussion between their girlfriends:

Just a joke, don't get upset!

And what magic is this, that if the relationship ends, at the next relationship, the woman will also have three ex-boyfriends? And how women are so lucky: it seems that the current boyfriend is always the best in bed! So the next one will be even better and so on!

Popular lies to women about household chores: "I don't mind washing only my clothes, it's a woman's business anyway!" No, she's not upset that she always washes her clothes, but when she leaves the house, she feels the need to throw a glass in the door and no, she doesn't get upset when you get a little dirty, let him get rid of his nerves and then come home and smile at you!

Men may not know how many of the annoying things about housework are left between women, who do real swearing-in sessions with their partner!

Popular lies about women about your salary: "It only matters to do what you like!", "I never wanted a guy with money!". No, most women don't just look for a guy with money, but that doesn't mean they stubbornly refuse to go out with such a guy: "I'm sorry, you have too much money for me"!

When she serves you such donuts, she just wants to make you feel better because on her birthday you bought her a greeting card and a plush bunny, while her ex gave her gold jewelry and clothes! So it is one of the most harmless lies, just meant to protect your dignity and pride!

Popular lies to women about your friends: "I was just nervous when I made your drunk friends stupid, you know I love them", "Yes, X is a sweet boy, you can invite him to us, but I'm busy Town"! Be realistic: your girlfriend will never like your friends!

Maybe he will tolerate them and treat them nicely, but he won't like it! And even if they are okay people, the problem is elsewhere: the girlfriend will always be jealous of anyone else who steals from you and for whom you have affection: your mother, your grandmother, your friends! And that's just because he loves you so much!

A conclusion that can be drawn: if it were their words, women would not want a handsome, intelligent, successful, and full of money guy at all!

More stories from Brody Stubbs and writers in Humans and other communities.