by Whitney Smart about a year ago in humanity

How Americana Permeates Black Culture And The African Diaspora. 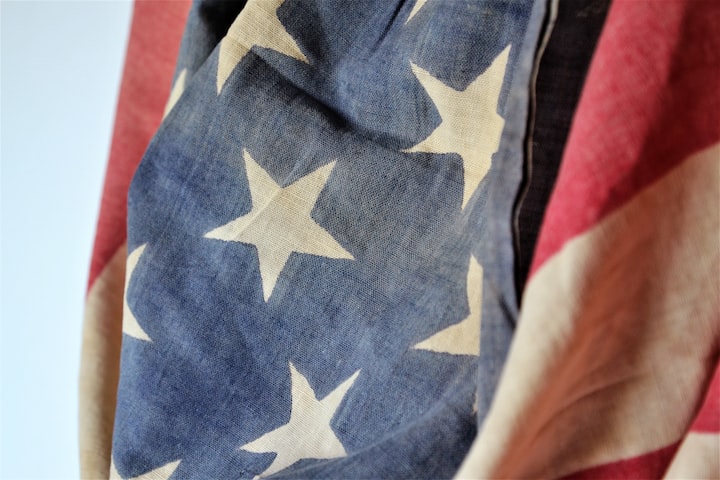 I had never heard of Americana prior to moving to the United States in 1998. While I definitely understood that there was a distinct American culture, I had no real revelation of it until I actually lived in the States. To truly understand Americana, it is my personal belief that you need to fully engross yourself and be submerged in American life. You need to work or go to school in the US, pay taxes to the US government and be eligible to vote. When you are “living the American dream,” this is where you get to witness the phenomenon that is Americana in action.

The term Americana was first coined in 1841 and was largely used to describe American culture, history and the distinct characteristics that were unique to America. It was a term that was mostly associated with a genre of music, primarily Country music. Over the years it has evolved and adapted, moving from a national pride philosophy that seemed to include everyone who identified as an American, to people who identify as nationalists or worse, white nationalists. Americana does not include the history of enslaved Africans in America. It does not include the genocide of the Indigenous people by the early settlers and then eventually the US government. So in and of itself, Americana is a lie. It is the white-washed version of American history and it primarily celebrates whiteness. Being an immigrant and observing Americana as an outsider has been a fascinating discovery of my own community in the United States. Black Americans (specifically Black people born in the US) are very different from Black people elsewhere. While this may seem like a very simple and obvious statement, it is not. Because of the influences of Americana on Black Americans, how they respond to things that they do not understand is very similar to the way some white people respond to Black people.

The first time I had an awareness that something was different was when I started paying attention to the way the American media reports on acts of domestic terrorism. There have been several incidents over the years, from the DC sniper shootings in 2002 to the Boston Marathon bombing of 2013. In every incident, the American media makes it a point to distance themselves from the perpetrators; to make them as un-American as possible. If the suspects were born in the US but spent time outside of the US being raised elsewhere, that is singled out and highlighted, as if being raised outside of the US is the sole reason for someone to commit a heinous crime against Americans. There are implications and leading statements that leave viewers and readers with the impression, while never stated openly, that if these individuals had been raised in the US, this wouldn’t have happened. They conveniently turn white domestic terrorists and white supremacists into “troubled young men,” who just need a little help and empathy. And white Americans fall for it, as evidenced by the enormous amounts of money that are raised for these killers when they are arrested peacefully by police officers. They are taken by officers to fast food places to eat before heading to jail. They are allowed to walk around with AR-15’s around their necks because they are not seen as a threat to police. Recently, the current President of the United States made excuses for the latest “troubled young white man” who went to Portland, Oregon where there were Black Lives Matter protests and shot two people. The shooter was offered water by the local police and after shooting two people dead, had multiple police cars wiz right by him even though bystanders were screaming at them that he had just killed two people. But white privilege saves them over and over and over again. They get to go to jail and have tax payers dollars support them for life, while Black people are murdered by law enforcement and white supremacists with no regard for their life and no due process of the law. There is no accountability for the death of a Black person at the hands of a white one. But I digress.

So it is so fascinating to me to watch Black Americans in many ways adopt some of the Americana attitudes of their white counterparts. The worst is when they perpetuate this towards other Black people within the diaspora. There is this sense of American entitlement that some Black Americans have embraced. It goes so far as to imply that while other Black people cannot adopt American culture because it is uniquely American, Black Americans have zero issue including aspects of the diaspora that they choose to incorporate. Whether it’s wearing waist beads, African prints and head wraps or eating beef patties, jollof rice or any other non-American Black food, Black Americans have no problem taking from the diaspora whatever suits their cultural needs in any given moment. It is considered appreciation in their eyes and a nod to their ancestry. However, if other Black people do this with American culture, it is a problem. Some Black Americans also adopt the Americana attitude of distancing themselves from any Black person who is not an American whenever said person does something unsavoury or displeasing to the general Black delegation. The most recent example of this is with the Tory Lanez and Megan Thee Stallion shooting incident. Tory went from being one of the biggest names in R&B and Hip Hop during the quarantine for both his album Chixtapes and his too hot for tv Quarantine Radio show on Instagram, to (literally) a petition being started and signed for him to be deported back to Canada once Black American women conveniently remembered that he is Canadian. This is the privilege of Americana. It is a privilege that Black Americans indulge in at their discretion. And it is a privilege no other Black person has within the diaspora.

Most Black Americans in my experience are completely unaware of how they incorporate or apply Americana attitudes and behaviours towards their other Black brothers and sisters. They tend to treat us as if we are animals in a zoo. I remember listening to a famous Black DJ interview the reggae superstar Koffee sometime last year. He was asking her about her dreads and assumed that she was a Rastafarian simply because she had them and was from Jamaica. It never apparently once occurred to him to ask her if she in fact was a rasta instead of just assuming that based on how she looked and where she came from that she was one. I remember watching that interview and I felt so angry because it felt like he was doing to her what some prejudice white people and non-Black POC do to us. In watching interviews from Black Europeans to Black Africans and West Indians, I can honestly say I have not seen the reverse where other Black people make assumptions or buy in to stereotypes about our own. I’ve never seen someone interviewing a west coast rapper and asking them if they’ve ever been shot. Or asking them if they smoke weed. Or assuming that if they have dreads that they are a rastafarian. As Black people raised outside of America, most of us have a world view when it comes to the African diaspora. What I specifically mean by that is most of us outside of the US have travelled to other Black predominant countries, whether they be in the Caribbean or in Africa. We have family there that go back and visit often or occasionally so we have the added benefit of exposure to other Black cultures to understand how we are both alike and different. My experience of a lot of Black Americans is they have never left their state much less the country. There were any Black Americans I met who didn’t even have a passport. While there are many who travel and travel well, they are the minority and not the majority of Black people in America. In no way am I implying or saying that ALL Black Americans are ignorant to the ways of Black people outside of America; I’m simply saying a lot are.

If we as a diaspora and community really want to see real change, it starts with us internally first. There are a lot of issues within our community that we need to work on concurrently while protesting and marching for equality and justice for all. Black men and women have a long way to go in healing some of the wounds that have torn us apart. Black heterosexual people and the Black LGBTQIA+ community need to come together, heal and learn from one another. The Black cisgender and transgender communities need to work together and uplift one another in healthy ways. Light skinned and dark skinned Black people have a lot of healing to do together. There is SO much work that needs to be done by us, for us. Adapting the attitudes of American nationalism via Americana when it never was meant to apply to Black and Indigenous people to me is not only dangerous but also traumatizing to our community. It continues to wedge a divide that doesn’t even really exist since we ALL came from the same motherland. While we had different routes of getting here that should be celebrated for sure, let’s not get caught up in the divide and conquer strategy of colonialism. All of our differences as the African diaspora should and deserve to be celebrated. They should not be means of us tearing each other down. We deal with that enough from others outside of our community. Let’s not continue to perpetuate that towards each other. This is our time of reconciliation and healing. Let the work begin.

Receive stories by Whitney Smart in your feed
Whitney Smart
Read next: His Strangest Desire