by J. L. Cross about a year ago in advice
Report Story 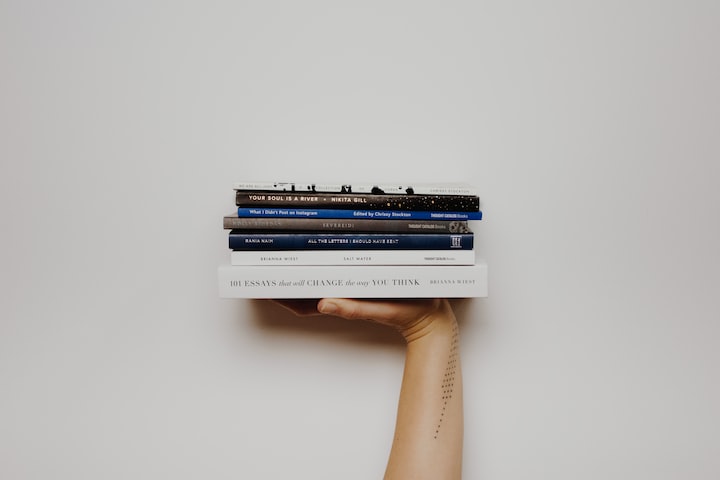 Oh- Yes! I've been waiting to get around to this one. I've been digging my heels in and thinking about the stereotypes/ tropes I hate the most in books and why. I've looked them all up, turned them over in mind a million times, made pros-cons lists and then hesitated before I made the final decision of what's the most cringe worthy and what's not-so-cringing.

Let's get started. *Wink-wink* [I can't wink, so this is especially hysterical as I look like a mangy cat having a seizure while attempting one.]

This is on my "bearable" list but also -sigh- "boredom" list. It's the same thing every time and it's hard to find a new angle. Our main protagonist is always putting our dreamy lover in the friend-zone and getting into the worst relationships with the worst- and I mean worst possible people.

I don't have too much to say about this to be honest, but I hypocritically need to admit in a full suit of honest armor that my very own protagonist is in an Enemy-Friends to Lovers situation. With the right twist on the story I think it's still a successful trope to follow. A Lot Less Cringe.

This one is entirely cringe-worthy to me. I've been married before and I was naive enough to think that he was my "soul mate";excuse me WHAT? It's improbable. There are way too many dreamy, sexy, high-strung, and dazzling men in the world of fantasy and fiction for me to think that there's Soul Mates. To be frank, as a married woman [for the second time] I've done a double take at a pretty man before. I still love my husband, but the existence of temptation in itself reassures me that the concept of Soul Mates is far-fetched. In my opinion it makes for a horribly boring story. I want the main character to gasp and drool over an array of potentials, their beauty, and their sheer feminine/ masculine presence. It's just entirely too satisfying to read about someone that has the natural instincts like all of us to be tempted and drawn to more than one devilish relationship. Cringe Worthy.

I love this one. I can't help it. Romeo and Juliet, Lucian and Sonja, and so many others. I have to draw the line though, if you look up "forbidden love" you'll get a lot of incest examples. WTF? I wasn't expecting that to be honest. I see forbidden love as the 2 characters (or polygamy) that are drawn apart no matter what they do because their parents, society, or social standards are telling them the relationship is entirely inappropriate. Let's draw the line in the sand with the weird incest and pedophilia crap on one side and us on the other, okay? I have to admit though, I'm a bigger fan of the rebellions that come with out of this trope. I don't like the types that think it's better to die with each other rather than simply rebel. Rebellion is just another whole pot of gold that can be dug. Nobody can do anything with dead leads: Shakespeare... I'm talking to you. A little Less Cringe.

This is just an, "I don't have the balls to tell them I have a crush," bull$h!t excuse to write a love story with the lovers entangled from the beginning. It's word after word, chapter after chapter, of me just wanting the author to say "They f*@^ed". Yikes, I wasn't intending to be so forward about this one, but that's that. Cringe Worthy

I think my take on this one is just as bad as the soul-mates trope. It's used way too much. I enjoyed only one of these tropes and it came for me in The Game of Thrones [SPOILER] when Arya killed the Night King. Mm, this was the perfect use of this trope because it wasn't a known fact until the exact minute it unfolded. Drool. Unlike GoT, Harry Potter started with the Chosen One drama and followed it through to the end. I'm not a super fan, but at the time they were written the trope wasn't over used just yet. Almost Cringe Worthy.

My conclusion to you is simple: While tropes are often over used and skin crawling, they can be done in style and used correctly. I mean, be creative! Find a way for that trope to fit your story without being exactly like everything else that's getting written or has been written. You're far too unique to use the same old handcuffs in the same old sex-swing.

Looking for more? Visit my Creator page to see more of the articles I'm writing about the topics you're craving!

More stories from J. L. Cross and writers in Humans and other communities.