A Study on Gender "X" and Our Gender Binary System

by Jasmine Smoot-Leyva 10 months ago in lgbtq

How can we truly ditch our gender binary system in the United States, and how can we implement a "third gender", AKA gender "X" in our society? 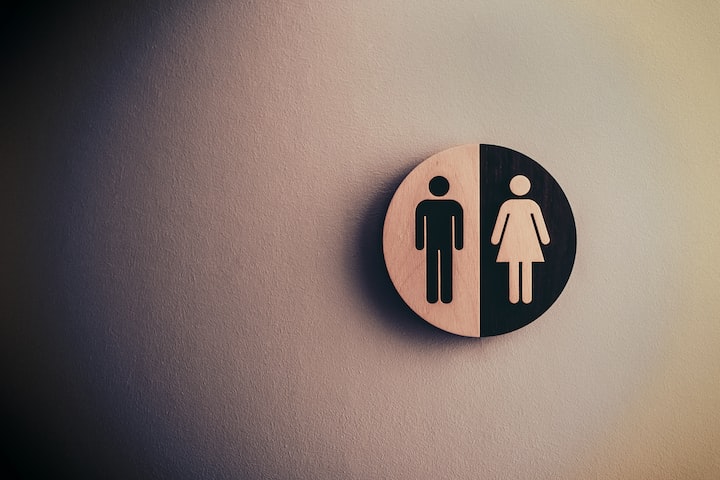 How would the legal recognition of a “third gender” or gender “X” change the lives of non-binary/genderqueer individuals? What are the potential implications and challenges someone would face for identifying as the “third gender”/gender “X”?

In my literature review, I found one particular article that claimed we would be harming society by implementing a gender “X” marker - using outlandish concepts to illustrate their point. While their ideas made sense, I don’t truly believe implementing a gender “X” would completely dismantle our society or the gender binary. And, contrary to the original author’s belief, I expect to find that most people will advocate for the legal recognition of gender “X”, as it seems like an obvious choice and could cause a snowball effect for continuing to further non-binary/genderqueer rights. I also think that most people will agree with my findings that implementing gender “X” could be a lengthy process, and has the potential to backfire and cause further discrimination for those who chose to use the gender “X” marker.

The same study actually suggested the concept of “degendering” society as an alternative to the gender “X” marker. I am not entirely sure on how mt study group will take the idea of completely “degendering” our society, but I do believe that they will agree that our society pushes individuals, especially those in the LGBTQA+ community, to conform to the binary of presenting yourself as male or female, whether or not you identify with that gender.

In order to complete a study on this topic, diversity in the study groups is essential. As not every non-binary/genderqueer person may identify with certain pronouns, it’s important to get as much information from as many people on all areas of the spectrum as possible. In addition to this, it would be vital to have a set group of non-binary/genderqueer individuals who have had some type of experience with medical intervention (whether they’ve had hormone therapy, cosmetic surgeries, or gender reassignment surgery). This group would be important as they could provide insight into the potential problems of having a “third gender” marker - such as discrimination and improper diagnosis, specifically in the medical field. For example, a non-binary/genderqueer or questioning patient may not qualify or could be turned down for hormone therapy if they do not have the gender “X” marker on identifying documents. Furthermore, it would be the ultimate goal to have a study group of people from countries (such as Australia) that have already implemented a “third gender” - specifically those who have gone through the process of getting the change made on their government/identifying documents to see what the process was like and if they have faced any discrimination due to their decision.

The questions I asked my study group are as follows:

My research found that, while implementing a gender “X” in our society would be a great goal to strive for, it should not be our main focus just yet. We need to focus more on media presence and acceptance of non-binary/genderqueer individuals first, as implementing a gender “X” would essentially be useless if we do not have adequate representation. All subjects that were involved in the study agreed that it will take time to “catch up”, as older generations may be unwilling to change. But there are many little things we can do now to speed up the process: use gender-neutral terms if you don’t know someone’s preferred pronouns, get rid of gender norms in your own household (for example, let your son play with dolls, or paint your daughter’s room blue), and teaching younger generations to be considerate and inform them of non-binary/genderqueer individuals.

All subjects agreed that attempting to implement gender “X” in the U.S. would be extremely difficult. As C, a college student from Austin, Texas, pointed out:

“Our culture in the US is deeply tied to Christianity and colonialism, both of which heavily rely on the patriarchy [and] gender binary, so I think pushing for those things can be really challenging here.”

Lastly, all subjects interviewed agreed that having a “de-gendered” society would be the ultimate dream - almost utopian. Therefore, we can’t have high hopes for this idea.

My study concluded in surprising results. I thought more people would advocate for the implementation of the gender “X” marker in the U.S., but all agreed that we are far from that goal, and we need to take baby steps to get more spotlight shown on the non-binary/genderqueer community.

The strengths of this study were that all individuals interviewed identified as non-binary/genderqueer. While they do not necessarily speak for the entire community, I believe they have better insight into certain implications and problems that CIS individuals may not be concerned with. However, this study did have its weaknesses: none of my subjects have actually gone through with any medical intervention, and only three subjects have actually considered it for themselves. Therefore, I was not able to determine discrimination or prejudice against non-binary/genderqueer individuals; nor were any of my subjects able to recall any instances of this happening to them personally. Additionally, because most of my subjects were found online, they were from all over the world: while one subject here in the U.S. didn’t think they would be judged for being non-binary, another subject I interviewed from Hong Kong was actually still closeted due to the constant discrimination. Therefore, it was difficult for me to pinpoint any real, solid complications with introducing a gender “X” marker, as each individual and location came with its own set of problems.

I’m a professional photographer, filmmaker, musician, podcaster, and author based in Dallas, TX. I'm obsessed with tattoos, my two huskies, and being my own person.

See all posts by Jasmine Smoot-Leyva →