by Richie Micheal about a year ago in marriage
Report Story

Can I Convince Him to Marry Me? 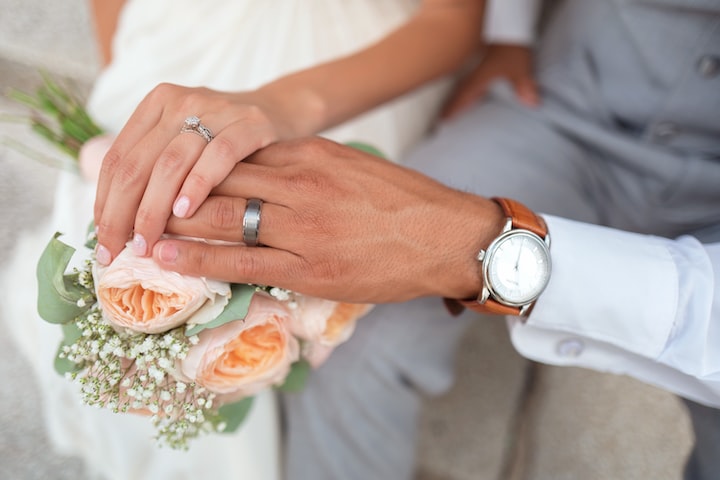 Photo by Drew Coffman on Unsplash

You want to get married and the man you plan on marrying doesn't seem to be on the same page as you.

There's one thing in your life that you wish for on a daily basis but at this moment it feels like a distant dream. Your boyfriend is more than content just being your boyfriend even though you feel it's time to take things to the next level and begin your journey as a man and wife.

Maybe you've tried some not-so-subtle hints to move him in the direction of a wedding. Leaving wedding magazines in full view or describing in pointed detail the exact engagement ring you want may seem like great ways to get him to pop the ultimate question. Unfortunately, those things aren't going to get you anything but a pressured boyfriend. If you're wondering whether or not you can actually convince him to marry you, the answer depends on a whole range of variables.

1. Think About His Reaction When You Talk About Marriage

How does your boyfriend react when you begin a discussion that focuses on the issue of marriage? Does he seem excited? Does he actively participate in the conversation or does he immediately change the subject? You can tell a lot about where a man's mind is in relation to the idea of a serious commitment by how he handles an unexpected conversation about it.

If he's open to discussing the idea of marriage, he's definitely on the same page as you. In this case, it's important that you don't make it a daily part of your conversation, but instead bring it up occasionally and focus on things like the size of the wedding he envisions and when he hopes it will take place. If you integrate it into your conversations without making it the sole focus, he's going to view it as something you both are thinking about and that will help him feel more comfortable about picking a date and choosing an engagement ring in the near future.

In the case of a man who abruptly changes the subject when you start talking about marriage, that's an entirely different issue to deal with. He has no interest in even discussing a more serious commitment, so you'd be hardpressed to get him to want to marry you at this stage.

2. Evaluate His Reasons for Hesitating to Make a Commitment

Any man who shies away from marriage has at least one solid reason for doing so. For some men, it's because they don't feel as though they have their finances in place. For other men, they are terrified that they may be choosing the wrong partner and they'll eventually have to face a bitter divorce. Typically this is felt by a man who witnessed a brutal divorce in his own household when he was a child. You must determine what is causing him to pull back when you talk about commitment.

Many men will avoid discussing what is causing their trepidation and will instead blame it on timing. They'll say that they're too young for marriage or they're not ready to make such a serious commitment. If you two have been dating for some time, you have to judge whether waiting even longer is going to fit within your own timeline of what you hope to accomplish in your life.

3. Decide Where Your Own Future Path Needs to Take You

If you feel that your boyfriend is committed to you and will eventually marry you, you need to establish when that might happen. Have a frank and open discussion with him about that. Explain, in a very direct way, when you hope to have a commitment and why you feel it's necessary for it to happen by then.

Many women live with the mistaken impression that all men don't enjoy discussing relationships and where they are heading. The truth is that many men are open to that as long as the woman is direct and honest about what she wants. In this case, you can explain to your man that you envision the two of you building your life together within a certain time frame. Listen to his thoughts on it and then find a compromise that works for you both if you don't see it completely eye-to-eye.

Dealing with a man who has little to no interest in marriage is a completely different story. In this case, you're not likely going to succeed if you try to convince him to marry you, and honestly, do you really want to be with a man who needs convincing that you're the right woman for him?

4. Explain to him that you just need time to think about what you want out of life.

You need to think about what is best for you emotionally and that might mean you have to take a break from him, and the stagnant relationship, for a time. Then explain to him that you just need time to think about what you want out of life. Taking a step back will not only give you the room you need to assess whether holding out hope he will commit is best for you. In addition, time apart may help your boyfriend to really see that he does need you as an essential part of his life. It may just be enough to get him to drop down to one knee and ask you to be his wife.

Regardless of the outcome of a short-term break, it's important for you to stand strong with what you want out of your life. If that's a man who wants to be your husband, that's what you need to be searching for. Never sell yourself short when it comes to love and commitment. You deserve everything you wish and hope for your own future.

If your man keeps his feelings to himself it can be difficult knowing exactly where you stand in the relationship. This leads to more relationship problems and that wonderfully, satisfying connection you dream of becomes less and less likely.

There is a way to understand what your man is thinking, feeling, and what he needs in order to commit himself fully to his relationship with you. Learn how to get him to open up to you now and your connection will finally become the deeply satisfying bond that you've always wanted it to be.

Discover how she became irresistible and convinced him!

More stories from Richie Micheal and writers in Humans and other communities.