by Nicholas Bishop 8 days ago in tv
Report Story 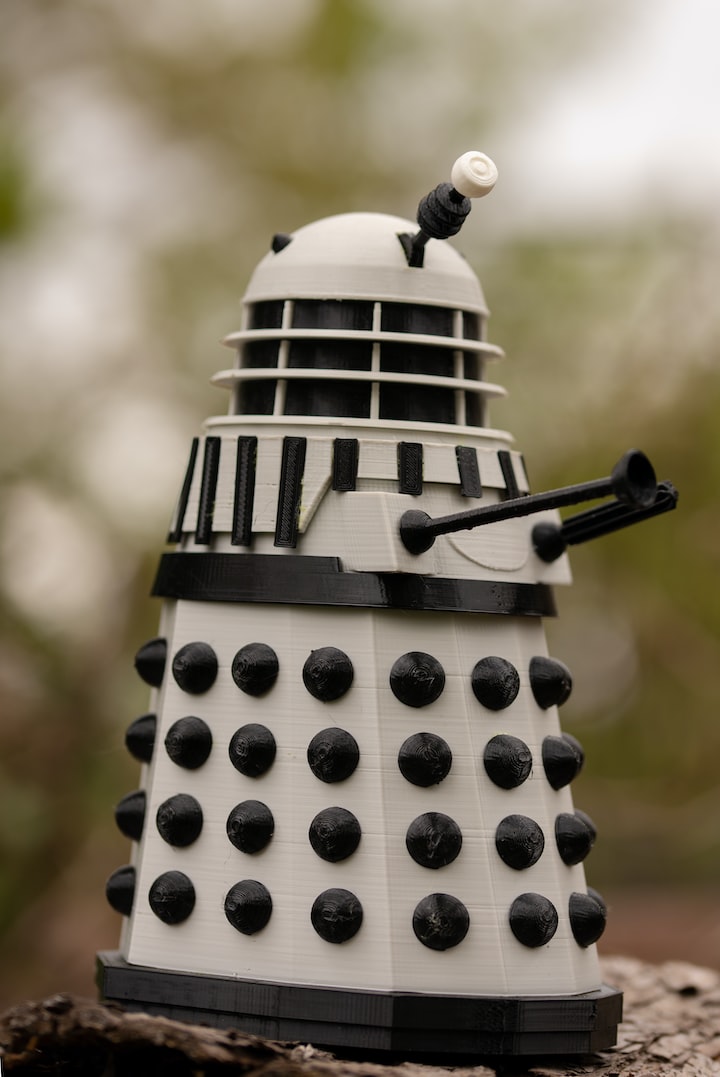 Photo by Charlie Seaman on Unsplash

I remember as a kid and growing up viewing Dr. Who as a must-watch Saturday night event. The Doctor from the planet Gallifrey would battle various threats. Daleks, Cybermen, Sea-Devils, etc, the programme was pure escapism, adventure, and a little scary.

Doctor Who started in the 50s/60s long before I was born. Time Lords as an alien species regenerated into another form but still became the same person. The Doctor traveled through time and space in a vehicle called a TARDIS. The Doctor was never alone in his journeys through space and time. He picked up various people along the way who accompanied him and became involved with his adventures.

Dr. Who is like James Bond in the sense that the character has been played by different actors. From William Hartnell, Patrick Troughton, John Pertwee, Tom Baker, Peter Davidson, etc. Each actor as like Bond brought their own unique take on the time-traveling alien.

Towards the latter years, people like Sylvester McCoy played the Doctor. In those days the programme was losing viewers and the storylines were not as good. So the show was canceled and it was the end of an era. However, 'Whovians' kept the Time Lord flame burning in the hope one day it would return.

Eventually, the programme came back with a new actor Christopher Eccleston. Then the most popular Dr. who took the part was David Tenant. Tenant is still remembered as the best Doctor in years. After that, Peter Capaldi became the next incarnation of the alien. As Capaldi's reign as the Doctor continued viewers noticed some episodes were getting politically correct.

When Capaldi ended his time as the Doctor many thought a woman should play the Doctor. One of the Doctor's most enduring enemies 'the Master' was played by a woman during the Capaldi era. The Master had originally been played by a man.

Actor Jodie Whittaker became the next Doctor and the series became more politically correct. Many traditional Whovians were not happy about the direction the programme was taking. In between the battles with familiar enemies, the content of the sci-fi saga became more and more Woke. Wokeism is a more extreme version of political correctness. Viewers turned off in their droves yes because the Time Lord was now female and for the woke storylines. Whittaker has now quit as the Doctor but many may not like her replacement either. At least more traditional Whovians who remember the Doctor as white and heterosexual. Although the Dr never seemed to be attracted to his female time travelers. In those days politics and sex were kept out and rightly so. David Tenant did have a thing for a female earthing Rose so that was the first time a romance was introduced. Jodie Whittaker's Doctor showed some lesbien tendencies towards her Asian traveling companion.

Russel T Davies who breathed fresh life into the Doctor Who storyline is back writing for the series. Davies has been campaigning for some time that a person of colour or gay should be playing the part. Davies has now got his wish for a black and gay actor to play the part. Some are claiming though that it's a stitch-up. Why because this actor appeared in the Channel 4 hit 'It's A Sin' depicting gay characters in the 1980s. Russel T Davies was the writer behind this series and Ncuti Gatwa (the black and gay character in 'It's A Sin) just happened to be available to play the part of the Time Lord. Hence the phrase 'stitch-up' is being used.

It seems where ever you look now Wokeism rules with Black and LGBTQ+ characters being shoved down our throats. From ads to television programmes and frankly, it is turning many people off. Of course, such people are part of modern life and these days they must be represented. However, both Blacks and LGBTQ+ people are a minority compared to the white straight majority. They are over-represented compared to their small number in society.

So with the appointment of a black and gay actor, Russell T Davies has killed two birds with one stone. How this new Doctor will be received by fans is unknown right now. At 29, the Rwandan-Scottish actor is the youngest person to play the role. The appointment of Ncutie Gatwa as the Doctor will be welcomed by many but it will equally turn off many too.

More stories from Nicholas Bishop and writers in Geeks and other communities.