by Nicholas Bishop 7 days ago in politics 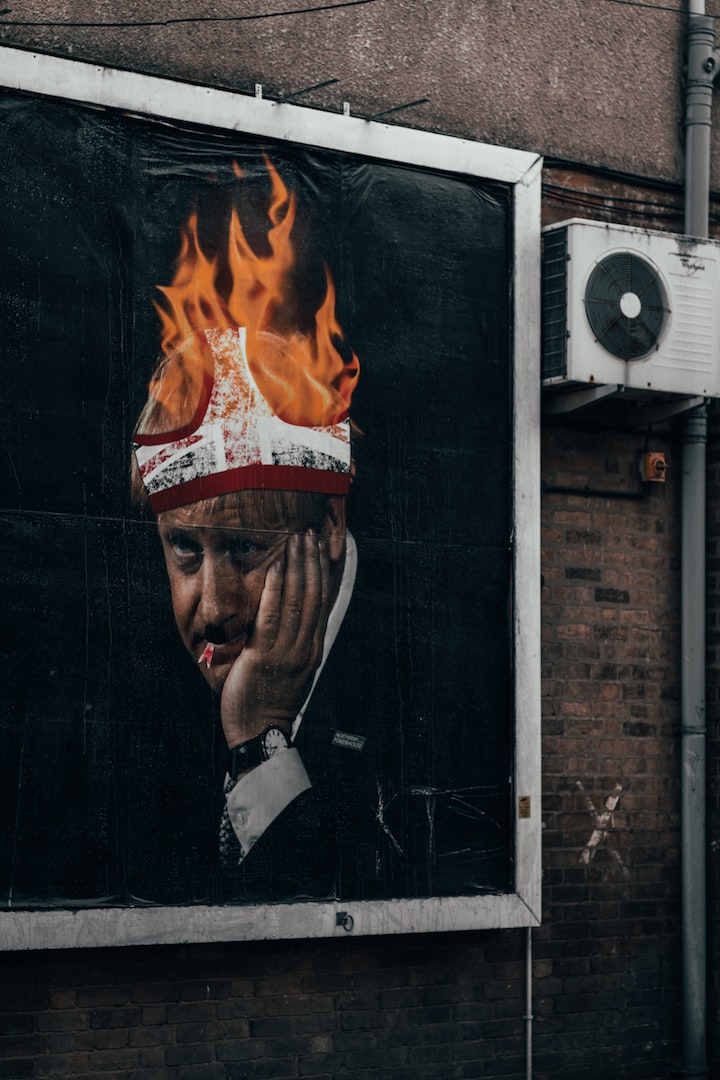 On the back of a severe drubbing in last Thursday's local elections, Boris is expected to reshuffle his cabinet. It is rumoured that Wishy-Washy Rishi Sunak could be replaced as Chancellor by Foreign Secretary Liz Truss. Truss and Sunak are sworn rivals to replace Boris at some point. If this is the case, this will be Truss' star ascending while Sunak's star will be dimming.

Boris was probably going to reshuffle his cabinet anyway. However, with the almost total wipeout of Conservative councillors, this event seems to have forced Boris' hand. It will be interesting to see whose heads roll and who will stay in their current jobs. How ruthless will Boris be in this reshuffle of his current cabinet will remain to be seen.

Last Thursday was indeed a terrible night for Boris. Had this been a general election the Conservatives would have lost their 80-seat majority. Meanwhile, Labour did well, taking seats from the Conservatives as did the Lib-Dems and the SNP.

199 out of 200 councils declared themselves on Thursday night. The Conservatives lost control of 12 councils and 487 councillors lost their seats. Labour gained 5 councils, Lib-Dems also gained 5, and in Scotland, the SNP gained one. The SNP is a Scottish nationalist party and can only stand in Scotland during elections. However, having 56 MPs in Westminster they speak on issues regarding Scotland but also for the rest of the UK too.

Overall across the UK apart from Northern Ireland, the Conservatives lost 500 seats. Obviously, the cost of living is one issue why many turned against the Tories. Of course, 'partygate' is another issue burning in people's minds.

Boris admitted his party had a terrible night and acknowledged people had very real concerns. Labour leader Sir Keir Starmer said Labour had turned a corner and come back from the abyss. SNP leader and First Minister Nicola Sturgeon said Scots had stuck with her and rejected the other parties.

The real success of the night, however, was the Lib-Dems. Leader Ed Davey acclaimed his party's success and to many, their success was the surprise of the evening. Much of the Lib-Dem success came at the expense of the Tories. The Lib-Dems were once in government with the Conservatives in 2010. After the 2010 general election, David Cameron and Nick Clegg formed a coalition government where the Conservatives were the senior partners. The Lib-Dems as the junior members went along with the policies of the Cameron administration. Many of the policies were meant to address the financial black hole that the Brown government had apparently left. To deal with this black hole, the coalition government brought in cuts to public services. This affected the poor and the deprived most of all. The electorate never forgave the Lib-Dems for being part of this and so they suffered at the ballot box. During the following general election, the Conservatives and Lib-Dems operated as separate parties. A single Conservative government was returned to office minus the Lib-Dems. The Lib-Dems spent years in the wilderness and it has taken a good number of years for them to recover.

Boris will want his reshuffle done by the parliamentary recess scheduled for 21st July. This done he and his much younger wife with kids in tow can presumably holiday in peace. However, here comes the rub, Boris will have to address the rising cost of living with the British people. No matter how many reshuffles the Prime Minister does if this matter is not alleviated it will spell more trouble. Labour has been suggesting a windfall tax on companies like BP while people are living in fuel poverty. So far, the government has resisted such a thing but in the end it may have no other choice.