by Christy Munson about a year ago in fantasy
Report Story 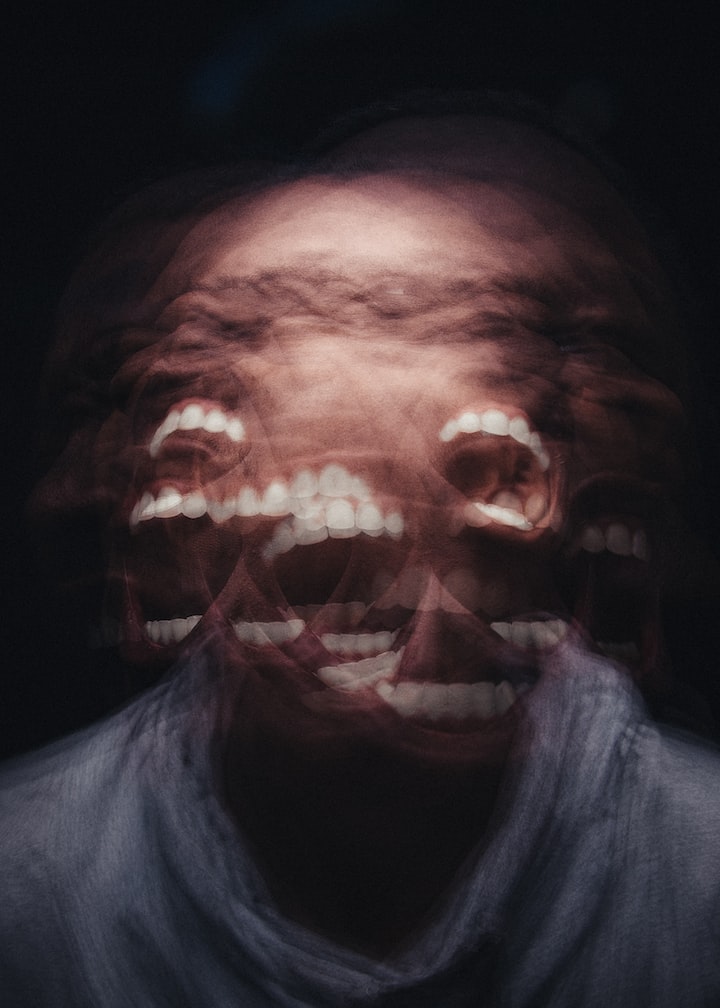 Opaque grains of thin dry sand escape his boot. It streams from the seams of his kakis, too, scattering.

Collecting in piles, it forms a patchwork floor, all dirt and silica and exoskeletons.

Eventually, all that exists is ground to dust.

Whenever the winds whip, sand blasts pelting his skin cruel as buckshot pellets. Lately that's 24/7. Even inside the cannery's makeshift walls and in his bunk.

It's everywhere. Sand. In his food, water. Under his nails. Between his toes. Inside his ears, scalp, eyes. Up his nose and in his mouth and down his throat. It cakes in his pits, stacks along his crack. Sticking to his sweaty nut sack. It's hot as balls.

It clings, itchy, in scratchy patches. Bad as poison sumac he had so long ago, when he was home.

When home was still a place that once existed.

Nothing of the earth he loved remains. Not after Paris.

A hundred storms, hot desert fists, have pummeled the village, in half as many days, depositing shards like splintered glass to bury soldiers, and their new brides.

Humans and their hubris.

Each grain, a reminder of waining time.

Nathan snuffs his boot toe in the sand, extinguishing an imaginary butt. Phantom calf pains screams. He needs to stretch.

But the line has formed. And he stands in it.

Five minutes from now. Precisely at five past noon. Nathan will draw his ticket. The heavily guarded antique black box on the other side of a decaying, rusty wall decides which bottle. And which bride.

Today could be his day.

Apart from sand and droplets of sweat, his uniform is immaculate. His crew cut hair, effortless. The close shave, a work of art. That's all his doing.

But that scowl, fallen ugly as wasted honor, and that smudge of disgust slumping like an anchor round his throat, that's all his father.

Thinking too much, Nathan settles his mind. He plummets, willingly, deep inside the ocean. He sinks so sweetly down.

Nudged awake by his Watcher with the pointy end of the AR-15, Nathan's restored to fully nauseous, picking at scabs.

He and his partner, Nathan's last first date--whomever she might be--are two in twelve.

Like every other soldier in The Pairing, Nathan's rank and title will be observed the moment his ticket drops.

The pertinent details will be carefully entered into his permanent record.

If today's his day, his marrow, tissues, blood, and eyes will be extracted, and catalogued. The rest will burn. As is the custom.

Nathan knows it in his gut. The Pairing will not go well. How could it? Today's a Friday.

Nathan's always imagined living through The Pairing, to be married to a stranger known to be fertile, but the day he always envisioned is a Wednesday.

Since the moment he was drafted into Sovereign Division, he has known this moment would arrive. But he always pictured a pristine snowy morning, a perfect frozen Wednesday, early into golden hour, late into the short shadows of refreshing winter.

February would suit him best, or early March.

He hopes a robin will appear to guide him onward.

The winged creature is his spirit animal. His witness. His mother's Death Form, as bright as Christmas lights. Warmer than a candle through the iced white bark of hardy, needle-less pines.

He always pictures her there, on his his six, covering down.

Nathan received The Call three days ago. Command said Friday. Not eight months out, as is the standard for his unit.

Command means now. In the towering days of angry August. Just three days' grace. And here. Of all the Godforsaken places. In this infernal, primitive excuse for a village. With its toehold on Earth's untethered navel.

Any other place would be better. Even Lexington. Or Lincoln. Or Madrid.

Instead, Nathan's fate will be decided in the parched talons of boiling summer. At midday. At base camp. Inside the inhospitable, crumbling cannery. In front of everyone still standing. Whipped by sand.

Together, soldiers and villagers, the ones not randomly selected, will form a little crowd, gathering round, frightened rabbits. Safe to live another day. Unable to turn their eyes away. Mourning for their volunteered kinfolk, loudly wailing.

They're strangers, some of whom Nathan's met on night patrol. They've stared at one another, faces blank, lacking the comforts borne of language, or any redeemable shared purpose.

None wears a face Nathan ever could imagine loving. But that makes no difference now.

He'll sip and live. Or sip and die.

That is The Pairing.

Stood, still, in line for what feels like eternity, Nathan drips with sweat and impatience. And plops of sand.

The ceiling cakes with yellow mildew.

He imagines his mystery date in shades of white with eyes like emeralds. It's too much to dream of ocean blue.

Anything he can hold onto, to burn down these last insufferable seconds of the great not knowing.

The cannery's dry air is circulated by three overheated fans. It's impossible to differentiate the building's suffocation and that stench of burning dust from one's own putrid skin.

The fans conked out 17 hours ago against the desperation. The soldiers' slow rhythmic breathing kicked in shortly thereafter.

The villagers have no such training.

And no one's fool enough to slip a toe past that thick red line to fix a damn thing.

If it weren’t for The Pairing, Nathan would be at work right now, with his unit, sweeping for mines. Brushing inches-thick dust off the antennae. Restocking the pack animals' feed. Cleaning decrepit weapons likely to explode in impatient hands.

Instead, he's here. Lifting his right boot up one slow low step. Then comes his left, or what passes for it, battered a year back, whacked below the knee.

Nathan thinks about her. His mother. Her soft white ribbons. Her jet black hair. Her smell, like spruce and cinnamon, and rushing water.

He thinks about her Pairing. When soldiers' families still resisted.

When instructed, at five past noon, he presses the squeaky lever using the sweaty digits of his strong right hand. His first and middle fingers click-click the metal pull, tugging lightly, jiggling it to the left. And his pulse escalates.

A twinge cripples his gut.

It's familiar. The nausea of slow war.

One more quarter turn, just a touch more, and it's done. His card flutters into the air and falls lazily down. It sticks, like sand. He steps, twice, to the right, bringing his card to the clerk. His data entered. His choices made.

It's harder, and easier, than Nathan thought it would be: Knowing nothing remains within his control.

His card dropped, his partner's name is chosen. And one bottle of wine, created before all of the earth's wells ran dry, will be opened.

Nathan's bride will be presented momentarily. All that remains is to sip from their shared glass of the last remaining bottle of merlot.

More stories from Christy Munson and writers in Futurism and other communities.