by Heather Kinnane 6 months ago in fiction
Report Story

Sometimes it takes a dare to push you in the right direction. 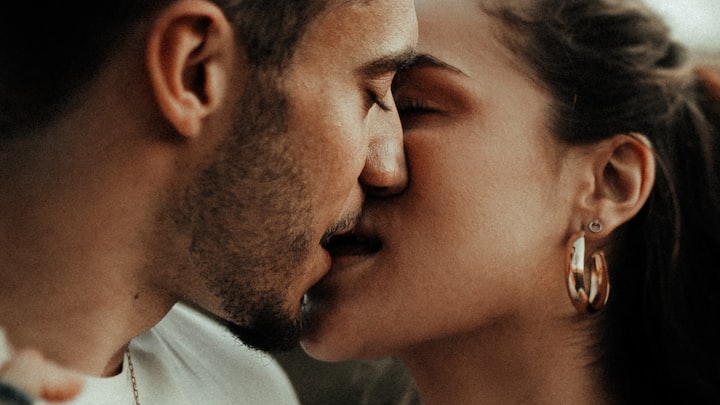 Sonia took a sip of her cola as she thought for a moment. “Dare.”

Her friend’s eyes gleamed. “I dare you to ask Toby for a quickie out the back.”

“What?” Sonia shook her head.

“Come on. You two were so good together. You told me yourself. Besides, he’s single, and you’re single, and even if you never want anything serious again, doesn’t mean you can’t have some fun.”

Sonia glanced at Toby, playing pool with his mates on the opposite side of the pub. He was still hot, and he’d always been good in bed, and she couldn’t deny she’d missed that. How could it hurt?

She adjusted her tight-fitting dress so it showed more cleavage, and took a deep breath.

“This would be so much easier if I was drinking,” she muttered, regretting for the first time ever agreeing to be the designated driver for the evening.

“Okay. Here I go.” She took a deep breath and sauntered over to the pool tables.

The eyes of several men landed on her, their gazes drinking in her long legs, her short, tight dress not leaving much at all to the imagination.

She kept her gaze fixed on Toby, a thrill travelling her body as he finally looked her way, his gaze drinking her in.

“Sonia.” He nodded as his eyes met hers.

She stood next to him, reaching out to run a finger down his arm. There were a few whistles from his mates, but she ignored them. “Wondering if I can talk to you for a moment, outside?”

He nodded again, taking her hand as she led the way.

A chill breeze raised goosebumps on her skin and she rubbed her arms.

“Maybe outside wasn’t the best idea,” she said with a laugh, as Toby removed his jacket and wrapped it around her shoulders.

“So, what did you want to talk about?”

She glanced up at him, her heart pounding. “We were good together.”

He nodded, his gaze dropping to her cleavage. “We were.” His voice was husky.

“I’d like to experience that again.” She ran a finger down his shirt.

He raised a brow. “Tonight?”

He glanced around. There were a few people gathered at the beginning of the alley, on the street, but the alleyway itself was deserted.

His eyes gleamed, and he lowered his head to press his lips against hers.

Sonia closed her eyes. He tasted of beer and chips, but he smelled like heaven, with the same aftershave that had always sent her crazy.

She pulled his shirt from his pants and ran her hands up his chest, flicking at his nipples with her thumb.

His hands found her thighs, and pushed her dress up around her hips, his fingers sliding between her legs.

She groaned, spreading them. She was already wet for him, had been since her friend suggested the whole idea.

He pressed against her clit, a finger pushing beneath the elastic of her knickers to push inside her.

“That feels so good.” She bit her lip, closing her eyes to focus on his movements, and the sensations those movements were sending through her body.

He fingered her for a moment, and she fought with his trousers, fumbling with the button and zip so she could release his cock.

He groaned as she wrapped a hand around it, sliding her panties down her thighs until they fell the rest of the way, giving her a moment to step out of them before he pulled a condom from his pocket, and put it on. Then he lifted her up and impaled her on his erection.

They both groaned as she slid down over his length.

“I’d forgotten how good that feels.” He held her gaze as his hips rocked, moving deeper with every thrust.

“Me, too.” She gasped, clinging to him. He filled her perfectly, his cock stroking her insides with every movement.

She wrapped her legs around his hips, as his thumb found her clit, and he began to rub it as he thrust into her, sending bolts of pleasure through her body.

“That was hot,” he said, as he leaned down to pick up her knickers.

He tucked his shirt back in his trousers, and did up his fly. “What made you do that, tonight?”

Sonia bit her lip. “Honestly? It was a dare.”

“Then can I tell you a truth?”

“What’s that?” She peered up at him, her curiosity piqued.

“I should’ve never let you go.”

“Will you have me back?”

“Oh, I most definitely will.”

If you liked this you might enjoy some of my other stories...