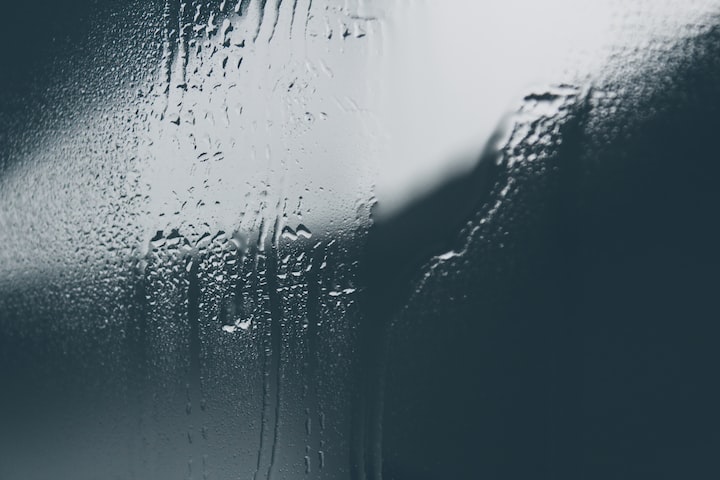 I have to admit that the title of this blog is a tiny bit misleading... Although I've had my fair share of steamroom visits, I can only think of one that ever got sexual and the steamroom section of this story doesn't even involve me (oddly enough). However, it does still happen to be one of the sluttiest days of my life and the title of the blog was a quote from one of my friends a couple of days later so I felt it was an appropriate heading.

A year or two ago my friend Josh decided that in order to cope with getting older he needed a massive and lavish pool party for his birthday and did everything in his power to make it as large as humanly possible. The Grace Hotel had stopped doing their gay night a couple of months earlier so he reserved the pool area for a Saturday and did whatever he could to make the gay men of NYC think that it was making a comeback in order to pack the place. The next thing I knew I was handing out cards for "Wet Dream" (yeah... he even named his own birthday party) and tanning my ass off so I didn't like a ghost in a speedo.

The night before the party I went and met friends out for drinks. Somehow or another we ended up at Posh which, for anyone who doesn't know, is often known for being the last place in the city to find a guy to take home after 2 in the morning. By that point things are a bit on the blurry side but I do remember trying to flirt with a cute Brazilian guy whose hat was obviously hiding a slow vanishing hairline only for him to start hitting on one of the guys I was hanging out with and invited us back to the apartment he and his friend were staying in during their visit to New York. As I said, the night is pretty blurry do to the massive intake of booze, but I remember hooking up with his only slightly less attractive friend on an air mattress in the living room. He was a decent enough kisser, Brazilians are inherently sexual people (part of the reason why I'm attracted to almost all of them) and that always leads to pretty decent kissing, but there was much lacking in the penetration department. Given my track record you would assume that I'm the "just spit on it and stick it in!" kind of guy, but I actually need a little chemistry with a guy to actually enjoy myself in any way and this guy was no Bill Nye the science guy as far as chemistry is concerned. It was definitely one of those moments where I'm glad I've developed a skill that keeps the guy from getting all of the way inside me but he thinks he's going to town on it when he's really just fucking his own foreskin.

Needless to say when I awoke the next morning I was pretty sexually frustrated. Not sure who exactly started texting who first, but a new fuck buddy and I started sexting fairly early and it didn't take long for us to decide that we both needed a nice long fuck session because he had also been highly disappointed in his trick from the night before. Star Trek DVR (that's his nickname... most of my tricks have nicknames partially because I enjoy nicknaming people in general, but also because I don't know/never knew their real name. His name stems from the fact that he DVR's The Next Generation which is possibly the nerdiest thing I've ever seen considering that show was canceled 15 years ago) didn't live to far away and was great in bed so I wasn't about to pass up the opportunity even if I did need to get all kinds of shit done before Josh's party. It's mildly ironic that we fucked on the day of Josh's party because Josh and I had met Star Trek DVR at the same time. We were out dancing and drinking a month or two before and Josh had been flirting with Star Trek DVR pretty hardcore. Josh and I both do the ole' "rub your ass into his crotch and pretend like it's dancing" technique in order to pick up guys on the dance floor but other than that and some mild flirting they never really got slutty and started making our or anything like that. Once Josh is in the bathroom Star Trek DVR leans into me and says "Josh is going to be really disappointed... cause I'm taking you home tonight." Next thing I know I'm being mounted by a short super-Jew with a nice chest who won't take his Rolex off while we fuck so I can't steal it.

Once I get to STDVR's place the morning of the big party we fucked like usual. He was incredibly aggressive in the sack but was never high on my fuck buddy list cause I had three guys that all lived a lot closer and his super needy, super ugly dog would always sit in the floor and watch which creeped me the fuck out. One time the nasty little French Bulldog licked the semen off of the comforter because STDVR pulled her up on the bed before we had even cleaned ourselves off. After the first fuck we took a nap and then went at it again which only set me even further behind schedule because I still had to get my eyebrows done, get a haircut, and buy some booze for the party. There was a spa right around the corner from my apartment that seemed to target their marketing towards gay men so I figured I'd see if I could get my eyebrows done there. Long story short they gave me tranny-brows, took a chunk of skin off my eyelid, and even tho I asked them not to, waxed the inside of my nose hair which is by far the weirdest feeling I've ever had in my life. Needless to say I do NOT recommend wasting your money at Downtime Massage unless you enjoy looking like a drag queen burn victim with alopecia.

So I finally get to Josh's room at The Grace Hotel only a couple of hours late to find that all of the other boys were basically trashed. Josh had bought us all matching monagramed speedos so once I arrived they handed me the medium (the only one left... I wanted to kill them for it) and we started in on the photoshoot that I'm convinced is required at any party that involves gay men. The pool party itself ended up being even larger than I thought it would be. There was a line to get in, I didn't recognize half the boys there, and when I went to hit on this super hottie with the amazingly thought out pick-up line "So how do you know Josh?" he responded with "Who is Josh?" In-all he got the exact party he wanted. Shenea DeDrank sang him Happy Birthday dressed as Ariel and spent the rest of the night sitting on the stairs pretending to swim which in my mind is genius. The pool area had both a sauna and steamroom on the upper level which was always packed with boys just going to town on each other (pretty sure Josh was in there at some point) and my friend William got drunk enough to throw his underwear (he wasn't wearing a swimsuit) up against the swim up bar window when they wouldn't serve from it after the water started splashing the back of their heads. Star Trak DVR was there and we laugh about how we were both each other's number 2 and 3 for sexual partners in the last 24 hours and I'm pretty sure I made out with the guy who took me to me first and only sex party (blog to come). Eventually the party wound down, the bar closed, and anyone that was decent enough looking got invited back to Josh's room to continue drinking whatever was left in the fridge.

Once I got into the madness that was Josh's hotel room I completely forgot about closing my tab at the bar and naturally started walking around naked pretending like I was in the middle of changing clothes. The female bartender knew I would be in the hotel room and brought my card and receipt up to the room for me to sign which I did standing in the door completely naked with a stranger's hand in front of my crotch so the poor girl didn't have to see it. I made out with a couple of different guys and the next thing I know I'm in the top bunk getting spit-fucked by the one guy at the party Josh told me I wasn't allowed to touch. Oops. In the midst of this spit-fucking I realize that all of the Patron shots are starting to run through me so I stumble out of the bunk to the bathroom only to ram the sliding door across my middle toe ripping the nail off. Obviously I did everything in my power to get the bleeding to stop because I wanted to get back to the action but the alcohol-rich thin blood coupled with the fact that my toenail was GONE was preventing that so I wrapped it in toilet paper and limped my way back towards the bed to find my guy in the bottom bunk with Josh and the boy he dragged back from the steamroom. I don't know how the three of them didn't notice it, but somehow the combination of booze and dim lighting kept these three from seeing the heavy-flow day coming out of my foot and I managed to join right back in the mix making the white sheets and comforter look like a set from SVU.

The next day we woke up (minus one... maybe he did notice the blood), spramped our faces and headed to brunch recapping the next events and craziness. After I thought about it for a while I realized that I had super whored it up by having 4 sessions with 5 guys in less than 24 hours but to be honest I wasn't really all that bothered. I mean, it's not like I got fisted by a go-go boy in a steamroom on a meth high and it didn't take as long as I thought it would for my toenail to grow back so at the end of the day I feel like I came out of the situation on top. Which is odd because I usually when I find myself in a sexual situation I'm on the bottom. :)