Ellen and Will met infrequently, but when they did, it was beautiful, rare, and extremely hot! 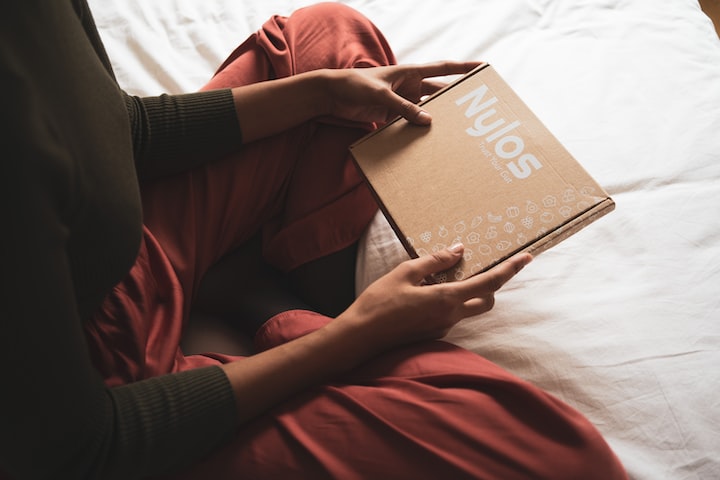 Photo by Nylos on Unsplash

“Here are your keys, it’s suite 1650, sixteenth floor. Elevators are behind you to the right; the bar is open until midnight. Let us know if you need anything else!”

Ellen eyed the envelope that the desk clerk had handed her. In her current state, everything was an especially sensorial experience. The luxurious feel of the rich gold and black paper in her hand, the humid hint of chlorine from the pool, the cool of the granite countertop at the check-in desk. She supressed a nervous giggle that was trying to bubble up, pasted on a friendly smile, and responded:

“Thank you, ah…Gretchen. I’m sure everything is wonderful. Would you mind checking to see if I have any messages or possibly a delivery?

Sometimes she made up a story about leaving her laptop at the last hotel, but that had backfired last time when the package with the “laptop” arrived and was so small that it easily fit in the palm of her hand. Best not to explain. Gretchen here didn’t seem quite as chatty as some hotel employees that Ellen had encountered.

Ellen held the smile on her face as the young clerk entered a few keystrokes and scowled at her monitor.

Ellen let out a breath that she didn’t realize she had been holding, and watched the perky blonde jog to retrieve her package.

They had been meeting for more than twenty years, and Will always sent a package prior to his arrival. It was part of their ritual. The first time, she had excitedly rushed to open the box as soon as she got to the room. However, once the outer wrapping was removed, she had found a note in Will’s bold handwriting:

Wait until I arrive to open. You know how much I like to watch you.

There will be consequences for disobedience.

Warmth spread in her stomach and down to the achingly sensitive areas in her already-damp panties. She bit her lip, thinking of past liaisons with her long-term lover who would arrive in a few short hours.

“Hmm? Sorry, it’s been a long trip. I think I’ll try to sneak in a nap before dinner.”

Not that she had any plans to leave the room, but it depended on what Will had in store for them. He liked to be in charge when they were together.

Ellen picked up the box – its long, thin shape betraying no clue as to what may be inside. It was about the size of a common shirt box. It could be any number of things. She gathered up her bag, the box, and her keys, thanked the employee, and headed toward the bank of elevators.

Blessedly, the elevator was empty when she got on. She pushed the button for her floor, then leaned back against the cool, mirrored wall as she was lifted to the sixteenth floor. Closing her eyes, she blew out a breath, and thought about the evening to come. With a delicate chime, the door to the elevator slid open, and she exited. Her room was at the end of a long corridor – a corner suite with views in two directions. Ellen let herself in, tossed her bags and the package on the bed, adjusted the air conditioner to frigid, and grabbed the ice bucket. She walked down the hall to the ice machine, filled the bucket, then returned to the room. From the side pocket of her roller, she retrieved a rather nice bottle of champagne and put it in one of the twin sinks in the gleaming marble bathroom. She plugged the sink and poured the ice over the bottle, then went out to get a second bucket. She wanted everything to be ready.

Every trip was memorable, but they did tend to run together in her mind. In fact, she had to think for a moment to remember what city they were in currently. Albuquerque. Will was near the end of a long promotional tour for his new book. He’d sounded tired last time they spoke, and she figured that he needed this as much as she did.

They called their relationship “the comet” – they saw each other infrequently, but whenever they did, it was beautiful and burning hot. They might only see each other once or twice a year, but they always returned to each other’s orbit.

Their relationship had started when she was in grad school. Ellen had been working as a TA in the English department of the university that they both attended. Will was an undergrad, but already a fantastic writer. She had always looked forward to grading his writing assignments – they seemed to speak to her on a personal level – as if they were written for her alone. When he was chosen to receive the McClendon prize, she had gone with him to represent the school. They had talked for hours on the train, then agreed to join each other in the hotel bar before the ceremony to share a drink and a taxi. They had nearly missed the function altogether. Will in a tux was an astonishing sight. His usually shaggy mane was pulled back in a leather band, his normally stubbly face was clean-shaven, and he was wearing the sexiest pair of tortoise shell glasses. It was all over for Ellen. All of her resolve not to sleep with him went entirely out the window the moment she spied him in the cocktail lounge. She also knew that she looked stunning in the deep garnet dress that she wore. When she walked into the bar, Will greeted her with a chaste kiss on the cheek, then whispered in her ear: “you look amazing in that dress, but I imagine that you’ll look even better out of it. Stay with me tonight?” Ellen had looked up to meet his gaze, and silently nodded her consent. It took some effort not to bite her lip and ruin her lipstick.

For the rest of the night, Will had treated the event like a date. He kept his hand at the small of her back, refreshed her drink, and had his eyes focused on her all evening. The anticipation was a palpable ache, and they left as soon as he accepted the award, and she had received the check on behalf of the university.

They sat close in the cab – hands touching, his fingers slowly scrawling the text of his next novel on the inside of her wrist. When she moaned and leaned in for a kiss, he smiled and murmured: “not yet. Soon.” Even all those years ago, he had a gift for building her expectation until she was nearly mad with desire. That’s why he sent the packages. To create suspense and fuel her imagination – just like he did with his books. He made her think, made her yearn, made her physically ache for him.

The first box had been simple enough – lingerie for her to wear during their weekend together. A demi bra and matching thong to replace the ones he had destroyed during their first night. She recalled being impressed that he had been resourceful enough to get her sizes right.

During a trip to Chicago, the box had contained a deep-dish pizza that they had heated in their tacky little kitchenette and eaten in bed. There were no napkins with the pie, so they used towels from the bathroom. Housekeeping must have thought that a murder had taken place in the room. They had gotten sauce everywhere.

Another box had contained scented candles and bath products. They had spent much of that weekend in the huge, claw-foot tub at a cozy inn in Vermont.

Eventually, the gifts became slightly less…vanilla. The butt plug, the tie-downs, the strap-on. They had talked about adding a third person to their playtime, but Will said he couldn’t get anyone to agree to wait in a box until he arrived. He did say that he would love to watch her fuck someone else. Man or woman – he just wanted to see her experience pleasure. As much as he liked to tease, he also liked to watch.

One of the most cherished surprises that Will had given her was a gorgeous, antique, cut-glass decanter. It was heavy, leaded crystal with a smooth, solid, glass stopper. She loved it and kept it lighted and displayed as the focal point of her bar at home. What none of her middle-aged, suburban guests knew, was every time they admired her decanter, she was reminded that the glass stopper had spent hours inside of her body. Some secrets you just didn’t share with the book club or the other PTA moms.

The most recent box had contained a smaller, turquoise box from Tiffany. Will had commissioned a piece especially for her. It was a pendant on a long chain. The center stone was large garnet with a little “tail” encrusted with smaller white and yellow diamonds.

“A comet” she breathed when she opened it.

“It’s the same color as the dress you wore the night that I first fell in love with you,” he said. “Garnet is also supposed to inspire love and improve the sex drive.”

Ellen had let out a bark of laughter and swiped at a tear that had trickled onto her cheek. “I thought that’s what I have you for,” she had joked.

The sun was starting to set, sending slats of muted sunlight over her mystery parcel. Ellen poured herself a glass of champagne, then picked up the package, judging its weight. She ran her finger under the brown paper wrapping, gently testing the tape. She knew the rule – she must wait for Will to watch her open the box, or suffer the consequences. To date, she had been compliant, but she wondered what sort of punishment she would suffer if she disobeyed. Perhaps he would spank her. It was tempting to find out.

There was a spectacular view of the mountains from the large tub in their suite. Ellen drew a bath, added scented powder, and began to undress. She studied herself in the full-length mirror. The pendant hung invitingly between her breasts. Despite having fed two babies, her tits were still pretty decent. She had stretch marks and a tummy, but she liked her soft curves, and thought she looked rather good for a 46-year-old bookstore owner on her semi-annual “buying trip.”

Ellen kicked off her panties and studied the box. She wasn’t sure how long she would be able to stop herself from opening it. With a sigh, she clipped her hair up, grabbed her champagne and lowered herself into the fragrant water. She turned on the jets and let out a low moan of pleasure. Leaning back, she washed herself, allowing her hands to explore.

The jets masked the sound of his key in the lock. She was nearing climax when she heard him. Opening her eyes, she grinned, and stood.

It was time to open her package.

Allison Rice is a work in progress with numerous unfinished drafts. Author of “Immigrants Among Us”, (https://vocal.media/families/immigrants-among-us-mfzhdl0jfn,) Alli is an avid reader, secret blogger, and always has a story to tell!

More stories from Allison Rice and writers in Filthy and other communities.