Not Afraid of Me

Many people suffer from insecurities when they are in their developmental adolescence, years of life which are from 12 years old to 18 years old. But nobody talks about the fact that as a teenager, your need to start developing your own personal identity and sense of who you truly are. Unsuccessful development of your sense of self and identity leads to role confusion and possibly a weak self-esteem, which leads to insecurities that can move forward with you and leave you stuck with the same problems being presented in a completely different way. The ability to stay true to yourself and have a strong self-esteem is a major part of your adolescence.

Throughout my life, I struggled with my sense of identity due to improper development in my adolescence. My family tried to tell me who to be, but they would do it in a subtle nonchalant way, similar to the way my close friends would, and just like the world around me. Little did they know they were affecting me developmentally. No matter where I went or what I did, it always felt like there was someone waiting to tell me that I was wrong and that I should be something else instead. Why should I? I often asked myself. If I’m happy, what does what I’m doing matter to anyone. It shouldn’t.

In the early years of young adulthood, which I still am in mind you, it is very important as a young adult to form loving, intimate, strong bonds and relationships with other people. Instead, I often hid myself away out of shame, over many things that I never needed to be ashamed of. Something about being my true self felt like a crime in the eyes of society and those around me. I remember being out with my friends and they would introduce me under my “porn name.” In many ways, it felt like every time my friends did that, or I dared to be open and honest about who I was, there was always someone there to ridicule me. For a long time, this drove me to hide who I truly was. Instead of embracing what made me unique or special, I wasted so much time hiding myself away in complete isolation, alienating myself from everyone close to me and working hard to conform myself to the standards of those around me. Even after conforming to the likes of others, I never felt they accepted me anymore than they had before. It wasn’t just that I hid what made me quirky or different, but more importantly, I hid what made me who I was. Once back in hiding, the strong relationships and bonds I had built successfully all quickly turned to failures due to isolating myself, which then caused unnecessary loneliness.

I didn’t want anyone to know about my past, or the happiest times of my life because every time I started to be open and honest about it, the pain that I had endured or the scars that I had both physically and mentally from the way people had already treated me would emerge. I really struggled as I wanted people to think that I was perfect, but I learned that in order to be perfect, you always have to present yourself as someone else’s dream, fantasy, an illusion of reality. Which in a way, I had already been for years to some, but to the vast majority of woman especially, I was far from that. I’m happy to say that those days are behind me now, as I am in the later part of young adulthood, but that does not make my journey any less significant. 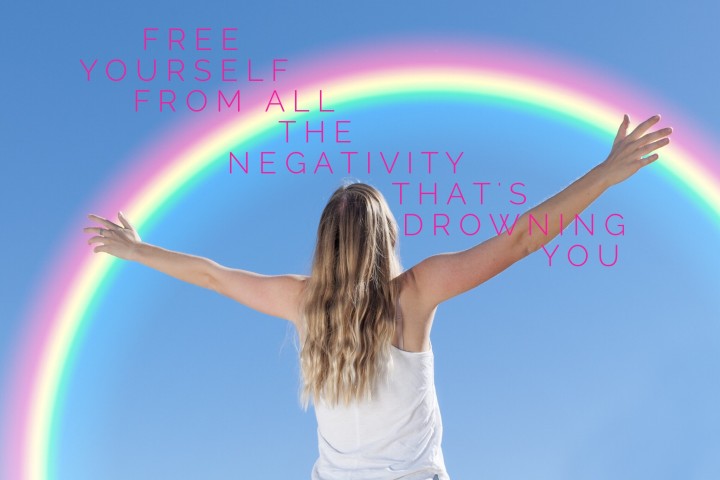 Photo and quote courtesy of @wordswaggapp

In my current life, I often find myself wishing that I had spent the earlier part of my young adulthood being braver than I was. I wish that I had looked in the mirror and accepted myself instead of becoming the person that other people wanted me to be. In doing so, much of my happiness was taken from me due to how other people viewed me, unfortunately. I couldn’t even remember who I truly was for years. Now, I realize that I am a woman of many strengths, and smarter than most. I have taken care of my loved ones time and time again, and I have worked hard for my entire life so that I could excel in the areas that I chose and I want to.

It has taken much longer than I ever would have wanted, but I am finally at a point where I have learned to not only love myself, but appreciate myself for my strengths. At my core, I am so much stronger than I ever knew, and I am happy to say that I am pleased with the woman that I have become. I am awesome, resilient, and have a lot to offer myself and those around me. I do often wish I didn’t waste all that time allowing other people's judgement to affect me, and at the time, it might've seemed easier to let other people tell me who I was back then.

I now know I deserved so much more, do deserve much more, and if I don’t receive so much more from another person, they are not worth my time or energy. Don’t spend your time hiding, go out live life and embrace who you are.

See all posts by Taryn Thomas →