A Night of Passion 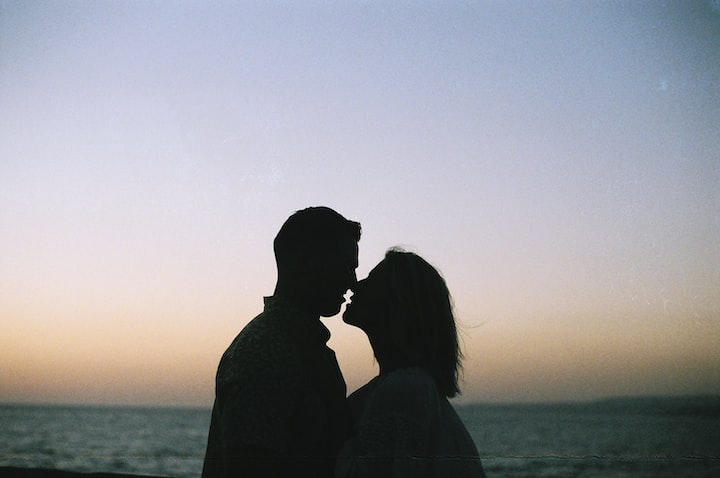 Photo by Brandon Hoogenboom on Unsplash

It had been a while since we had seen each other. My nerves had been building all day waiting for him to arrive, partly from excitement and partly because I wondered if his touch would still feel the same.

I had busied myself all day, trying to drag out getting ready for as long as I could. I must have tried on at least a dozen outfits, I wanted to look my best for him, I wanted to look irresistible. Eventually I had settled on a tight figure hugging mini skirt that stopped just a bit higher than mid thigh, I had matched the skirt with my favourite pair of fishnet tights, hoping they would draw attention to my legs in the best way.

I had then moved onto makeup opting for the deepest shade of red lipstick I owned, I know some people say red lipstick is tacky but, I think they only say it because of its immediate sexual implications. And it was those implications that I wanted to evoke.

I hadn't been touched since I last saw him and I was craving his touch more than I have ever craved anything before. I wanted him to touch me, I wanted to be touched by him and to touch him. I needed the contact.

The tension had been building up over the weeks we had spent apart and there was little I could do to contain my lust now.

The doorbell rang. I snapped out of all my lustful thoughts and try to compose myself, not wanting to appear as flushed as I actually am.

I open the door and there he is and we just stand like that, I'm looking at him and he's looking at me, each of us staring right back into each others eyes and the tension is rising and I know I've forgotten how to think because I still haven't invited him in.

I laugh nervously and motion for him to step inside and the second he does he's already closing the door and pressing me up against the wall, his lips meeting mine and mine meeting his, there is no way I am able to resist.

I pull him closer to me not wanting to let go, my hand already heading straight for his belt. I swiftly unbuckle his belt and unfasten his jeans, my hand now resting on his already erect cock.

He lets out a small moan and lets his hands roam underneath my top, delighted to find that i'm not wearing a bra, there is a heat rising within me and all i can think about his him deep inside of me.

I have never wanted as much as I have wanted right now. He's picking me up and carrying me to the couch, unable to wait until we make it to the bedroom. I'm pulling of his shirt as he pulls down my skirt. I can't keep my hands off of him, I trace my fingers down his torso, prepared to tease him just a little.

But he has other plans, the second his fingers reach my clitoris I am unable to resist, unable to tease. Pleasure washes over me and moan after moan escapes my lips as, his fingers keeping rubbing in circular motions bringing me to the very edge before sliding his cock deep inside of me. His thrusts are fast and erratic as he pumps in and out of me at a pace that causes my breasts to bounce up and down.

His moans vibrate in my ears sending me over the edge, I know he's fast approaching his climax and as his thrusts become more and more disordered I feel his hot sticky load release inside of me and we both collapse in a heap of ecstasy and exhaustion.

'I love you' he whispers

'I love you too' I reply as we roll into a very comfortable spooning position.