A Much Kneaded Romance

by Renee 6 months ago in fiction 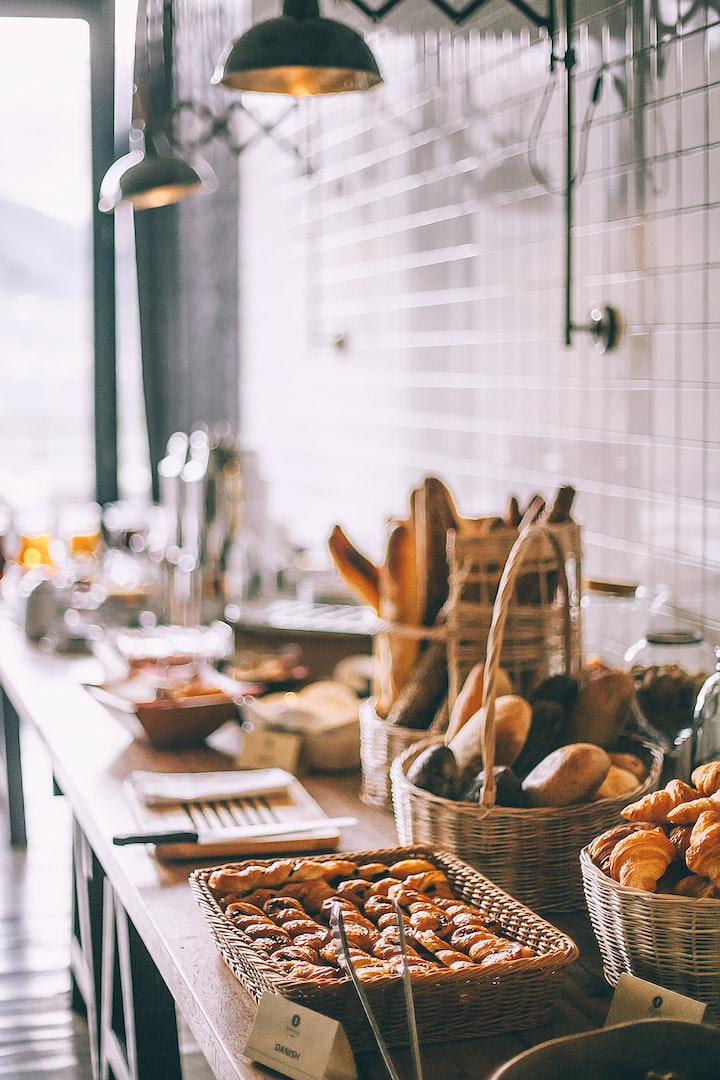 Photo by Orlova Maria on Unsplash

It was mid-evening of a fresh October day, and this had quickly become Scarlette's favorite time of year here in Montreal. The leaves were displaying a gorgeous array of rich hues, but yet they all still clung onto the trees as if to preserve their beauty for the rest of us to enjoy. She surely did enjoy its glory as she walked down the cool streets of her new town.

This quickly had become her home; she felt welcomed and almost important here. It was one of the few places where Scarlette seemed to fit in, without getting lost in the crowd. She was starting to feel like a local: she was discovering many of the greatest shops and restaurants. In fact, she was heading to one of them now: Tout Est Beau.

It was her favorite bakery. The aroma of the freshly made bread seeped out onto the streets, as did the warm light from the vintage windows. The whole building was a vintage one, built around the 1920s, and it still held its old charm even with all the modern fixtures that the owner had put in. He was quite the stylist, that Beau Mélange. He just had an eye for everything that he found uniquely beautiful, and maybe that’s why he had an eye for Scarlette. She had frequented his shop basically everyday upon discovering it about a month ago in early September.

She went there for two reasons, for the bread, and for the boy.

So now, she walked into the shop, engulfing herself in the smell and the warmth and the light. As she walked in, Beau was at the counter, and he saw her immediately. A big smile warmed his perfectly sculpted face and showed his beautiful white teeth. She loved that smile.

“Bonsoir, Scarlette,” Beau said in his oh-so-cute French Canadian accent. His voice was just like his shop: warm, attractive and comforting.

“Salut, Beau. Ça va?” She removed her scarf and fabulous long, belted jacket and put it on one of the petit bistro tables.

“Well it’s all good, even if business was slow aujourd'hui.” He winked and took off his apron that was covered in flour. She looked around, and then she finally realized that nobody else was here. This had happened only a few times before, but she never had gotten the chance to spend much time with him alone as she was normally in a hurry.

Beau continued to dust himself off, and he made his way around from behind the counter. There had always been a seriously palpable tension between the two young adults, but they had never really acted upon that or even voiced it. Throughout the past month, they merely had flirted over their shared love-- bread.

But he usually had other customers to attend to, and Scarlette normally had to just get her baguette and go. But today was different, yes indeed it was. With it being almost closing time, and nobody around, Beau passed by her and turned the sign on his door from “Ouvert” to “Fermé”.

Scarlette knew that this would be a good night.

“Alors, are you hungry for quelque chose?” Beau usually talked in both French and English in one sentence. Scarlette went crazy for that.

“Non, not exactly, I just wanted to see you.” Scarlette whispered the second part.

“Moi aussi.. I always want to be able to just see you, but I’m always so busy.”

“Ouais, I guess we got lucky tonight.” Scarlette winked, and Beau just smiled. They apparently had both been yearning for a moment just like this one to happen. Silence held them, just looking at each other and smiling excitedly.

Beau was wearing his classic white button down, with the sleeves rolled up, showing his perfectly tan and strong forearms. His jeans were a dark blue, the darkest blue, and Scarlette noticed from times before of looking at his perfect bum that these were his Armani jeans. She looked at his face: a slicing jaw line below soft lips. Such a juxtaposition was the one of the most attractive things according to her. His nose was very angular, very straight; Scarlette almost wished for a slight softness to it, but it still was extremely attractive.

Then there were his eyes: those eyes captivated her at this moment. The hue was the perfect blue-green of a stormy lake. And even though his hair was a sort of dirty blonde, his eyebrows were perfectly prominent and kind of dark, making her swoon. She had always had a thing for eyebrows.

Beau swallowed, almost nervously, but quickly got back to his usual confidence. Scarlette was at a loss for something to say. She honestly could spend hours just looking at him, soaking up his good-looks. Heck, she had already spent many times in the bakery just looking at him, and hoping he’d look at her too. And now, all his attention was on her. She loved it.

She already knew him for a while, with all her flirting and such. Sometimes, she would find cute little notes on the inside of the brown paper encasing the warm bread after she bought a loaf. The one she had found last night had said “Closing time is around 7...” and this was the reason why Scarlette had got gussied up and hurried her ass over here to arrive by 6:45.

“So I guess you got my note?” Beau was sure of it, of course but he wanted to be able to hear her voice.

Receive stories by Renee in your feed
Renee
Read next: For the Love of a Demon Ep. 2