Be Kind To The Stranger

by Emily Marie Concannon 7 months ago in Classical
Report Story

A Short Story about the little things in Life 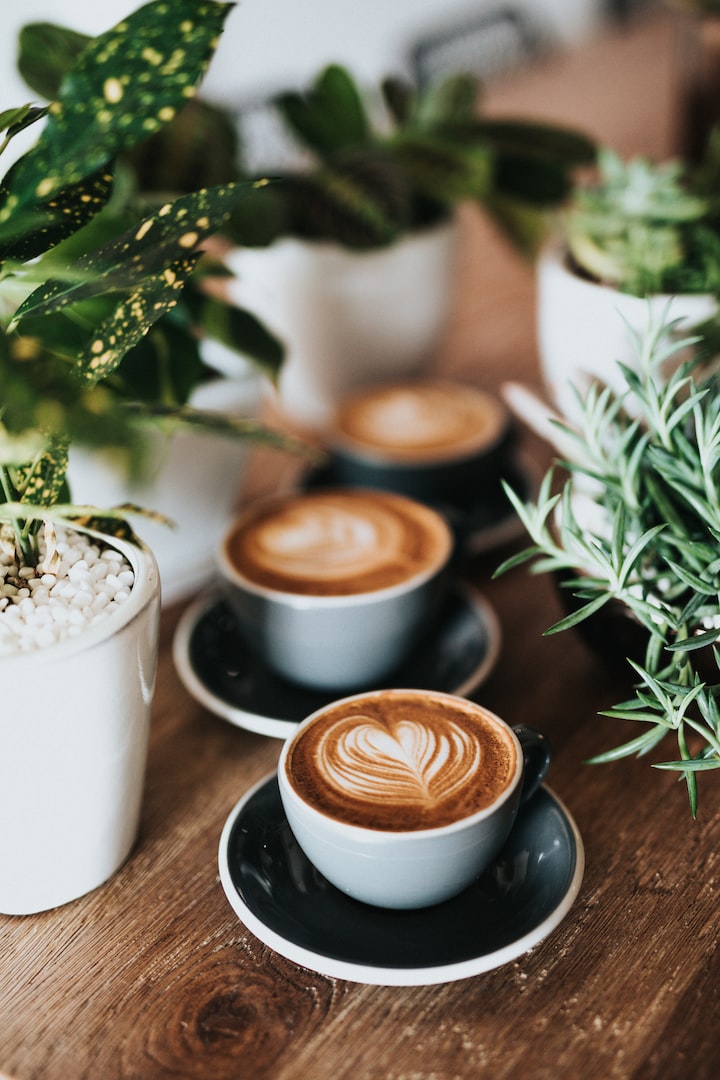 “Have you heard?” The old man asked me one morning while sipping away at a steaming cup of black coffee.

“It’s a possibility,” I answered, my eyes narrowing, my mind afraid I would be outdone by the old farmer.

“Oh?” He answered me, his eyebrow raised, “Well, can’t hurt to be heard again.”

I smiled ever so slightly. I do love stories.

"There is a man they say who became so distraught about a tare in his finest corduroys that he departed us not so very long ago. Yes, he could not bear the sight of the threads coming loose, the water and mud rising about his shoes, his ankles becoming exposed, and his pants coming apart bit by bit.”

“That seems very dramatic to me,” I said with a childish snort. “I think you are bluffing.”

“Hardly!” He retorted stiffly, “Now hush up, and listen. That’s the problem with youngsters. Come to think of it, that’s the problem with most folks. They always assume they know the story before they hear it and by the time you get to the end, they stopped listening at the beginning and already wrote their own end to the tale.

This man was not very tall, you see, and he needed a special type of pants because his legs were so small and bony. He did not eat very well because he lost his business the last time the market went south. It was a bad time for that to happen, what with his wife leaving him around that same time. Divorce is expensive, child.

The man lived now in a very small studio apartment with only an old grey cat as a companion and one lonely window looking out over his old neighbor's wash line. She was the type of woman who would put out her undergarments to dry and leave them there for weeks, meanwhile they’d get rained on, and she’d say “Oh, now they need more time to dry. Can’t be helped.” But, the man knew better. It could be helped, but the old woman could not be helped. So he just sighed and pushed it aside.

One morning he walked about the city block doing nothing in particular. He had not heard back from the job he applied for, he was due for rent, and did not know where the money would come from. And so, doing nothing in particular seemed the only act he could take. As he rounded the corner, he passed the café he went to most mornings for his coffee, and just as he was about to enter, he spotted a fine young woman seated by the window. She had a book in her hands with a knife on the cover.

She had a cup of coffee on the table, mostly untouched. And, she had a blush of red across her pale face as she stared intently at the words on the page. He did not know why, but he fled the café as fast as his legs would take him and stumbled into his apartment once more. He sighed and pushed the experience aside. Although, the image of the blushing face and the knife stuck in his mind in a way he had difficulty forgetting like so many things. For this reason, he continued going by the café every day for two weeks. He never went inside, he never approached the woman, and he never knew why.

One day, however, he thought he knew why. She had on some fine silk skirt. He could not approach her with his tattered old clothes. But, he could never afford new clothes. So, he sighed as he pushed aside the thought of asking the woman why she blushed at the knife?

Fate, it seemed, suddenly shined on him one day.

The man rolled out of his bed one morning to the sound and answered his door to see a middle-aged woman standing outside in the damp haze.

“My mother, your neighbor, passed away last night.” She said, matter-of-factly, and held out a plastic grocery bag and continued, “I don’t know why, but she told me to give you these. They belonged to my late father, and she told me to give these to you.”

She didn’t say anything else, and she did not wait for an answer. She just turned away and left. He looked out into the fog, as if waiting for her to come back, but she did not. He looked down, to the grey shopping bag now in his hands. He didn’t recall grabbing it, but, it didn’t matter. He poked his head in to find a pair of brown corduroy pants. Surely, they smelled like cigarettes (the old lady smoked like a chimney). But, no scent came from them. Surely they would not fit him though.

Yet, when he went inside and put on the pair, they stretched over his lean body perfectly, covering his bony ankles. They felt perfect, and suddenly his heart began to play a little melody. He thought about that old story about a girl who looked very ugly, too ugly to dance with the prince at the ball, but just when she was about to give up hope, a fairy gave her a perfectly dazzling gown. It was a perfect fit and covered all of her ugly. These pants must have been made especially for him, to cover all his ugly, so he could ask that woman why she blushed at the knife?

"Weeping may endure for the Night, but joy cometh in the Morning."

The next morning there was a briskness to the air, yet the sun shone so beautifully on the new spring leave so tenderly sprouting on the eaves. The man walked lightly today, almost like he was dancing. He rounded a corner, and as he did a child on a bicycle passed him and splattered him with muddy water.

“Hey, you have soiled my pants.” The man cried out, distraught. But the boy did not stop. It was just a pair of pants. The boy did not see, however, that there was a lot more in the man’s mind than he could see by simply glancing. But the man just sighed and pushed it aside and tried patting them dry as he continued walking towards the café.

As he passed one of the old liquor stores, he spotted an old dog chained up and looking very thirsty. He felt bad for the little thing and so, he decided to ask the storekeeper for some water to give it. But, as he approached the door, some man behind him shoved into him in a frenzy to get inside. The man in the corduroys snagged his pant leg as he tumbled over.

“Oh, no no!” The man cried out, looking at the shredded pant leg, his ankle bleeding upon it ruining the threads. A tear formed in his eye as he saw the blood mingle with the brown of the pants. He did not try to tell the man who shoved him, he just wiped a tear from his eye. He patted the dog's head and wandered to the café. The chill in the air increased as he approached and he tried to push aside his sadness about his pants; but as he gazed at the blushing woman and the knife on the book he realized he could not push it aside. How he longed to ask her why she sat every day reading so intently; but he could not now. He had spoiled the pants, and now the magic was gone and he was his ordinary self once more.

"He looked down into a puddle and saw his face gaze back. And, he thought about that knife the woman blushed at every day and he thought he knew why it made her blush. He turned and shuffled away, his feet feeling heavy, and his heart sinking lower. He would never speak to her, and he would never see the next morning, which was brighter and warmer than the one before. But, he would not see it, because he decided it would be his last day. He ruined the magic, and what else could he do?"

"Two days later, the woman sat at the café reading her book, and at last, she turned the last page and closed it. She looked outside, but she did not see the man who was so often out there looking in at her. She sighed as she pushed the book away slowly. She tried to push away the feeling of disappointment. She always wanted to know what that man was thinking. But, now she finished the book about the knife, and what more could she do? She sighed once more, but the feeling did not leave. That feeling you get, when you know it’s done. I don’t know if you know that feeling?

I looked back at the old man with the coffee, and I shook my head.

“Hmmm” he answered, nodding his head, “Yes, most people don’t really know that feeling. But you know, when you have that feeling it’s usually your last feeling. So you see, a pair of corduroys can mean a lot more to someone than you realize. I said the man died because his pants were ruined, and you mocked me. Well, so did everyone else, but it’s true. And it’s true for a lot of folks out there. So you mind your manners missy, understand?”

“Yes sir”. I answered back.