Vegan Cookbooks by Vegans of Color

by The Bronx Vegan about a year ago in vegan

Being vegan doesn't mean compromising on delicious meals from our culture.

One of my biggest concerns when becoming vegan was losing out on the dishes from my culture. With time, I learned that veganizing my cultural meals are achievable. These vegan cookbooks feature authors representing different cultural backgrounds and cuisines, making it easy to enjoy veganism without losing your own cultural influence.

'Ageless Vegan: The Secret to Living a Long and Healthy Plant-Based Life' 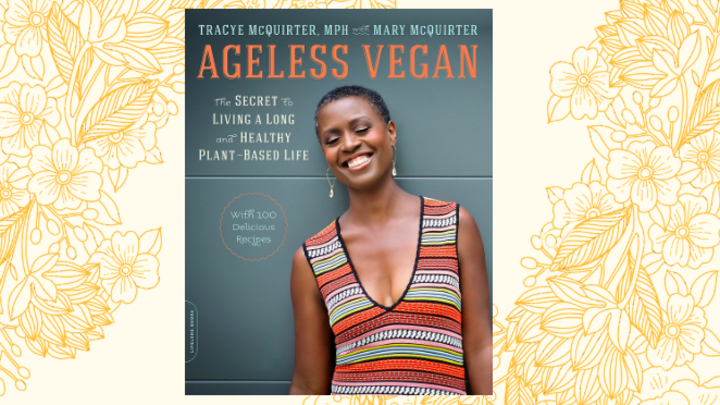 Tracye McQuirter, the author of By Any Greens Necessary, wrote Ageless Vegan with her mother, Mary McQuirter, to share the secret to maintaining radiant health at any age. In this book, you can find 100 whole food, plant-based recipes along with their experiences of going vegan, nutritional information, and other practical and easy-to-follow tips that help readers navigate veganism easier. 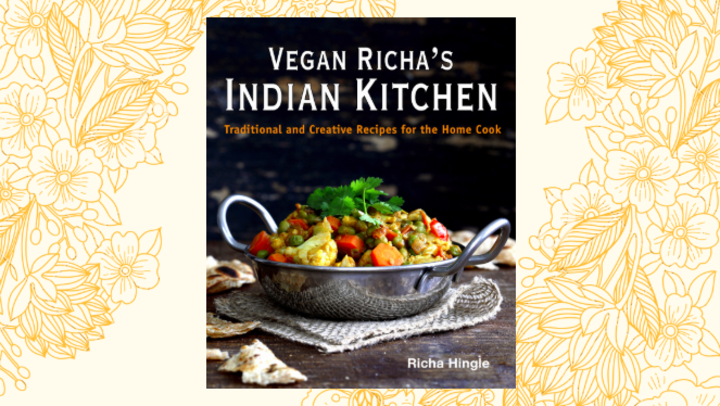 Richa Hingle is the powerhouse behind the vegan food blog Vegan Richa. Hingle says that the goal of her blog is to, “create flavorful plant based recipes that are inspired by [her] Indian upbringing, including many gluten-free, soy-free, and oil-free options.” In Vegan Richa's Indian Kitchen, you’ll learn all there is to know about vegan Indian cooking. Incorporating techniques that allow for quick and seamless cooking, you’ll learn all the secrets of Indian cuisine, opening up your palate to beautiful Indian spices and classic meals. 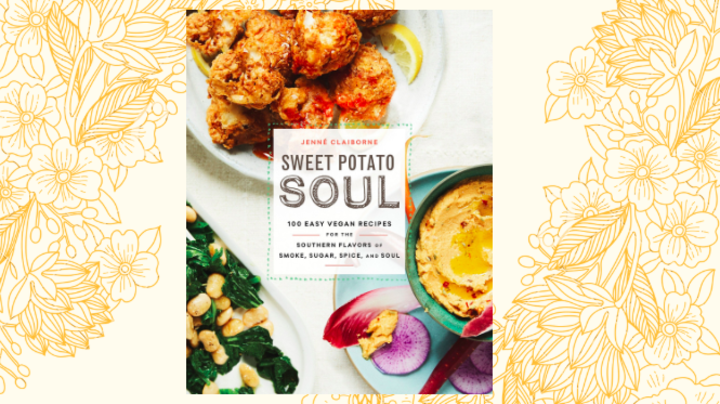 Jenné Claiborne is a Georgia Peach who grew up in Atlanta eating classic soul food. When she first became vegan, she thought she would have to give up all of the comfort food she grew to love. However, she found ways to enjoy veganism without giving up those same foods. Sweet Potato Soulcaptures her efforts as she veganizes 100 classic dishes that focus on healthy, whole ingredients and a fresh and vibrant flair of flavor. 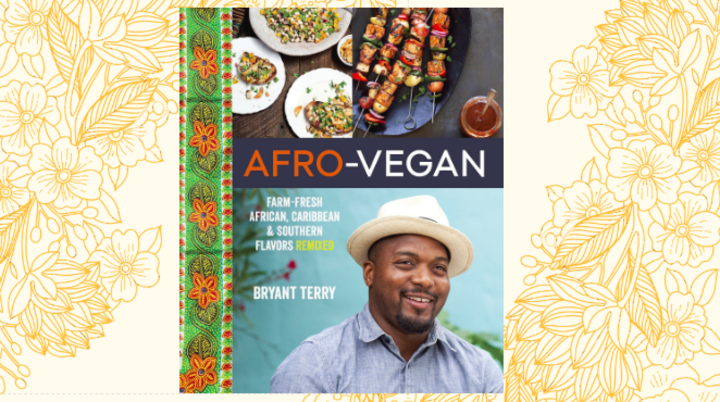 Bryant Terry is an African American vegan eco-chef, food justice activist, and author. In Afro-Vegan, he reworks and remixes the favorite staples, ingredients, and classic dishes of the African Diaspora with more than 100 new, creative culinary combinations that will amaze vegans, vegetarians, and omnivores alike. 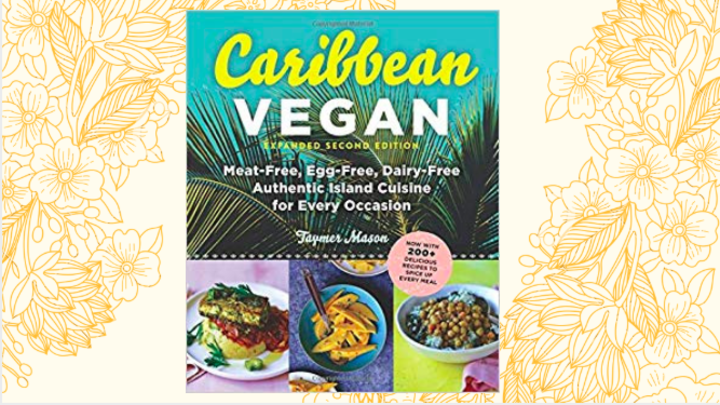 With local flavors of Barbados, Saint Lucia, Jamaica and more, Taymer Mason presents up to 125 different vegan recipes in her cookbook, Caribbean Vegan. These recipes “will spice up your vegan diet like no other cookbook.” Mason is a food scientist and vegan chef whose goal is to “translate indigenous diets into modern cuisine.” 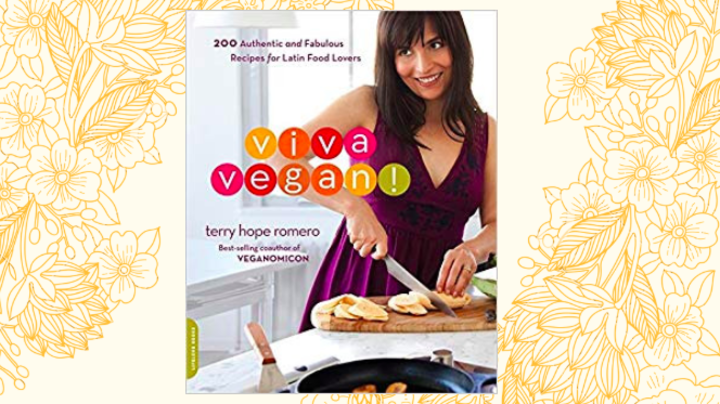 Terry Hope Romero is the vegan cuisine extraordinaire behind Viva Vegan! With success co-authoring other cookbooks like Veganomicon and Vegan Cupcakes Take Over the World, Terry has made her mark in the vegan world. This cookbook is her first solo book that “opens the world of Latin flavor to vegan foodies alike.” A proud Venezuelan-American, Romero inspires with delicious meals inspired by her culture and beyond.

'The Vegan Soulfood Guide to the Galaxy' 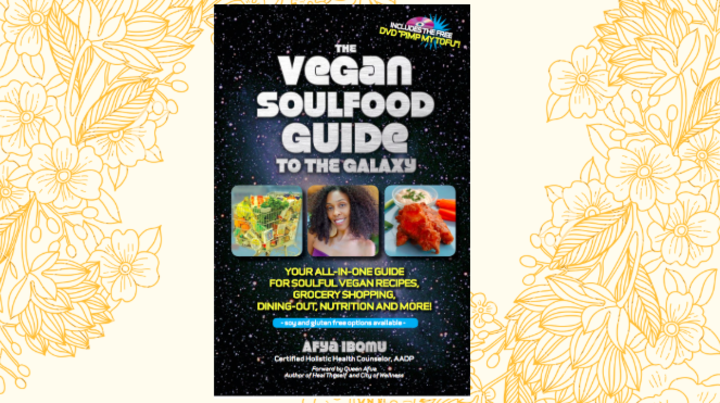 The Vegan Soulfood Guide to the Galaxy by Afya Ibomu

Afya Ibomu is a holistic healer, vegan catering business owner, and former nutritionist for Erykah Badu. She wrote The Vegan Soulfood Guide to the Galaxy to be “much more than a cookbook," using fun, fact-filled information to navigating the vegetarian and vegan world while improving your overall health and more. This book shows readers how to cook “mouth-watering, inexpensive soul food recipes without toxic ingredients like white sugar, white flour, white rice, or animal/dairy products.” 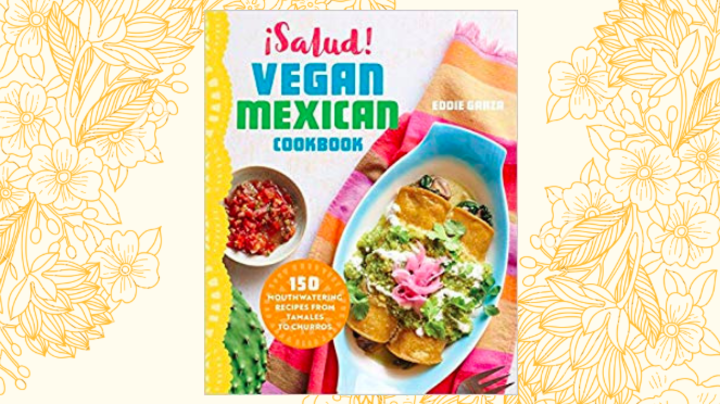 Eddie Garza is a leading voice on Latinx health and nutrition, committed to finding healthier ways to enjoy “delicious Mexican fare without animal ingredients." ¡Salud! features veganized versions of many classic Mexican dishes with “a twist that’s both mouthwatering and healthy.” As an experienced and renowned chef, Garza combines his innovative cooking techniques with traditional Mexican staples to bring readers vegan recipes filled with flavor.

There are so many issues with how mainstream veganism ignores vegans of colors. It’s important to support people of color who are making space for other people of color in this culture. While purchasing books can be one great way, there are so many others who are doing work for free on their own platforms. Seek out the leaders in your community and find out ways to support.

The Bronx Vegan is a blog run by Puerto Rican and Peruvian Bronxite, Alexis Montoya. This blog aims to highlight vegan resources in and around The Bronx through recipes, reviews and more. If you like what you read, please consider tipping below! All tips will be put towards vegan efforts to share with the world.

The Bronx Vegan is a blog that aims to highlight vegan resources in the Bronx through recipes, reviews, and more. This blog is run by Puerto Rican Peruvian Bronxite, Alexis Montoya.

See all posts by The Bronx Vegan →