by Richard Skeem 2 years ago in cuisine
Report Story 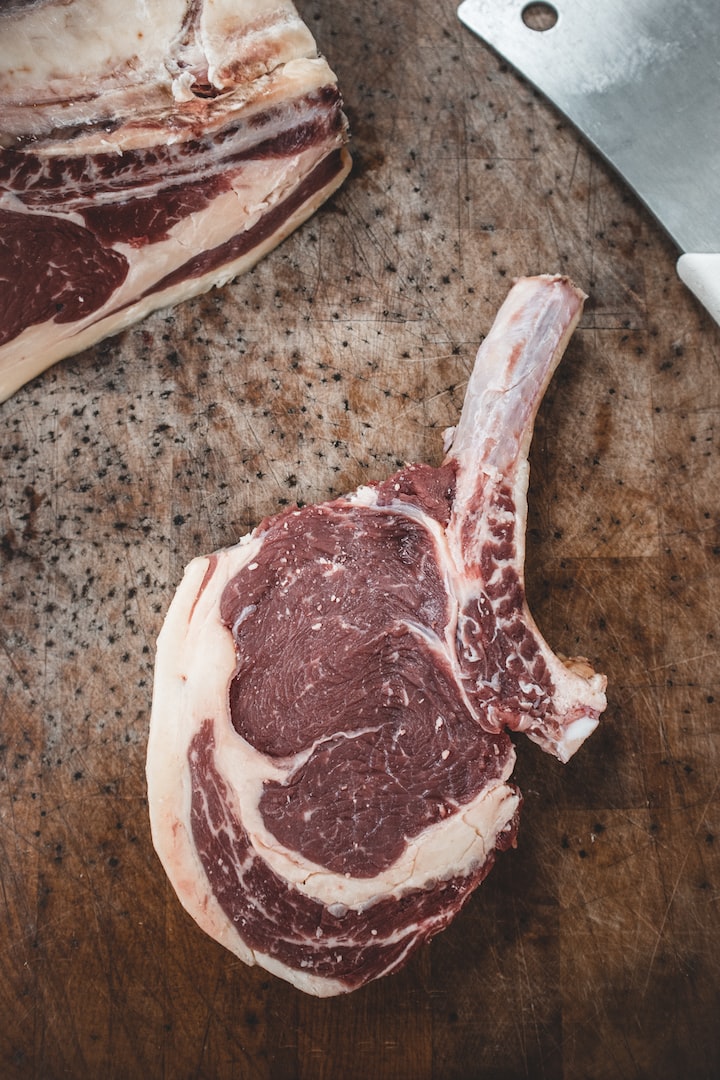 Photo by Kyle Mackie on Unsplash

Savory pork, robust wine, and a little something sweet. Allow me to paint you a delicious picture of curiosity, experience, and wonder.

It is seemingly believed by the world that wine is a very refined, fancy subject. If Jane said to John, "I'm so done with today, I'm ready to just go home, watch my favorite tv show, and drink some wine." You might hear John say, "Ooh, fancy!" and perhaps attempt a wink. Now, it's very likely that John has no sense of the word fancy and is only basing his premise off the fact that wine is usually only seen in high end restaurants or vineyards for wine tasting. It's me...I'm John...but you can call me Rick. I'm not a fancy man. All I know is I happened upon a rare triplet of delicacies. Yes, not just a pair, but a triplet!

As a young boy, I loved the simple things; Going to school with my friends, playing card games, and eating candy. I had a MAJOR sweet tooth! I know a lot of people feel the same way when they were kids, but listen. I may be next level. I loved all kinds of candies like chocolate, gummy bears/worms, sour warheads (which did not affect me. I may have been a sociopath.), and fruity candies like starbursts, and many more. I did not discriminate. If you gave me a combination of those candies back then, I would have slammed them all into my mouth together and been one happy camper.

I remember one day, close to the holidays, I was laying on my bed, stomach full of meaty pork chop, just rubbing my belly with one hand and tooth-picking my teeth with the other. Satisfied. Thinking to myself that I might look like Santa if you put a Santa hat on me at that moment. Suddenly, a call from my mom downstairs yanks my brain back to the surface of reality.

"Kids! I have dessert ready for you!"

I sat up as if I had just rose from the grave! Anybody remember that one wrestler with that black hat and trench coat back in the day? Yeah, it was like that. Without a moment to spare I bolted out of my room and down the stairs and zipped into the kitchen! My brother on the other hand just slowly pranced his way down like he was some sort of cartoon cat or something. Our mother, snickering to herself about how quickly I arrived, reached into the refrigerator to pull out what looked like the most glorious dessert I had ever seen! It was like a cake, but it wasn't a cake. Like a pie, but it wasn't a pie. It was the best of both worlds with a graham cracker crust, cream cheese base, and the most delicious red strawberries with strawberry sauce to crown the top of this masterpiece. I can still remember my first bite. I closed my eyes and just saw sparks and colors flying everywhere. Just like that one rat.

Now we fast-forward a bit into the future. I'm a teen now, 19, still living with my parents. My brother has been the age of drinking legally for about a year now. We are in a new house at this point but both our rooms are still upstairs just across the hall from one another. I'm basically doing what any other teen would be doing around 2012. Playing games and worrying about the end of the world. One night I'm sitting in my room trying to kill all the terrorists while my teammate defuses the bomb, when I hear a surge of laughter coming from my west wall. After my game, my curiosity forces me to go knock on my brothers bedroom door.

I hear a slowly drawled, sing songy, "come iiiiin." I twist the knob and push the door open rather slowly. As I do, the door begins to creek as if it was an extra in a horror movie. I keep pushing the door open at the same pace until my brothers eyes and mine meet and the creaking stops. We keep eye contact for about 5 seconds, both our faces in awe, then burst out laughing at exactly the same time.

"what the heck is going on in here?!" I ask my brother, trying to control my laughter. He slowly grabs empty bottles of cider from the floor and holds them up to me as if I'm the one who's blind from drinking. Afterwards, bottles still in hand, he points toward a bottle of wine on one if his shelves and slurs, "just enjoying the night."

I walk up to the bottle he pointed at to observe it closer. The bottle is a dark yellow amber color with a bright orange and yellow kangaroo on the label. Above the kangaroo it says "[Yellow Tail]" against a yellow background. You know the one I'm talking about? I'm sure you do. (Allow me to reiterate: I'm not a fancy man and let me preface that I do not condone underage drinking, haha.) I glance over at my brother while picking up the bottle and motion drinking it, asking if I could try some. He nods. I immediately spat it right back out! My brother lets out a puff of air so quickly that he sounds like a bike tire letting out lose air before bursting into a fit of laughter. With a firm grasp on the situation, my mind is clear and I can leave my brother's room in peace.

Now even further into the future! I'm now of legal drinking age and living with my brother as well. We moved out of our parents house with a couple of extra roommates that were a big help. It seems around the holidays I always get a craving for that godly dessert my mom made, and kept making after she found that my brother and I enjoyed it so much. My brother even had the recipe! This was our chance to have the satisfaction of making and eating our own dessert! Before all of that however, I look at my brother and ask, "Are you by any chance craving pork chops?" With his confirmation we began a festive night of cooking and baking.

With everything almost done, my brother ducks away somewhere and returns moments later behind me. To get my attention he asks, "Do you remember this little guy?" and deviously points to this orange and yellow kangaroo on the bottle he's holding. I turn around slowly, horror filling my eyes as I gaze upon the bottle. "Oh, no!" I seemingly say in slow motion. Yet, somehow he convinces me to try some but I wanted to go all out. We grabbed a couple of our mothers old wine glasses, she gave to us before moving, from one of the cabinets in the kitchen. Each of us took turns pouring our own glasses after setting and sitting down at the table with our savory pork chop dinner accompanied by butter roasted potatoes.

I was pleasantly surprised at the combo and how well it all worked together! The sweet yet earthy flavor of our Yellow Tail: Shiraz white wine seemed to enhance the umami of the pork chops in such a way that we actually couldn't bring ourselves to put that blasted wine down. Then came the perfect dessert! The perfect combinations of flavor flooding our mouths: The left over taste of savory pork chop combining with the sweet swirl of wine and cream cheese filling. An unexpected match made for the heavens!

Now, as of late, it has become a sort of holiday tradition!

Thank you for reading! 😁

Just a gamer geek who likes to think...and eat.

More stories from Richard Skeem and writers in Feast and other communities.