by Alisan Keesee 24 days ago in healthy

Enjoy your organically grown tomato, but don't judge others for not buying organically. 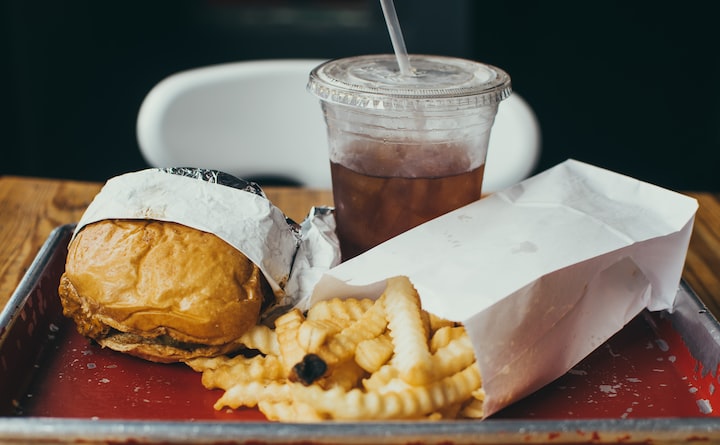 Photo by Christopher Williams on Unsplash

During my ecogastronomy class, we discussed how the processing of food is contributing to obesity in the US. In this discussion, the Whole30 diet came up. The Whole30 diet encourages eating only whole foods which means no processed foods and sugar (real or artificial), dairy, legumes, and sweets of any kind. While we didn't discuss the specifics, someone in class said, "How is that a diet?!" Other students were similarly surprised that many people don't eat only organic produce or the fact that at least one third of our university’s campus suffered from food insecurity.

To understand why processed foods are on top of the food chain, one has to look at poverty in the US and how it doesn't allow people in poverty to make active choices about the food they eat or afford healthy foods in the first place. In fact, once a food is deemed "healthy" by the general society, the price goes up. For example, since kale has been marketed as a health food, the price has gone from $0.88 a bunch to $1.10.

For people who use food banks or other services, canned foods are a staple and they often do not choose what they receive (beyond any food allergies). Therefore, their weight and health problems can't be considered their fault.

While produce may seem cheap, at roughly a dollar or under a dollar per item, the calorie output is much less. Meaning, you have to buy double or triple the amounts of fruits and veggies than you do most processed foods. For people facing food insecurity, getting enough calories for your buck is the most important part of food buying. Not everyone can afford to buy pounds of produce for each of their family members per week.

While food trends, diets, and nutritionists mean well, with the current state of poverty in the US, it is impossible for many residents of the US to eat healthy purely due to their socioeconomic status and circumstances. Processed foods offer more bang for the buck and while they may not be the healthiest option on the market, they are the most viable option for many people on a strict budget or for people who are not sure where their next meal is coming from.

I'm not writing this article to discourage knowledge of where your food comes from or to discourage anyone from supporting, buying, and consuming organic foods. I simply want to call out the privilege many consumers have when it comes to these items. Enjoy your organically grown tomato, but don't judge others for not buying organically when their food circumstances may not be evident.

The organic movement and wanting people to eat healthily is admirable, but unfortunately, without an overall of the economy and the near elimination of poverty (or a drastic drop in food costs that isn't realistic), it remains a dream that is only achievable by the relatively privileged.

Now that it has been a couple of years and I’ve had more to learn and experience food, weight changes, etc. I think this article is missing an important aspect: genetics.

I took a 23&Me test earlier this year. According to my genetics, I am predisposed to weight 9% more than the average of a woman of my height, weight, and age. I am also predisposed to type II diabetes.

I discussed this with my nutritionist and she explained that sometimes it’s impossible to beat genetics with diet alone. Someone with a fantastic, varied diet may develop diabetes. Whereas someone who eats sugar in excess every day, never will. It’s often the luck of the draw and genetics can count the cards.

Therefore, obesity would still exist even if everyone ate a totally organic and “healthy” diet (whatever that truly means). That is because some bodies are just meant to exist like that and that’s totally fine!

In order to keep my weight down, I developed an eating disorder and starved myself. I reduced meat significantly (which definitely isn’t a bad thing but the reduction in protein didn’t help me), ate as little as possible, and as many whole foods as possible.

This led to binging, weight gain, and shame. Ultimately, I’m meant to have a little extra weight on me and I shouldn’t have to starve myself or eat anyone else’s idea of a healthy diet just to fit into a narrative (whether that be diet culture or well meaning diet environmentalism).

I should also note that I’m not anti-organic. I think if you can afford it, enjoy it, and find satisfaction from it, keep doing it! I try to buy organic when I can. I also think almost everyone can benefit from reducing dairy and meat, which also carries a significant environmental benefit.

I simply believe that certain arguments fail to recognize how class, privilege, and even genetics come into play when it comes to obesity.

Read next: There's just something about Pizza...