THERE'S BACTERIA IN MY YOGURT?!?

by Rachel K 6 months ago in healthy 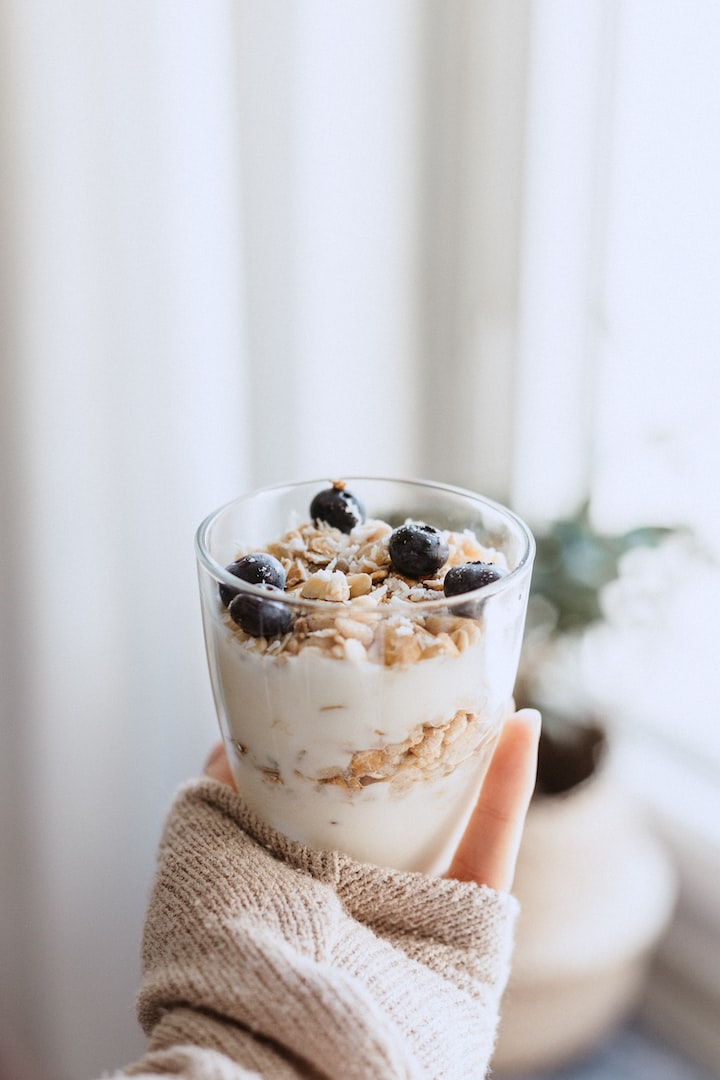 Photo by Ellieelien on Unsplash

I was in fifth grade when I saw “the film”. My greek yogurt which was supposed to be ready-to-eat had a slimy, ooey-gooey, and unappetizing film on top of it. Immediately, I thought my yogurt had expired! So, like the fifth-grader I was, I threw away the entire container of yogurt without knowing that “the film” I saw was actually a healthy layer of microorganisms. A decade or so later, and I am here to inform you about a type of microorganism that makes your yogurt, Lactobacillus bulgaricus well, yogurt. But before we get into the specifics, let me give you a brief synopsis on the importance of these little fermenting bacteria.

Lactobacillus bulgaricus is a subspecies of the bacteria Lactobacilli and they are often grouped under the blanket-term probiotics. As a member of the probiotic family, it should come as no surprise that these bacteria can protect the gut lining and promote health in humans. Did I mention how important bacteria in the gut are? So yes, these microorganisms are not only important for the flavor and texture of our food, but also for our gut health. Here is one example as to why. If you have ever taken a round of antibiotics, then it is likely that your doctor has also prescribed probiotics. Reason being, when you take antibiotics, it can lead to dysbiosis (a disruption in the gut). This disruption can lead to disturbing gastrointestinal issues such as diarrhea and excessive gas. Studies have shown probiotics were found to correct dysbiosis and minimize the destruction of antibiotics on the gut microbiome. Clearly, these bacteria are important to our health, so let's find out specifically what Lactobacillus bulgaricus are capable of doing.

Lactobacillus bulgaricus is typically added alongside Streptococcus thermophilus as a bacterial starter for yogurt production. This bacteria is non-mobile (doesn’t move) and rod-shaped as depicted in Image 2. It is a facultative anaerobe which means it can live in both oxygen-rich and oxygen-poor environments. As I have pointed out before, it can also survive in the gastrointestinal tract (obviously if it benefits it!). Further, scientists have discovered the strain Lacotbacillus bulgaricus can adapt to fluctuating temperatures well. By that, the bacteria can survive in as low as 4-7 degrees Celsius!

What is so special about this bacteria? This strain of Lactobacillus dates back thousands of years to the Balkan region of southeastern Europe. That’s right. It has been around for a very long time! In food, this bacteria is essential for degrading the milk proteins and lactose sugars in milk. This process is known as fermentation which creates the texture and flavors we all know and love. Besides “creating” the yogurt, this bacteria has astounding health benefits. Here are four:

1. Immunomodulation. It enhances the immunity of a host by producing immune factors. This can prevent certain infections such as H. pylori (a terrible infection) in the gut. In a study using rats, scientists found that rats infected with E. coli had an improved survival rate when treated with probiotics containing Lactobacillus bulgaricus.

2. Gut Barrier Protection. The microbes can aid in gut barrier function and reduce digestive disorders such as those caused by diarrhea. It can do this by secretion of an immunoglobulin A which can decrease pathological damage in the gut.

3. Detoxification. These bacteria can rid the gut of toxins that build up.

4. Anti-inflammatory. By releasing specific chemicals, these bacteria can reduce inflammation in the gut.

Lactobacillus bulgaricus is an amazing microbe! It’s a transformer, it has the ability to survive in the human gut, and reaps benefits for human health. Microbes may be tiny, but they are truly wonders of the world. So, the next time you think about throwing away your yogurt, just remember all the potential health benefits you may be missing out on!

Hey y'all! Wecome to my page of quite literally whatever comes to my mind. I am a senior at Tufts Unversity majoring in STEM. Unfortunatley, that doesn't give me a bunch of room for creative writing! Just trying to bring light to the world!

See all posts by Rachel K →