A Mexican recipe, in Quebec, by way of Texas. 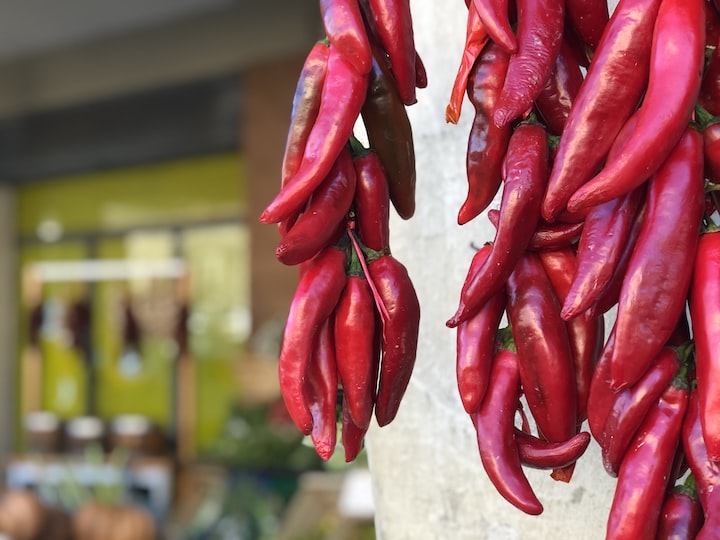 Growing up just outside of Houston made it easy for my parents to take me on day trips to Mexico when I was a child. We would leave in the morning and come back across the border just before sundown. Of course, all of this was well before 9/11 made traveling like that on a whim much more time consuming. Those miniature getaways still left a deep impression on me, as well as an appreciation for everything we tasted along the way. It isn't that Mexican food was ever hard to find back home, but Tex-Mex and taco trucks are far different from the deeply charred and smoky flavors that reigned supreme on the other side of the border.

Now I live in Montreal, which is about as far from Mexico as it gets, and in my time here I have discovered that there is a secret ingredient to all Mexican cuisine in this city. It's something that is entirely inescapable no matter where you sit down to eat, no matter how hidden away and pure your believe the little hole in the wall that you found is. Palates up here are different than those that grow up eating chilis and spices by the pound, and they demand to be appeased with the one thing Canadians love even more than maple flavored hockey sticks. Diners in Montreal will not give you their money unless it is in every single dish. It exists as a completely free flavor additive ensuring there is no restaurant that can't afford to use it. That secret ingredient is compromise, and I'm over it.

I've had tacos served on rebaked tortillas and smothered in apple butter. French fries and gravy inside of a burrito. Someone even put potatoes in their rice. Potatoes. In their rice. That's just a hat on a hat. I get it, Canadians in general don't do a lot of heat or spice or deep flavors in most of their regional cuisine. Poutine is delicious, but when putting hotdogs and pickled peppers on top of it is considered "getting crazy," you know that the local flavor town is the kind of tight knit community where everyone shares a single paella dish that is exclusively used as a centerpiece instead of ever having something cooked in it. I love Canada, I really do. I don't love potatoes in my rice.

Thankfully, I spent well over a decade working in kitchens and bars, so making my own food isn't a problem. I also have an amazing mole recipe that has its roots in a man name Moses who lived with us when I was young after my parents discovered the neighbors keeping him as little more than a slave. Moses wasn't in the country legally, and they were letting him sleep in their toolshed in the sweltering Houston heat with no A/C and their "pet" snapping turtle for a roommate. I'm sure I'll write more about Moses some day, but I wanted to mention him here, because the beauty that is this salsa would never have been realized without his influence on me at such a young age. Seeing him cook in our kitchen isn't something I remember particularly well, but I remember it fondly, and when I'm cooking it is often that same fondness that I feel once more. So now that we've gotten the obligatory "scroll past this before getting to the recipe" part of every single food article, let's talk ingredients, technique, and taste.

This recipe isn't too far from the sort of mole that you would find in any halfway decent Mexican restaurant, or even most Tex-Mex joints that care at least slightly more for authenticity than they do shredded marble cheese. Most of these sorts of salsas are going to begin with dried Ancho, Guajillo, and Chipotle peppers, but mine only calls for the first two of these. Ancho and Guajillo are already two varieties with vastly different flavor profiles, yet they meld together in such an incredible way that the addition of Chipotle seems somehow disingenuous to all of the peppers involved. It does provide you with something less deeply Earthy than this recipe, so if that is what you want feel free to include a couple in your salsa along with the others when they are called for. Otherwise, use the Morita chili that is listed in the ingredients. This one might be a little more difficult to find depending where you are, but it is absolutely worth hunting down. On its own it has a smoky sour flavor, but along with the others it emphasizes the best aspects of the Guajillo and Ancho just as they amplify it in return. All of these peppers play so well together that it makes Chipotle peppers feel like something of a crutch that I spent years leaning on. Still, I don't hate it, there are just better recipes for Chipotle to take a starring role in.

Apart from the peppers, we've got tomatoes, white onion, lime, and garlic for fresh ingredients, with salt, black pepper, and water finishing off the list. It doesn't particularly matter what tomatoes you are using assuming they are red and ripe. I'm sure that if I spent more time tinkering with this recipe I could determine the optimal breed of tomato for the dish, but they aren't what this is about, so I doubt that will ever happen. Just make sure whatever you are using is fresh and not canned. There's nothing wrong with canned tomatoes in general, but they absolutely do not belong here. Now, in regards to ratios, this recipe is written out volumetrically, but that does not mean it is set in stone. Don't worry about trimming anything to make your numbers line up exactly with mine. Just use whatever you have on hand to get as close as reasonably possible, and as with every other recipe on the planet, measure the garlic with your heart.

To kick things off you will need:

1 or 2 medium limes to taste

salt and pepper to taste

All of the fresh vegetables can be cut in half and placed face down on a baking sheet along with the garlic to go under the broiler while the chilis rest. You want to form a nice char on everything without going so far as to blacken any of your ingredients entirely. Go ahead and leave the skins on all of the vegetables, as they will be easy enough to peel off once they have come out of the broiler and cooled. If you're worried about roasting things directly under your broiler, just keep a close eye on them and check your oven every 90 seconds after the first five minutes.

Start things off by trimming the tops off of your dried chilis and removing as many seeds and as much of the membrane as you can. How hot you want your salsa determines how much of those you want to leave behind, but it is probably safe to say that you should just get rid of all of them and adjust to taste after the salsa is finished. Then you can stick them in a pot, cover with the hot water, and just let them soak for around twenty minutes. By the time these are done, your vegetables should be done roasting, and if you're lucky they'll even have had time to rest enough that they can be peeled.

Now all you need to do is load your roasted and peeled vegetables into a blender along with your rehydrated peppers and at least half of the water that they were soaking in, pop the lid on top, and turn it on for a couple of minutes. This salsa really should be as smooth as possible before tasting it. This is also the point where you want to think about adding salt, black pepper, lime juice, and even some more of the pepper water to taste. What you've created is going to be a lighter version of itself than the final product is, but you should still be settling on where exactly you'd like it to sit in regards to salt, acid, and heat. As soon as you've found a ratio that you like, give it another ten or so seconds in the blender before transferring it back into the pot that the peppers were soaking in. From there, all you have to do is bring the salsa up to a boil, then back down to a simmer, and let it ride for about an hour. Feel free to check it every ten or fifteen minutes in case it needs a stir or reduces faster than you expect it to, but you should be safe to give it at least 45 uninterrupted minutes of simmering. When you've gotten it to the consistency that you like, it's time to kill the heat and do one last taste test. Assuming no further adjustments are needed, then you're all done.

This isn't the sort of chocolate mole that you'll find elsewhere, and it isn't what will hit the table inside of three minutes after sitting down at a Tex-Mex restaurant, but it is authentic, and it is delicious. In fact, apart from working out some actual ratios besides "this many handfuls of," this is the exact salsa that Moses made for my family at least once or twice. It definitely doesn't taste exactly the same as his does, but it is damn close. Close enough that I'm proud of it, and close enough that it has turned the heads of every Canadian that has tried it so far. It isn't just salsa, it's salsa without compromise, and that is without a doubt the best salsa of them all.

John Dodge wishes he had more time to spend in the kitchen and writing about food, but he is usually writing about comic books instead over at CBR.com. You can also find him on Facebook, Twitter, and Instagram, even if he isn't on social media as often as he probably should be. If you liked this article, click the heart button below. If you really liked this article, you can even click the button next to the heart shaped one to send John a tip. He promises to spend it on more chili peppers.