Pancake Day Around the World

by Siân Roche 14 days ago in pop culture 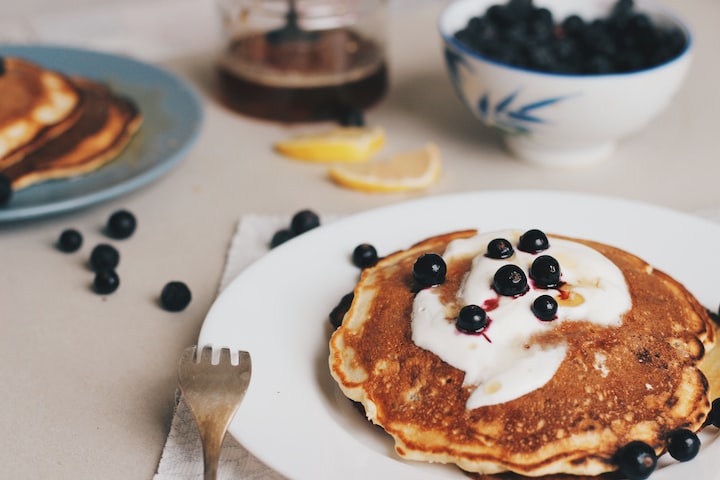 Photo by Ala on Unsplash

Today marks Pancake Day, also known as Shrove Tuesday in the UK. I thought it would be interesting to explore how Pancake Day is celebrated around the world – does the UK do it best? Are there better ideas out there?

A little background: Pancake Day, or Shrove Tuesday, is a feast day before Lent (the 40 days before Easter) begins the following day on Ash Wednesday. Traditionally, Lent was a time of fasting and Shrove Tuesday was the last opportunity to use up eggs and fats before beginning fasting... thus, pancakes! At least, that means pancakes here in the UK, perhaps eaten with lemon and sugar, Nutella, syrup or maybe even something savoury if you’re feeling fancy!

Although not this year (thanks to Covid), pancake races tend to form an important part of the UK’s Shrove Tuesday celebrations. They act as an opportunity for large numbers of people, often in fancy dress, to race down streets tossing pancakes. The object of the race is to get to the finishing line first, whilst wearing an apron and hat or scarf, carrying a frying pan with a cooked pancake in it and flipping the pancake as you run.

The most famous pancake race takes place at Olney in Buckinghamshire. According to tradition, in 1445 a woman in Olney heard a church bell calling her to confession while she was making pancakes and she ran to the church in her apron, still holding her frying pan and pancake.

Denmark celebrates Fastenlavn. They eat freshly made buns full of whipped cream, strawberry jam and melted chocolate. Their bakeries and toy shops are decorated with toy cats and local children play a game of the catchily named ‘Hitting the Cat Out of the Barrel’ – a piñata game which thankfully does not involve hitting actual live cats (anymore). In the 18th century, people took it in turns to beat a wooden barrel with a stick to scare ‘evil’ cats (which often slept inside barrels) away from their town.

This one sounds like a party. Traditionally, Poland celebrated Tłusty Czwartek, translated as Fat Thursday, by spending an entire week eating large amounts of lard, bacon and vodka. Nowadays, the bacon and vodka has made way for Faworki, dough fingers served with powdered sugar, and Paczki, fist-sized rosehip jam-filled doughnuts.

Canada's pancake day has some similarities to the UK's – they enjoy pancakes but tend to go for toppings such as maple syrup, partridge berry jam and sausages.

Here’s where it gets different: Canadians add extra ingredients to their pancake batter, all with their own special meaning. These trinkets can include coins, buttons and rings. It is believed that whoever finds a coin is lucky, and will be rick. If you find the button, unlucky! You'll be working for the rest of your life as a seamstress or tailor and you'll have sire teeth form biting down on a button!

Uzgavenes is filled with pranks, superstitions and fancy dress. Locals are encouraged to dress up as devils, witches, goats and beggars and wear wooden masks to scare off cold weather. They try to make each other laugh by singing, dancing, throwing water at each other and playing pranks. Kids are also encouraged to ask for pancakes and money - much like trick or treating at Halloween.

An old wives’ tale from Lithuania also says that if you scrape the Shrove Tuesday leftovers from your teeth on Ash Wednesday, tie them in a handkerchief, and wear it on your chest until Easter, you will be able to spot real witches among the fancy-dress witched at Uzgavenes the next year.

Much like in UK tradition, the Spanish use Shrove Tuesday as an excuse to clear out their cupboards with a community meal before beginning fasting, but they don’t make pancakes or anything sweet. It is known as Dia de la Tortilla, or Day of the Omelette, and - you’ve guessed it - they make omelettes.

Iceland celebrates Sprengidagur, which translates as Bursting Day. It is celebrated by consuming lamb with pea soup. Traditionally, Iceland’s people were encouraged to eat to bursting point during what would be their last proper meal before Lent, which is where the name comes from. The day before Bursting Day they also celebrate Bun Day, which is when children dress up in fancy costumes and sing at shops in exchange for sweets.

There are so many ways to celebrate! Which way appeals to you most? Do you have any special traditions for Pancake day that I've missed?

However you celebrate - enjoy!

A student in the UK with a passion for news, politics, music and pop culture.

See all posts by Siân Roche →