More Of My Favorite Food Hacks

It’s all rotten and dry and dehydrated and just rancid, you don’t really want to use it anymore and it’s hard and crunchy like this one. 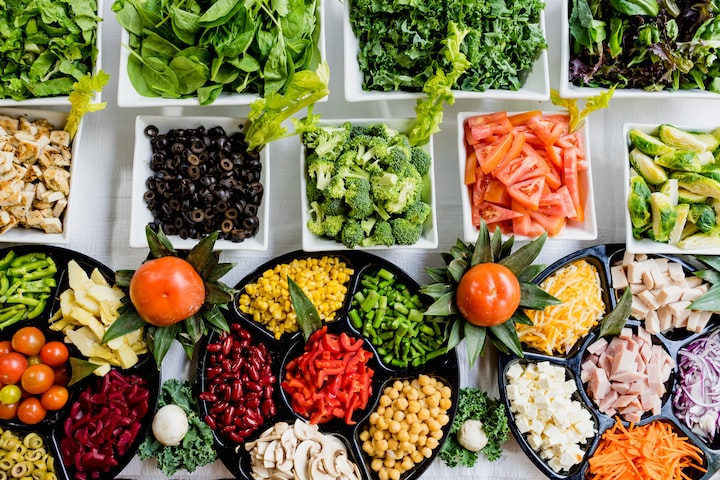 Let’s say you need a little bit of lemon juice. You usually take your lemon and you cut it in half then you use a little bit of lemon juice and then you’ve got all this lemon leftover so you put it in the fridge or something. And then when you come back it looks like this. It’s all rotten and dry and dehydrated and just rancid, you don’t really want to use it anymore and it’s hard and crunchy like this one. There must be a better way to preserve your lemon and still get your juice. Well there is, this is how, you take your lemon and you roll it and then you want to take a sort of pin and just poke in the bottom in the lemon, the exact bottom where the point is here, and then you squeeze and all the lemon juice you want just pours out. Now the great thing is you made a very small little hole in it now so oxygen can’t really get into it and make it rot so it will stay fresher for longer.

Sometimes you want to spread some butter but when you take it out of the fridge the butter is super hard and really hard to spread. This is super annoying, so what do you do? Usually you just pop it in the microwave but the issue with this is it always seems to over melt the butter and make it into a big soupy mess just like this. That can be very annoying so there must be a better way. Well there is, take a cheese grater and then you just grate your butter stick. Yes that’s right, grate your butter stick. Now that has two added benefits, one it delivers energy to the butter by the grating motion which makes it a bit softer, and also the higher surface area makes it softer quicker also. Lastly it’s in this funny interesting spaghetti like consistency which now is super spreadable so you can just spread it on whatever you want and you have nice soft butter. Success!

You just take a knife and a potato and you put them together and just twirl the potato around while you cut into the skin just softly in a circular motion, then you take it and you cook it like you normally would. Now by cooking the skin with the potato you actually infuse the potato with more flavor because most of the flavor of the potato is actually in the skin so you get more potatoy mash. Once you’ve cooked it, you can just pull the skin off just like this and it’s so much more efficient, you don’t waste any potato and it’s much quicker than peeling it.

Take a hardboiled egg, place it in a jar, add a little bit of water to cover then you just place your hand over the jar and shake it like mad. Once you’re done which is pretty soon, you just take out and the shell is basically fall off the boiled egg and it’s that easy to remove.

Alright, trick number five staying on the same shaking idea this is a garlic bowl and I’m just going to place it in a jar and again shake like mad. Okay, once you’ve done that for a little bit then you just pop it out and you just remove some of the husks because they will get in the way. Once you have removed the husks just put all these garlic cloves back inside, alright. Put the lid back on and again shake like crazy, keep shaking, just carry on shaking. And now you just pop it out and all the skins have separated from the cloves. You can just pick them away and put them to one side then you’ve got these beautiful little garlic cloves and if any of the skin is still on you can put them in the jar and shake again or just easily pull it off very easily like that.

I hate when you have old bread and it’s super hard and you can’t use it anymore. That’s why I always keep my bread inside a plastic bag so it stays soft, just like this one here and then you can still resuscitate here. I’ve got soft bread but it’s very, very old and to resuscitate it all you’re going to need is just some water. I’m going to put this here so I can pour some water over it, basically just pour the water over it and pour it on the bottom also and then you want to place it into an oven at 180-degrees Celsius, that’s 356-degrees Fahrenheit. You’re going to want to leave it in there for about three minutes and after three minutes have passed then you just want to turn it around and then hit it up for another three minutes. If it’s still soft or not done enough just leave it a bit longer. But once it’s done you just pull it out and it’s crispy again and crunchy just like it was from the bakers and the inside is nice and soft and tender and steamy, just delicious fresh bread and this is like an old bread, this is like a week old really. But it’s super usable again and just great to use, so give this a try at home and let me know what you think.

For this trick let’s assume you can’t find your bottle opener but you do happen to find your blow torch. Well just take it and turn it on then aim it at the little air gap in between the cork and the wine and what will happen is it will heat up the air and make it expand pushing the cork out the top in a nice little explosive bang — just like this. Success! Alright now you turn your blow torch off and pour out your wine like you usually would and enjoy it. There we go, done!

Alright so this next trick is called the Black Egg and for this you’re just going to crack and egg into a bowl and then separate out the yolk. The simplest way to do this is just with a spoon, you scoop it out like this and just pop it in the other bowl. Now I’m going to add some black cuttlefish ink but if you don’t like the savory fishy taste this has you can always just use black food coloring and just mix it together like this. Once you’ve mixed it together then you’re going to want to fry it. Here I am going to put some oil on a pan and here I’m going to pop it in. One thing that happens is when you beat egg whites they become a bit more runny so they will spread out more than you want. If that happens just simply push the sides in like this just to keep in an egg sort of shape. Alright now you’re going to want to add your egg yolk back in, so just add it on like this and put it into position where you want it to be. Once it’s done cooking there you go, it’ simple, done. Just cook it like you would a normal sunny side up fried egg. This is just a very simple way to make something mundane look very, very different and interesting. I hope you enjoy it!

Sometimes you’ve got some eggs and you just don’t know whether they’re fresh or not. It’s kind of impossible to look at an egg and know if it’s fresh even though most grocery stores these days do print the date on them just like so, but sometimes these get rubbed off because of some other reason that we just don’t know. Now in that kind of case what do you do to figure out if an egg is fresh or not? Well here’s a simple trick, just drop your egg in some water and the fresh ones will sink to the bottom just like this and the un-fresh ones will float to the top just like so. Now the great thing about this trick is you can do it with multiple eggs if you happen to have a big enough tub and then you can easily detect which eggs are fresh and which eggs are no good. For example here, these two are no good I’m just going to dispose of them and cook with the rest.

Now I’m going to show you an amazing new way to make poached eggs even better. Start off by taking an egg and separating it like this, now you want to take some basil and just finely chop it up, so cut it like this and chop it up like that. Now you can use any other herb you like but the combination of what I’m showing you is pretty good. Take your basil and add it to your egg whites, just like this and then add a little bit of mozzarella cheese, but you can add any other cheese you like or any other ingredients for that matter. You can put little bits of mushroom or little bacon bits, whatever you like with eggs. Once it’s mixed up take another bowl, take some cling film dent it into the bowl then spray it with oil so you can un-stick it later. Place half your mixture into the bowl like this. Now place your egg yolk and cover it up with the rest of the mixture just like so. Okay now to close it up, you just bring up the sides and you can tie this into a knot or use a little piece of string and tie a knot around it, or you can use one of these simple cheap little clamps and just clamp it shut. You can get this everywhere, it’s no point mentioning it. Now to cook it, I’m going to place it in some simmering water for five minutes to get a nice runny egg yolk, but you can cook it a little bit longer if you want to have a more hard egg yolk. Okay so once it’s done just take it out, and then you just un-clamp it and I’m going to place it here on some bread and it’s delicious like this but you can also add it in say an Eggs Benedict recipe or some salad, or just anywhere you want to use a poached egg. This is just way better and more tasty.