by Denise Larkin 2 years ago in healthy
Report Story

You should give Green tea a try if you are unwell or need to lose weight. 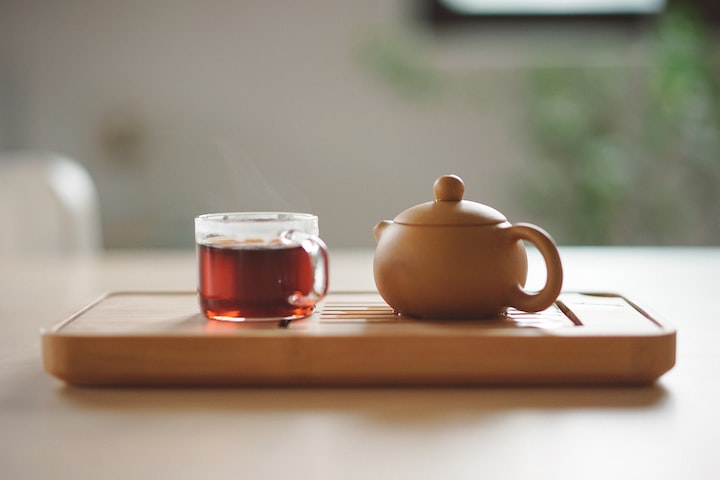 I found some lovely tasting Green tea at my local supermarket and now I drink it at least four to six times per day. I start my day with a cup of Green tea each morning. I find that it helps me feel better and sets me up for the day.

Here is what I have learned whilst drinking Green tea.

I found this out by accident. I woke up one morning feeling awful because I had drunk too much wine the night before at a party I’d been to. I tried a cup of Green tea and then another, and boom, I was feeling much better. If you drink a cup or two of Green tea during a hangover it helps clear it or at least it did for me. Green tea contains lots of antioxidants, so it’s the reason why it made me feel better. According to the Medical News Today alcohol causes oxidative stress leading the body to produce free radicals, so if you have something to drink or eat with high antioxidants it will help to reduce the negative effects of drinking alcohol.

I have read on the Healthline website that Green tea increases fat burning and improves physical performance. It helped me to lose weight whilst I was on a weight loss diet. I class it as a weight loss tea because it can help you burn fat much quicker than normal but it also helps me with other ailments too. Drinking Green tea has quickened my metabolism as I have been losing weight weekly. All I need to do now is lose 2 more stone to get to my ideal weight.

Green tea has helped me considerably. Before I discovered Green tea, I was drinking Oolong tea which also helped, but I ran out of this tea and I didn’t bother getting any more for a while. Plus I had to buy it from another shop and it was always prooving harder to get.

So when it was time to go shopping, I saw a box of Green Tea with lemon sitting on a shelf. I looked at it and saw it was made by Tesco and selling at just 75 pence each. So, I bought a box, because for that price you can’t go wrong. It tasted great so I drank it every day.

When I used all of the tea bags in that box, I then vowed to buy another one when I went shopping next. Of course, I ended up going to a smaller Tesco store and they weren’t selling any Tesco brand Green tea with lemon, so I ended up buying the Tetley’s Green Tea with Lemon. They weren’t bad either but I did think the Tesco brand tasted good.

Although I have had both brands of this Green tea, I do think they each work in the same way and the cheaper Tesco brand of Green tea with lemon has a better taste to it in my opinion and it’s cheaper. You can also buy a pack of 20 teabags of lemon Green tea from Twinings which isn’t too bad for taste either.

Green tea helps with all ailments and diseases

I started drinking it because I felt it made me feel better. It helped me with my Diabetes and my anxiety. It helped lower my blood sugar levels too. In fact, it helped me to just basically feel better, so I now include it in my weekly shopping and drink it every day.

I have also tried the Green tea without any flavor in it. Lately, I have been drinking it much more than usual and I can tell you, it helps with my aching body as I do suffer from arthritis. The more I drink the more my pain eases. According to Arthrtis.org Green tea has ingredients to reduce inflammation in the body. Here is a statement from Arthritis.org about Green tea.

“Green tea is all rich in polyphenols — compounds from plants that have strong anti-inflammatory effects. You’ll find the highest polyphenol levels in green and white teas. Green tea is generally viewed as the most beneficial of all since it’s active ingredient is a polyphenol known as epigallocatechin 3-gallate (EGCG). When it comes to antioxidant activity, EGCG has been shown to be as much as 100 times stronger than vitamins C and E. Studies have shown it also helps preserve cartilage and bone, although there are no widespread controlled trials of it in people with arthritis.”

I drink Green tea first thing in the morning with my breakfast and then I have another cup after breakfast. I then have at least two to three cups of it in the afternoon. I try not to drink it after 7 pm as it can stop me from sleeping at night.

If I feel under the weather or have a cold, I make sure I have more Green tea as it really does help me feel better because it clears the badness out of your body as it works like water; flushing toxins and diseases away. It’s like drinking water but much better or medicine for colds and flu.

According to the website Stylecraze, they make the following statement about Green tea which is as follows:

“Green tea contains an active antioxidant called Catechins. The catechins known as Epigallocatechin gallate (EGCG) helps to boost metabolism and burn fat. It helps to mobilize the fat by inhibiting an enzyme that breaks down a hormone called norepinephrine. This increases the level of norepinephrine. Of course, norepinephrine signals the fat cells to break down fat. Green tea also contains a generous amount of caffeine that stimulates weight loss.”

Stylecraze also gives a 2-day diet plan for the Green Tea Diet and tells you how to do it. I have been doing something similar to their diet but in my own way. (You can see my diet plan below).

You can buy Green tea with other flavors through it like peppermint or mint.

There is a diet that you can do when drinking Green tea called the Green tea diet. Here is an example of the meal plan I have been using:

First thing in the morning: 1 cup of green tea with lemon add more lime juice if you wish for extra benefits

Post-Lunch: half a cup of yogurt

Make sure you drink the Green tea with lemon an hour before breakfast, lunch, and dinner.

Early morning: 1 cup green tea with lemon plus a half teaspoon of cinnamon powder

For more ideas and information about dieting like this: see Stylecraze online.

So, in a nutshell, drink Green tea if you want to feel better and be healthy or even for losing weight.

This article was published on Medium.com by Denise Larkin.

A writer from London writes about her experiences and shares her poetry and fictional stories on VocalMedia. The author of thriller fiction books, Time to Run and The Island of Love. Her new book Darkness is available now on Amazon.

More stories from Denise Larkin and writers in Feast and other communities.