by Chloe Gilholy 16 days ago in cuisine 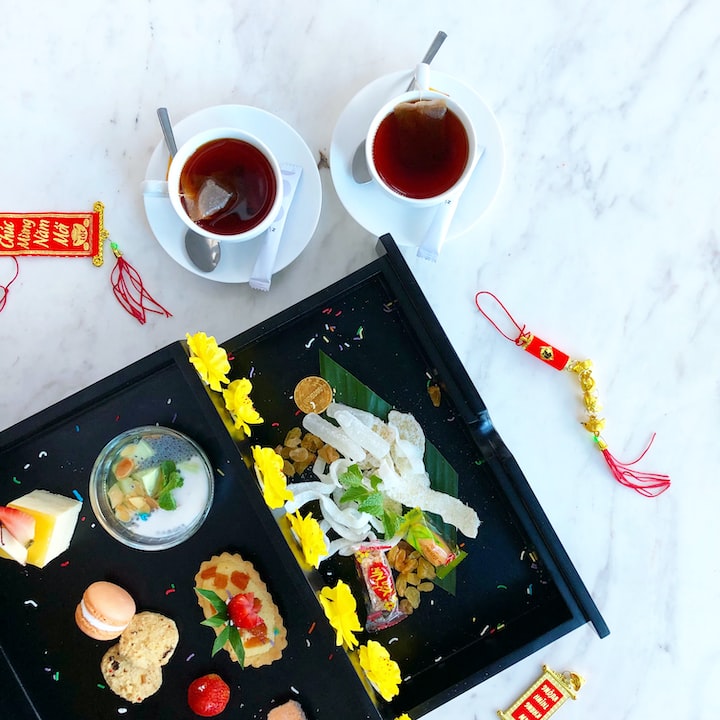 Photo by Huy Kutis on Unsplash

I love Asian cuisine. If done well, it's healthy, fresh and creates epic combination of tastes that triggers all six senses. I love Japanese food the most, even though it's quite expensive in the UK. I was so happy when they first opened Banbury's first Japanese Restaurant. It really brought something great to the high street. Before, I would be going to Oxford or Birmingham to go to Japanese restaurants. To make it even better it's not from home. Because of lockdown, I haven't been in, but they are open for delivery and it is being renovated.

I always get excited when I see a Japanese restaurant and it’s named after a place or an important part of Japanese culture. In Birmingham, there is a restaurant called Mt. Fuji and it reminded me so much of Hakone from when I went there and saw Mt. Fuji with my own eyes. Anything that mentions the words Sushi like Yo Sushi or Sushi Mania, I’m intrigued.

I really like how they do their Katsu curries. I like how it’s served with both rice and salad. And the main protein weather it’s meat or vegetable based is in bread crumbs. Pumpkin Katsu Curry is amazing because the pumpkin melts in your mouth.

I used to go to the Yo Sushi in Oxford back when it was one of the only Japanese restaurants in the central area. Maybe there was more, but back then I didn’t know the area as much as I do know and now, I know of several more.

Since then, the supermarkets have been doing more Japanese foods. It's nice, but not as nice as the stuff in the restaurants. There's something very sophisticated about eating at Japanese restaurant. Each one I've been in, I felt like I was in Japan. I've been to Japan twice and spent two weeks there each time I went. I love Japan and a lot of the things I love coincidently come from Japan or are often associated with the country. Things like my favourite cartoon shows as a kid, the anime and manga like Pokémon, Digimon, Sailor Moon and Naruto.

The lunch specials are always worth getting. If you see a bento box on the menu, go for it! I love bento boxes because you get to try new things or enjoy a little bit of what you like. Mixture of hot and cold foods. Japanese food always go well with a nice hot cup of green tea. If you're in a place where you get free refills, that's even better.

The dining experience and food is seen as an artform in Japan. When I was in Japan, every menu was filled with colour and pictures. Even if your langue was limited, like mine was, I was able to look at the pictures. What’s also helpful is the plastic displays they have outside so you can see what sort of food they do. They don’t just taste amazing, they look amazing too.

Japanese food isn’t for everybody. I know the word sushi makes people shiver because of the thought of eating raw fish. The good thing about sushi is that it’s much more than just raw fish. There are many types of sushi and there are some vegan and vegetarian options. I took some of my friends to my local Japanese restaurant, and they loved the Chicken Katsu rolls. A bento box can have almost anything in it, but it doesn’t matter what is in it, it always goes nicely with a cup of green tea because the fragrant aromas blend together and give your taste pallets a treat.