An Introduction to White Trash Cooking

by Katie Alafdal 4 months ago in diy 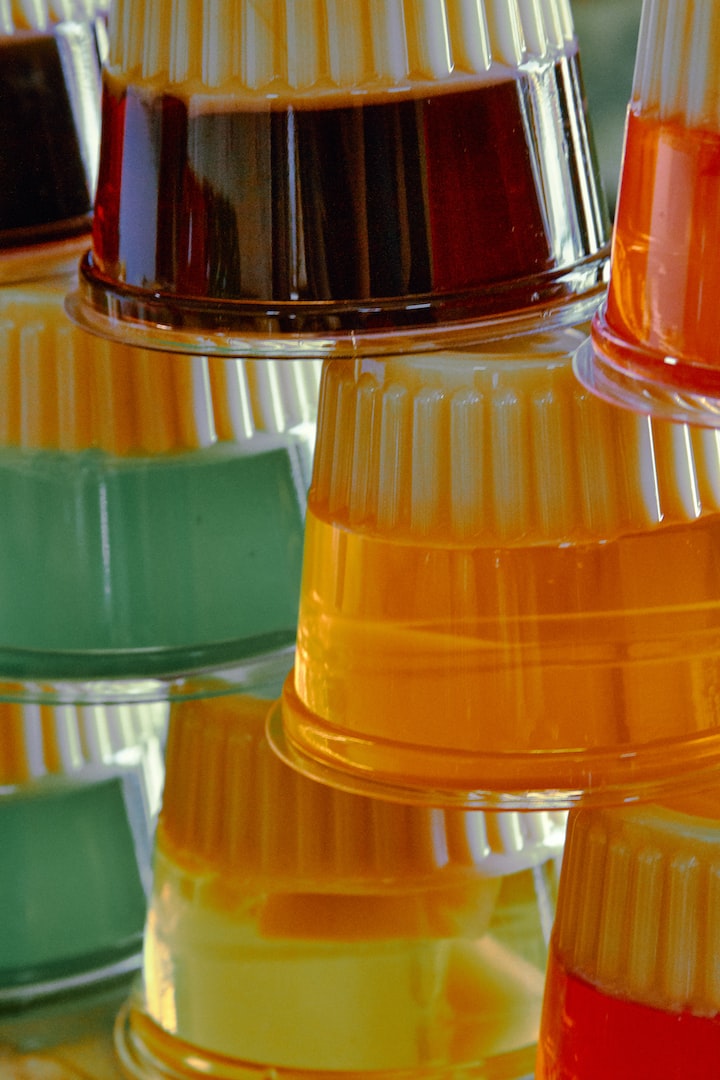 In the Mojave desert, my father is spreading warm peanut butter on a slice of wonderbread. It is our first solo camping trip since the divorce, and he is attempting to make things seem as normal as possible. He slathers grape jelly on another slice of bread, winking at me.

“Peanut butter for protein, and jelly and gummy bears for your servings of fruit”, he chuckles, shoving a hastily constructed sandwich into my hand.

I shake my head stubbornly, “Just because something is fruit-flavored doesn’t make it an actual fruit” I insist. Beside me my brother elbows me in the ribs. He’s grateful that he won’t have to eat healthy today. Dad forgets to pack us water, but he has two packs of lukewarm Diet Dr. Pepper in the trunk. The fluid is saccharine as I force it down my throat. Outside the tent, the air radiates in sweltering waves from the surrounding sand. Eventually, that sun will set, and we will have more peanut butter sandwiches for dinner.

Under the endless stars, I press a few gummy bears into my mouth with my eyes closed. I try to discern what colors are presently marinating on my tongue, but find the mixing of citrus and sharp cherry makes guessing colors impossible.

My mother leads me under the pointed arches and perfumed curtains into the main room of the restaurant. On the wall, blades in magnificent scabbards hang above opulently decorated tables. Byzantine painted designs wind around the doorways, and from unseen speakers, songs in sweetly-sung Farsi slip into the air and dissolve.

We have been coming here for as long as I can remember for succulent chicken kebab, and rice dyed golden with saffron. Salads tossed with herbs and dried lime and pomegranate seeds. Sweet cakes and creams flavored with rose water and topped with chopped pistachios. Mast o khiar, fresh with mint and cucumber and lentils marinated in turmeric and the sharp scent of pickled cabbage.

“Did grandma and grandpa eat a lot of this do you think?” I ask between mouthfuls.

My mother shrugs her shoulders. She cannot know, because she was adopted, but I allow myself to infer anyways. My biological grandparents were from Iran and so they must have enjoyed Persian cuisine as much as I do.

“Why don’t we ever really make this at home?” I ask after a brief pause.

“Because no one ever taught us how to make it authentically” my brother says as though this should be obvious.

My best friend is leaving me for two weeks to go to Scotland. My stomach ties itself into knots at the thought of him being away for so long, and seeing the loch ness monster without me. I spend the first hours of his absence absent-mindedly snacking on potato chips, bored out of my mind. He sends me an email two days in, with an update on his progress. It reads:

This is dark, but I think my parents are trying to kill me. They ordered me a steaming plate of haggis at dinner last night. Just because my Scottish ancestors ate it, doesn’t mean I have to. I refused point blank, and have been living off of pringles ever since. Please send provisions (more pringles; as a reminder, I prefer plain to sour cream and onion).

I show my mom his correspondence, giggling and she rolls her eyes.

“You two are the pickiest eaters I’ve ever met”, she jokes. As ridiculous as it is, I feel less lonely at the thought of my friend out in the Atlantic, gnawing on the same salt-saturated chips that I am thousands of miles away.

It is Christmas time and the whole family is congregating together to celebrate. I head straight for the dessert table, my mouth watering. The scent of cool whip and fresh granny smith apples takes me by surprise.

“Don’t tell me you've never had Snickers Pie?” my cousin asks, his face splitting in a grin, “I always have at least four helpings.”

He ladles the mess of whipped cream and diced snickers onto his plate in a mountain, and I watch uncertainly as he slinks away.

The only other dessert option is vivid green jello with mushy peaches suspended inside of it, a relic of my grandmother’s experimental pudding phase. I decide to just get second helpings of mashed potatoes.

My grandmother tells me to watch the coffee pot while she scrambles us some eggs for breakfast. I balance on the balls of my feet, squirming. We’ve only been staying with her for a few days.

“Daddy says I can’t drink coffee,” I tell her in a confidential undertone. She laughs and shakes her head.

I nod emphatically, grinning, and she pours me a mug. One sip of the dark liquid is enough to make my lip curl.

Sensing my dismay, she hands me a jug of coffee creamer, and I decide to pour myself a glass of that instead. My grandmother watches me skeptically.

“When I was your age, all we had was coffee and grits, you know,” she explains in her matter-of fact-voice. She adds a dash of salt and pepper to the eggs as she speaks, because those are the only spices that she cooks with. She had explained that growing up, her family had been too poor for more refined flavors.

“We had to be creative,” she explains, and I nod, as though I understand. My grandmother arrived in Malibu from out of the swirling dust of Oklahoma. Her father died when she was very young, leaving her mother to raise the children all on her own, on one depression-era salary.

I eat only a few bites of egg, and then ask for dessert. She shakes her head ruefully, and takes a pie out of the fridge. It is the spiced orange of a pumpkin, but it smells odd.

“Zucchini and squash pie” she expounds, cutting me a heart slice before I can protest, “I told you, when you don’t have means, you have to get creative with your flavors. Now eat this up. If you don’t eat it for breakfast you’ll have to eat it for dinner”.