Parenting & Co-Parenting with a Narcissist

by Jayme Keally 2 years ago in parents
Report Story

Have you ever had an experience with someone who is so beyond full of themselves? Has that experience involved walking through the chapter of life known as "parenting", and has it possibly turned into "co-parenting"? If you have experienced something similar, come on in for quite an interesting read. 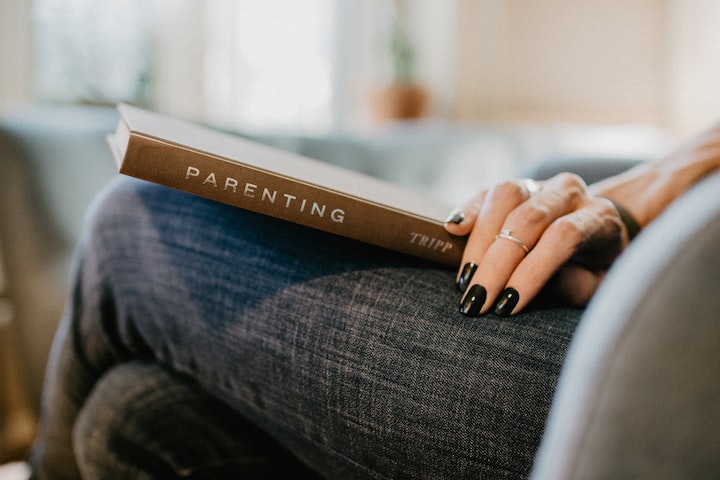 Have you ever had an encounter with a narcissist, but you were unaware they were such until you got to know them? Did you already have children with that person before realizing they were a narcissist because they unleashed their charm upon you, and you were instantly sucked in? Well, if those questions became relatable to your situation, I have something to share with you.

I was in the longest relationship of my life with a narcissist. My problem was that I was too blinded by everything that it took me quite a long time to realize how manipulative he was. I thought he was the one I was supposed to be with for the rest of my life. We moved rather quickly throughout our relationship. Within a month of us dating, we moved in together, and I believe that is precisely where things began going downhill. It was tough for me to see my friends since we were in a completely different city.

Within seven months of our relationship, I fell pregnant with our oldest son. Before becoming pregnant, I was out of town due to a loss within my family. He ended up accusing me of cheating on him while I was away because I managed to get pregnant almost instantly after I got back to town. That pregnancy was a tough one for me. The constant accusations that he threw my way did not help. It was my first pregnancy, and I kept feeling worse about myself because I did not feel any love or support from the one I thought I loved. The accusations just continued getting worse the further along I got. I did not want to have an intimate moment with him because I was just so far along. He thought I was cheating. I very rarely left the house. There was no possible way I could have been cheating… not to mention that I am not that type of person. Once I am with someone, no one else matters.

It was my mistake staying with him at that point. When we welcomed our oldest son into this world, our relationship was the furthest thing from stable. There were countless fights, we did not have any stable income, and we did not even have our own place. The struggle was beyond real when it came to getting things for our son. We ended up breaking up several times within his first year of life. I kept taking him back because I was stupid and tried my hardest to prove that we could make it work.

Just after our oldest turned one, we found out that I was pregnant again. I was hoping that pregnancy would be different from my first due to it being a difficult time. I was way too hopeful with that. My second pregnancy was just as bad, if not worse. The accusations. The denial. It was all there, once again. It was so tricky being strong for the second time around. Pregnancy messes with your emotions big time, and it does not help when you are getting little to no support from your significant other.

After we welcomed our second son into this world, things began to settle down. There were still bumps in the road, but we got a little better at finding solutions to such issues. Well, I thought we had gotten better at it. That may have just been me being hopeful with it all. I wanted everything within me to give my children a life where they would not have to worry about where mommy or where daddy was. I tried my hardest to make things work with their father. I failed.

The father of my children and I have been broken up for nearly a year now, and I have been able to provide my children with everything they have needed. I can count on one hand how many times he has willingly seen his children. No guilt-tripping from members of his family. He has, basically, turned into a deadbeat dad. The boys often ask about him, and it hurts my heart to know I cannot give them a definite answer of where he is when he is not around.

The times where we have tried to co-parent have been miserable and have turned into arguments over the silliest things. I get told I do not care for my children and everything else under the sun. He tells me that I need to make sure I am using any money I get from work on things they need. With each check I get, I make sure the boys have what they need before getting things I want. My children will always come first, no matter what the situation is.

At the end of the day, always make sure your children's well-being is put first. Please do not allow them to see you in a toxic relationship. It is perfectly okay to cut ties with any toxic individuals in their lives. Provide your children with a life you wish you had.

More stories from Jayme Keally and writers in Families and other communities.