David and his Goliath

by Jess S. 4 months ago in humanity 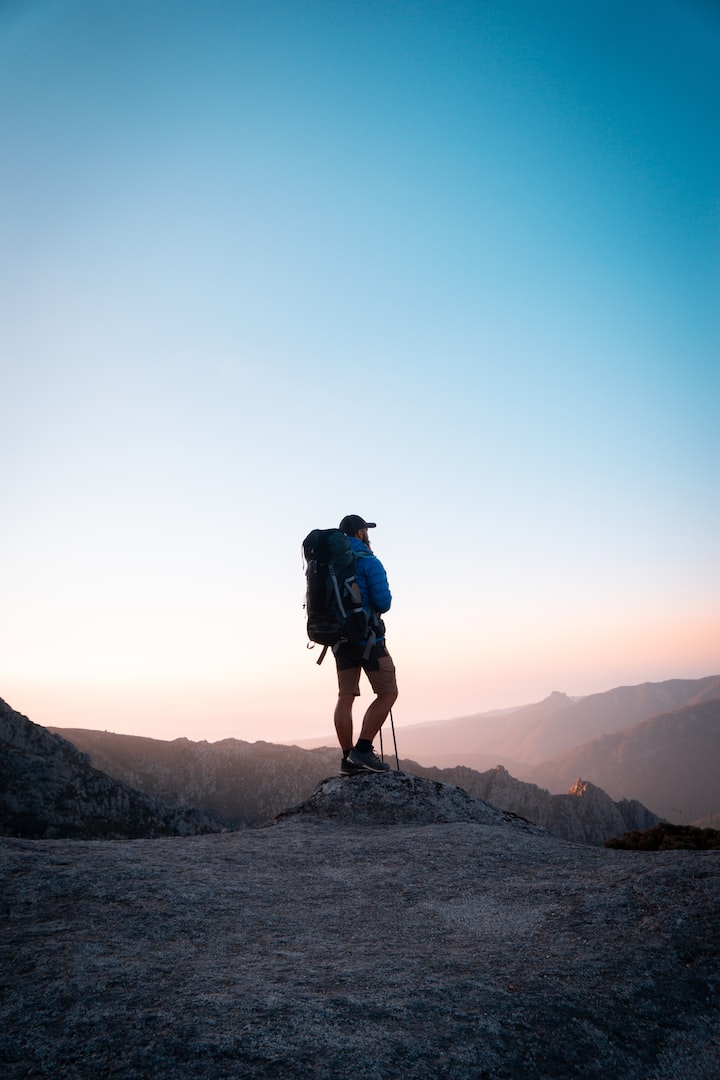 When David was little, he had watched his mother drowning. He was not sure what exactly she had been drowning on but one day she was dead. Simply one soul taken, left in an empty shell.

He remembered she always had a glass in her hands. And it was always empty. He figured out later so was his.

David was standing at the fork in the road. Trying to decide which way to go. Right ahead? Or left ahead?

His backpack was sitting heavy on his shoulders, leaving marks on his sunburnt skin.

He could not decide. He has not been able to make a decision in a long time. He firmly closed his eyes. Trying to think of something else, maybe instinct could get him there. He desperately tried to remember the way the hiking guide explained to him to get to the top. Left, or right?

The poisonous juice he was drowning in in the past years, now clouded his thinking, judgement and decision making even more. Sweat poured down his face, leaving him dehydrated as after so many nights before.

“No!” he yelled, ripping his hat off his head and threw it into the bushes. He did not care if someone was around. No one was crossing his path. He was all alone. Apart from his demons haunting him.

He went over to the bush and picked up the hat. He saw something in the corner of his eyes. A marigold flower. His daughter’s favourite flower. He smiled and picked it up. It felt as light as sunlight in his hand. He closed his eyes, allowing the memories to enter.

She had only been seven when she passed. He had turned to his left and saw his wife smiling at him. Her golden locks surrounding her face. She looked like an angel. He had looked in the rear-view mirror and smiled some more. His little EmEm pulling faces at him. He had come to a cross fork and had not seen the bright headlights yet.

David opened his eyes. He knew what he had to do. He had to finish this. He went right, just as he did 1 year ago, before the accident happened.

At the end of the pilgrim path a small town appeared. It was quiet and dusty. Dusk was coming, moonlight slowly settling like a blanket, leaving the sun abandoned and jealous.

He put up his tent in front of a store. At least it was dry there. It was a liquor store.

He lied down next to his tent, looking up to the flawless sky. Littles suns everywhere.

When he had looked back onto the road the lights had already flooded his car. His daughters scream remained in his dreams for a long time. Like an echo. His wife’s eyes had showed any life fading until they turned grey.

For one year the nightmare spun in his head like a wheel. No one could push the stop button apart from him. His pores were full of demons to fight.

The pain at losing too many people at once, was his enemy, his giant. Not the alcoholism. Maybe not entirely at least. It was the loss he was trying to replace. He chuckled when he thought about his mentor, who once mentioned to him “David, your giant is like a Goliath. You know the tale David and Goliath? You need to find a way to defeat him. "

Right now he was vulnerable. His memories were strong and pulling on him. All he had to do to make this pain go away was enter the store, get his sleepy juice and go to sleep.

He did not. He was awake until late at night. Finally, sleep gently wrapped around him and he awoke a few hours later.

The off-licence sign was bright in the darkness, and he had to squeeze his eyes shut. Like in trance he stood up and entered the store. Just one, he thought.

His wife and daughter were walking ahead of him. His daughter suddenly kept running towards the fridge crabbing a juice box. “Here daddy, it’s better for the hike than anything else”

His wife turned around and gently placed her hand on his shoulder “You can do this David. You need defeat the giant. You need to forgive him and yourself. Everything will be alright”

When he exited the store, with his hands being free from guilt for the first time in years, the path has changed. A carpet of marigold flowers was laid out ahead of him.

David packed up his tent and backpack and continued his journey to the mountain top with only water as his source in his backpack. His damaged soul started to heal when he finally defeated his Goliath.

Carer by day, writer by night.

Always reaching for the stars and never look back.

Forget Everything And Run

Face Everything And Rise