Saying Goodbye (For Now) To My Morbid Hobby Turned Obsession

A decision I should have made much sooner 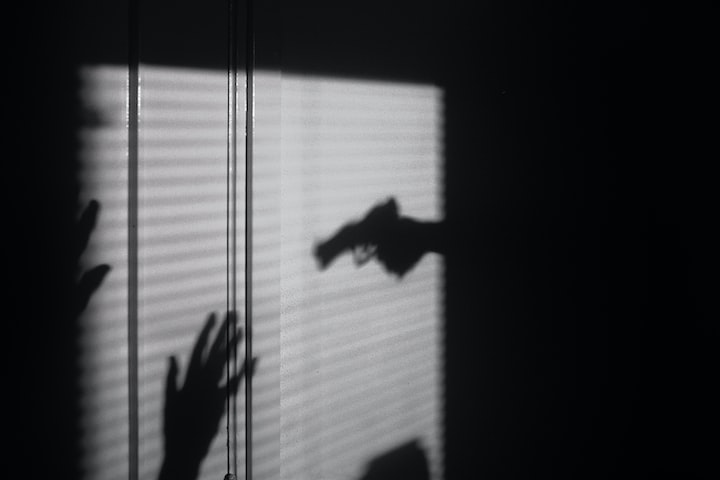 In recent years, I’ve taken up a, more often than not, rather morbid hobby; one that millions of Americans indulge in every day. As a nation and as a global society, our obsession with this particular genre of information has inspired TV shows, movies, books, and entire societies/communities; both digital and not.

True crime. We just can’t get enough of it, can we? Or at least, I can’t. And that’s precisely the problem.

In 2016, middle school me stumbled upon a new series on YouTube: Buzzfeed Unsolved. The series explored mysteries that remain unsolved to this day.

The series focused on some popular true crime “staples” so to speak; cases that almost every true crime fanatic knows about: the Black Dahlia, the Zodiac Killer (which as of a few months ago is no longer unsolved!), and Jack The Ripper, but also focused on lesser-known true crime cases.

I was utterly hooked. And, a bit spooked. After all, I was still in middle school! But, the concept of something so intriguing, so gruesome, so chilling having actually happened in history captivated me. These weren’t stories from well-thought-out books or Hollywood-produced blockbuster films. These were real people and real stories.

With Buzzfeed Unsolved, the area covered was broad; perfect for an introduction to true crime. There were murders, yes, but also other crimes or potential crimes like disappearances, untimely deaths, and kidnappings. It wasn’t until years later that my true crime scope narrowed in on murder and premeditated violence.

The Years Go By: True Crime Becomes a Rather Regular Hobby

With just a few episodes of Buzzfeed Unsolved, I knew one thing: I rather enjoyed true crime. So, over the years, I would go on to consume more true crime content. The best part, however, was that I was still rather young and busy, and true crime was just a hobby at that point: not the obsession it would soon come to be. True crime was something I could enjoy for a few hours and then tear myself away from with ease to go do schoolwork or hang out with friends. It wasn’t something I lost sleep or excessive amounts of time over.

However, with the positives of true crime being a harmless hobby came a few “negatives”. Because true crime was purely for entertainment, I didn’t put much critical thinking to use. I let answers unravel for me and conclusions form on their own. I wasn’t much of a sleuth and in a way, I guess it was a lot like reading a book or watching a movie. Sure, I did my own research, but it’s not like I was keen on solving any of the murders or forming my own conclusions. It’s difficult to explain, but the contrast between the way I consumed true crime then versus now is night and day.

Gabby Petitio: I Begin To Lose Sleep and Hours of Time

At the risk of sounding dramatic: everything changed in September of 2021 and before I even realized it, the way I consumed true crime content was changed forever because of just one person: Gabby Petito.

Gabby Petito, a 22-year-old bubbly and beautiful blonde, was reported missing on September 11th of 2021. Gabby’s Instagram painted an unsettling picture; more specifically, her most recent (and what would inevitably be her last) post: Gabby, grinning, posed in front of a colorful wall with a tiny crocheted pumpkin in her hand. The caption: “Happy Halloween” and the post date was just a couple of weeks before she disappeared.

Some say Gabby’s sweet demeanor and beautiful looks are what captured the world’s attention in regards to her disappearance. Others say it is the intrigue of the case itself.

There were so many questions and not enough answers. Was her fiancé, whom she was last seen with on their cross-country trip, involved? Did he hurt her? Most, myself included, seemed to believe so.

With nearly every media outlet covering the case: there was a virtually infinite amount of content to consume.

Soon, I was trading my spare time for watching footage of Gabby’s last recorded moments, my schoolwork for decoding the timeline of her disappearance and the events leading up to it, and eventually, sleep for hours of browsing forums dedicating the discussion of the case.

I was totally unhinged: my thoughts were overridden by the case. And unfortunately, the Gabby Petito subreddit and a discord group I joined only made my spiral towards rock bottom that much more speedy.

Along with the thousands of users chronically online on the subreddit, I was keeping up with the case minute by minute; even going as far as listening in on police radio in the area where Gabby was missing, hoping to find any information about Gabby, or her fiancé who had now also disappeared.

I spent many nights tracking helicopters and airplanes on Flightradar24, carefully monitoring aircraft in the area. When a particular aircraft circled over the search area, I quickly fled to Reddit and discord to discuss with the anonymous people who quickly grew to become my peers: did the police find something? Did anyone see the circular flight path? Does anyone have any updates?

I lost all touch with my reality and entered a dimension where only one thing mattered to me: what happened to Gabby Petito? My schoolwork loomed over my back and sleep nagged at my eyelids. Still, I couldn’t look away. When Gabby’s body was unfortunately found on September 19th, the Reddit and discord community then focused on finding Brian Laundrie, Gabby’s fiancé, his guilt seeming more and more apparent by the day.

Eventually, the case came to a close when Brian’s body was also found, along with a letter he wrote; an admission to hurting Gabby. The case was closed and while the unfortunate outcome of two lives being lost weighed heavily on me and I mourned deeply for Gabby and her death, I was grateful that I could now take back the control of my life that I had lost.

But, my obsession was far from over.

My Obsession Takes A Dark Turn

However, after the Gabby Petito case was over, I simply found other cases to lose myself in. The obsession carried on but now, something was different: the excessive exposure to violence and disturbing information was taking its toll on me. By now, I had probably indulged in close to a100 cases, all of them incredibly disturbing.

I found myself thinking of the victims and their unfortunate demise often and it deeply disturbed me to think of their last moments or the case in general. Many times, it is as I am trying to sleep that I find myself deep in this inescapable rabbit hole. When I’m not feeding my obsession, I’m thinking about it. And thinking about crime, violence, and death all the time takes its toll on you.

I’ve found myself incredibly heightened by my surroundings and unusually paranoid. In the middle of the night, a thump is no longer an arbitrary noise but a potential intruder in my home. Someone taking the same route as me on the sidewalk is no longer someone who perhaps shares the same destination as me, they become a stalker looking to harm me.

And it became very apparent to me: true crime was now no longer a genre of media I found fascinating, it had now become an odd facet of my reality as if something bad was waiting to happen; as if acts of crime were something I had to always think about or react to.

With the problem unveiled, its solution is also apparent to me: it's time to step back. It’s taken me a while to come to terms with this decision; initially wrapping myself in a blanket of denial and gaslighting myself into believing that I was just “too sensitive”. But, there’s nothing weak about stepping away from something that while may be informative and intriguing, can also be damaging to one’s mental health.

With consuming excessive true crime content often comes desensitization to things an individual should be otherwise rather sensitized to. With my deep dives of research on the magical world of the Internet, I’ve seen a fair share of things I shouldn’t have seen; detailed autopsy reports and crime scene photos. Eventually, I almost stopped being affected by it and that isn’t something I wanted to have gotten used to.

I need for true crime to be something I can indulge in as a hobby, not an obsession that takes over my life. And while I’ve met some amazing people in the true crime community, I do believe it is time for me to step back.

Balance in life is incredibly important when it comes to mental health. And with the era of the Internet, we currently live in, it is all too easy to lose sight of balance and content consumption. We could all use a good analysis of the content we consume on the Internet and I urge you to ask yourself this: is the content you consume hurting or helping your mental health?

More stories from Soha Sherwani and writers in Criminal and other communities.