by GARY DEAN 7 months ago in fiction 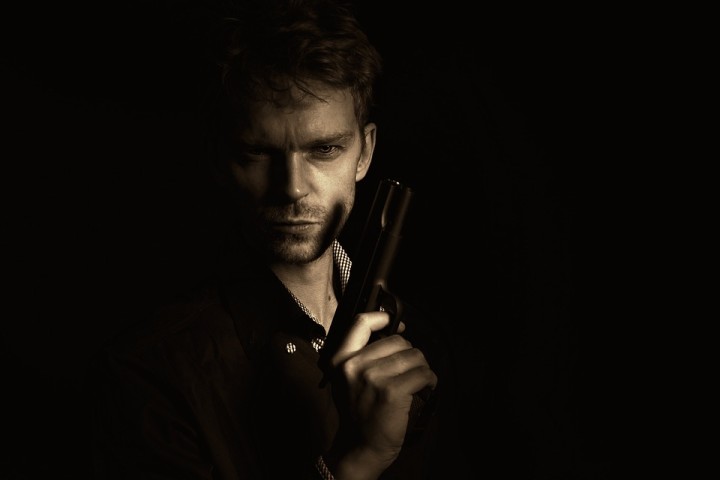 DI Fotheringham drove to the flat in Old Bank crescent, followed closely by two squad cars, all full of armed police. This wasn’t going to be easy. The likelihood of someone getting shot was going to be very high. They drove at high speed on the Leeds ring road through heavy traffic. They had to travel to the other side of Leeds to their destination but it wouldn’t take them long. When they arrived they all burst into action. This had been planned down to military precision back at the station and everyone knew where they needed to be so that every exit was covered. DI Fotheringham was leading the main group up three flights of stairs to flat 21B. Without hesitation the door was broken down and in flowed a group of police, screaming and shouting as they went, clearing and securing every room. The flat went quiet as everybody waited for the next instruction from DI Fotheringham who was slowly looking from room to room, satisfying his own desire to find some clue or evidence that they were not being taken for a ride. He looked through every window and in every corner, on the floor and up and down the walls hoping for some kind of break. Eventually he spotted the crucial bit of evidence showing quite clearly that he was on the right track. There on the sideboard was a baby monitor, still switched on. Throughout all the flat there were no sign of a baby, infant or small child that could warrant having a baby monitor. It could only be in use for one thing and that was for tipping off those who they wanted to catch, giving them a heads up that someone was on to them. With the speed of a gun-slinger DI Fotheringham pulled out his police radio.

“Sergeant Cooper, the suspects are on the move. Be on the lookout for anybody trying to make a hasty get away.”

“Yes sir, I think I have just spotted them getting into a white transit van. We are about to give chase.”

“Good, we will be right behind you.”

Bobby liked to keep his options open. At the last minute, he planted the baby monitor in flat 21B. The wire was ran across the phone wire of the neighbouring flats and down the outside to a ground floor flat which Bobby had commandeered for the day. Each day he would move Jill and his two gang members to a new location to try and stay one step ahead of Steve and his men. It didn't come as a surprise to hear the police on the baby monitor, an escape had already been planned for such occasion as this and Bobby spent no time putting it into action. Jill was drugged up to stop her from being a nuisance and give no resistance if and when the need arose. The two burly men threw Jill into an industrial clothes bin on wheels, covered her up with blankets, and started wheeling her to the van they had waiting outside. Bobby ran ahead, opened the van doors and lowered a small ramp so the bin could be pushed straight into the van with no fuss. They all jumped in the van and drove off as fast as it could go. Bobby looked out of the window and gave a wry smile as he saw the faces of the pursuing police men, running frantically to get into their cars to give chase. They didn’t need a big lead as they weren’t travelling far. A couple of streets away they had a fast getaway car waiting, which they would transfer to as soon as they were out of sight of the police. The plan went without a hitch as they pulled up inside an old run down factory, transferred Jill to the boot of a black BMW and drove calmly out into the busy late afternoon traffic. They could hear police sirens running off into the distance as they leisurely made their way to the next hideout that was set up in Beck Heath Cricket club, on the east side of Leeds. They wanted to keep the journeys short. This had the advantage of having Bobby’s people close by and ready at short notice if need be.

Started writing in 2009, after getting made redundant from my job. Now it is a hobby, something I can enjoy and play about with.

See all posts by GARY DEAN →