by Jaqui O'Donohoe 10 months ago in investigation
Report Story

A police officer and her stalker, or is he? 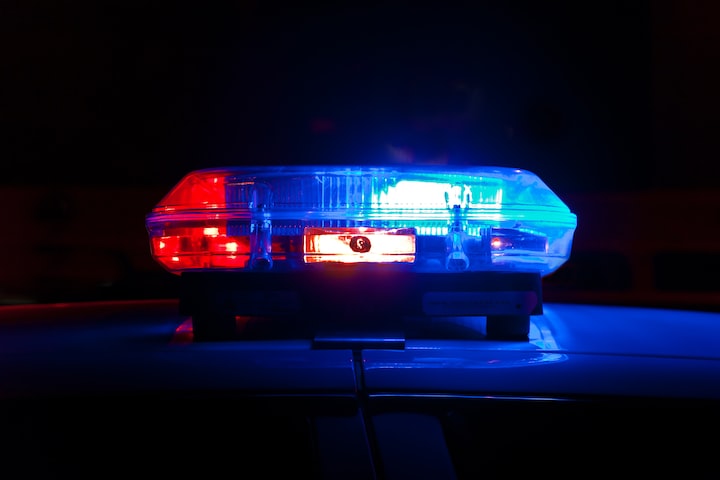 Julie grabbed her keys, threw her yellow scarf around her neck, picked up the lukewarm toast on sitting on the kitchen bench and bit into a corner. With the toast still hanging out of her mouth she slung her handbag on her shoulder, grabbed her travel mug full of coffee and headed out the door giving a wave to her little Maltese Yorkie who was already curling up in his bed, grateful that Mum was going to work and giving him a few hours to sleep.

The drive to the office was blissfully uneventful and Julie took the time to turn off the radio and enjoy the silence and savour her coffee before the madness of the day was about to hit her. Arriving at work she headed to the locker room and stripped off scarf – too dangerous for her job, threw on her all-purpose work leather jacket and grabbed her utility belt. She headed for the quartermaster’s office and grabbed a radio and unlocked her Glock from the gun cabinet. She racked back the slide, loaded her magazine with bullets and loaded the weapon before putting into her holster that lay concealed under her jacket. She took a deep breath and headed for her desk.

“Much happen last night” she asked her partner, Jerry as she booted up the laptop.

“I’m just reading the update” he replied and swung to face her “it appears your stalker was locked up again” he laughed.

Julie shifted uncomfortably on her seat, removing her Police ID from the back of her jeans pocket, and putting it on the desk beside her. Sometimes being a plain clothes officer was frustrating, as you had to find pockets for everything, whereas when she was still in uniform she seemed to have an endless supply of pockets on her cargo pants, her shirt, her jacket. She sighed and looked back at Jerry. “What did he do this time”?

“Drunk and disorderly in the park again” he started “when the locals arrived to lock him up, he professed that he was your husband and that they needed to call you and you would come and save him from his demons”

“Good thing we put the alert on his name” Julie replied, grateful she had not been on the night shift crew last night. Tyler Frankie had been locked up now almost weekly for over 3months for being drunk and disorderly in the Perth area. Julie was one of the first to arrest him, after a very quiet night looking for drug dealers in the area. She was on her way back to the station with her partner Jerry when they witnessed the man chasing a group of young girls through the park and yelling obscenities to them. Being in an undercover car he hadn’t spotted the 2 officers in plain clothes and turned to Julie progressing she was the most beautiful thing he had ever seen, and he had fallen madly in love with her. Jerry thought it was hilarious as they called a secure vehicle to take him to the watchhouse where they met and processed him, all the while Tyler telling Julie her golden hair was that of an angel.

From that day Tyler had started to tell any officer that he met that he was married to Constable Julie Tate and it had started to cause a stir in the station, including many late night calls to Julie to confirm or deny the statement. Julie had finally put an alert on his name so that any officer doing a name check on Tyler would be aware of the lies being told. She thought this would be enough but then the packages started arriving at the station. First it was a bunch of flowers, then it was a candle, then a bottle of champagne and all with the note ‘My Angel’ on them and nothing else. This started to really concern Julie and a formal report was put into her Inspector who arranged a full investigation in to the matter.

A total of four detectives had now interviewed Tyler, and Julie had personally told him to leave her alone. Her actual husband, Joshua was not impressed she had a stalker and was concerned that Tyler might try and assault her as she walked from the office to her car after work. She now walked to her car together with Jerry, which meant no more post work gym sessions, or if she could squeeze in a gym session, she had to ask one of her colleagues to give her a ride 500m down the street to her car which was not ideal. In every discussion and interview Tyler was adamant that he had not been leaving gifts for Julie despite admitting to saying he was her husband, although he said, only when he was very drunk. The parcels were all dropped at the station by young school kids who were on their walk home from the nearest St Andrews High School and it appeared that they were being paid in cash to drop these gifts off. Frustratingly, Julie had not been able to actually catch Tyler in the act of the gifts; something that could amount as evidence again him in any stalking charges.

“Was he given bail again last night” she asked Jerry

“No, I was just checking that – they finally denied him bail and he is due to appear in court first thing Monday morning”

“You have to love a Saturday night arrest” Julie laughed “no court till Monday. At least it gives him a weekend to sober up a bit”

“And leave you alone for a weekend which will be nice” Jerry replied as he grabbed the car keys. “Come on, let’s go”.

It was a good shift. The day was beautiful, and the sun shone through the car window as they drove around the streets of Perth, occasionally parking up to watch suspicious individuals. The beauty of the covert vehicle meant they didn’t have to wait long until a drug deal took place right in front of them down a back alleyway. They jumped out the car yelling “Police, don’t move” and had the two in handcuffs within minutes. Both were searched, put in a secure vehicle, and transported back to the station where interviews were undertaken. The dealer admitted to having more drugs back at home being ‘prepped for sale’ and was thus escorted home and a 6-hour search warrant took place. Whilst officers in uniform went through the small apartment searching everything in detail, Julie catalogued and referenced all the seized items. $4000 in cash was counted on camera and secured in a sealed bag, scales were seized, clip seal bags, over 1000 tablets and 2 marijuana plants. Julie laughed as her partner instructed uniformed officers to dig up the plants and put them in hessian sacks. Jerry was allergic to marijuana and didn’t want to go near the plants in case he came up in hives again. The last time they had seized plants they had to put them in the back of their vehicle and Jerry didn’t last long before he had come up in a rash and Julie had to get him some medication to get it to settle down! By the time all the gear was seized, the dealer was taken to the watch house and processed it had been a 10hr shift and they still had to do the paperwork. They grabbed a coffee as they headed back to the station, stopped at the gun cabinet to clear and disarm and lock away their guns and settled in to get it done.

Within 2hours all the seized gear had been entered, secured and the arrest brief done ready for court. Jerry and Julie hadn’t said anything to each other apart from confirming details from each other’s notebooks and were both exhausted. “Let’s call it a day” Julie said, and they both walked from the station to their cars exhausted.

As her Bluetooth in the car connected Julie called her husband Joshua and gave him the news on Tyler’s arrest.

“Great” he said, “let’s hope that this time he actually gets some time away rather than continue to get arrested and bailed again and again for the same thing”.

Julie agreed, “some time away would help him sober up and perhaps get his life on track”.

“I’m off to work now” Joshua told her, “Benji has been fed and walked so you just have to come home and heat up the dinner I have put in the fridge for you”

“You’re my hero” said Julie “have a good shift and stay safe”. With her husband working as a paramedic Julie and Joshua rarely had nights together but made sure they still made effort for the little things for each other.

Julie pulled into the driveway exhausted, grabbed her bag, jumped down from her Jeep and walked to the door fishing out her home keys. She stopped in her tracks when she noticed a package. A suspicious package wrapped in brown paper was sitting at the front door, “My angel” was written on the top.

More stories from Jaqui O'Donohoe and writers in Criminal and other communities.