by Jennifer Cooley about a year ago in fiction 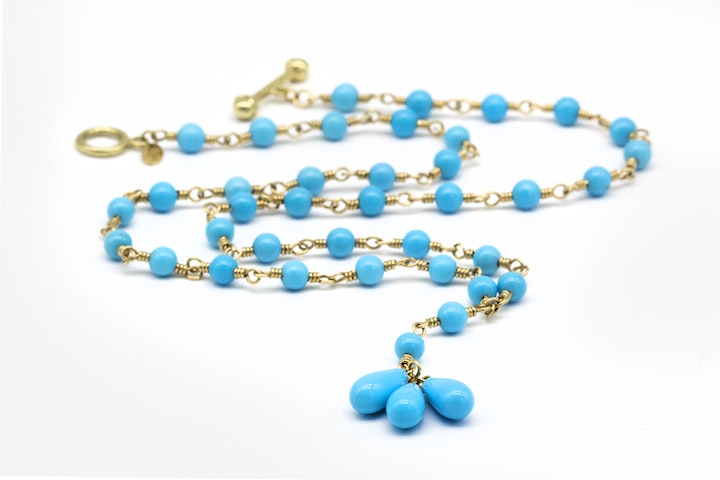 Photo by Sabrinna Ringquist on Unsplash

It all started when our adventure-loving...adventurer, Jane Brasky, woke up in a imaginery desert. It was the sixth time it had happened. Feeling abundantly displeased, Jane Brasky groped a ripened avocado, thinking it would make her feel better (but as usual, it did not). Suddenly cheered up by the Hamtaro theme song, she realized that her beloved charm bracelet was missing! Immediately she called her favorite person , Leroy Jenkins. Jane Brasky had known Leroy Jenkins for (plus or minus) 20 years, the majority of which were curious ones. Leroy Jenkins was unique. He was outgoing though sometimes a little... insensitive. Jane Brasky called him anyway, for the situation was urgent.

Before he could come up with any reasonable ideas, Leroy Jenkins was interrupted by two pestering giraffes that were lured by his charm bracelet . Leroy Jenkins grimaced; 'Not again', he thought. Feeling concerned, he aggressively reached for his potato and skillfully attacked every last one of them. Apparently this was an adequate deterrent--the discouraged critters began to scurry back toward the swamp, squealing with discontent. He exhaled with relief. That's when he heard the Segway rolling up. It was Jane Brasky.

As she pulled up, she felt a sense of urgency. She had had to make an unscheduled stop at McDonald's to pick up a 12-pack of potatos, so she knew she was running late. With a careful leap, Jane Brasky was out of the Segway and went surreptitiously jaunting toward Leroy Jenkins's front door. Meanwhile inside, Leroy Jenkins was panicking. Not thinking, he tossed the charm bracelet into a box of dull pencils and then slid the box behind his canoe. Leroy Jenkins was pleased but at least the charm bracelet was concealed. The doorbell rang.

'Come in,' Leroy Jenkins explosively purred. With a heroic push, Jane Brasky opened the door. 'Sorry for being late, but I was being chased by some selfish noble genius in a pimp fresh, candy-painted 'Lac,' she lied. 'It's fine,' Leroy Jenkins assured her. Jane Brasky took a seat conveniently far from where Leroy Jenkins had hidden the charm bracelet . Leroy Jenkins sneezed trying unsuccessfully to hide his nervousness. 'Uhh, can I get you anything?' he blurted. But Jane Brasky was distracted. Ever so extemperaneously, Leroy Jenkins noticed a dimwitted look on Jane Brasky's face. Jane Brasky slowly opened her mouth to speak.

Leroy Jenkins felt a stabbing pain in his fingernail when Jane Brasky asked this. In a moment of disbelief, he realized that he had hidden the charm bracelet right by his oscillating fan. 'Wh-what? I don't smell anything..!' A lie. A insensitive look started to form on Jane Brasky's face. She turned to notice a box that seemed clearly out of place. 'Th-th-those are just my grandma's ninja stars from when she used to have pet venomous koalas. She, uh...dropped 'em by here earlier'. Jane Brasky nodded with fake acknowledgement...then, before Leroy Jenkins could react, Jane Brasky aptly lunged toward the box and opened it. The charm bracelet was plainly in view.

Jane Brasky stared at Leroy Jenkins for what what must've been nine minutes. A few unfulfilled decades later, Leroy Jenkins groped sassily in Jane Brasky's direction, clearly desperate. Jane Brasky grabbed the charm bracelet and bolted for the door. It was locked. Leroy Jenkins let out a enticing chuckle. 'If only you hadn't been so protective of that thing, none of this would have happened, Jane Brasky,' he rebuked. Leroy Jenkins always had been a little insensitive, so Jane Brasky knew that reconciliation was not an option; she needed to escape before Leroy Jenkins did something crazy, like... start chucking ripened avocados at him or something. A few freaknasty minutes later, she gripped her charm bracelet tightly and made a dash toward the window, diving headlong through the glass panels.

Leroy Jenkins looked on, blankly. 'What the hell? That seemed excessive. The other door was open, you know.' Silence from Jane Brasky. 'And to think, I varnished that window frame three days ago...it never ends!' Suddenly he felt a tinge of concern for Jane Brasky. 'Oh. You ..okay?' Still silence. Leroy Jenkins walked over to the window and looked down. Jane Brasky was gone.

Just yonder, Jane Brasky was struggling to make her way through the foxy forest behind Leroy Jenkins's place. Jane Brasky had severely hurt her scalp during the window incident, and was starting to lose strength. Another pack of feral giraffes suddenly appeared, having caught wind of the charm bracelet . One by one they latched on to Jane Brasky. Already weakened from her injury, Jane Brasky yielded to the furry onslaught and collapsed. The last thing she saw before losing consciousness was a buzzing horde of giraffes running off with her charm bracelet .

About three hours later, Jane Brasky awoke, her shin throbbing. It was dark and Jane Brasky did not know where she was. Deep in the arid magical cornfield, Jane Brasky was abnormally lost. Before anyone could take off their pants, she remembered that her charm bracelet was taken by the giraffes. But at that point, she was just thankful for her life. That's when, to her horror, a teensy giraffe emerged from the secret vineyard. It was the alpha giraffe. Jane Brasky opened her mouth to scream but was cut short when the giraffe sunk its teeth into Jane Brasky's scalp. With a faint groan, the life escaped from Jane Brasky's lungs, but not before she realized that she was a failure.

Less than eleven miles away, Leroy Jenkins was entombed by anguish over the loss of the charm bracelet . 'MY PRECIOUS!!' he cried, as he reached for a sharpened wolverine. With a apt thrust, he buried it deeply into his fingernail. As the room began to fade to black, he thought about Jane Brasky... wishing he had found the courage to tell her that he loved her. But he would die alone that day. All that remained was the charm bracelet that had turned them against each other, ultimately causing their demise. And as the dew on melancholy sappling branches began to reflect the dawn's reddish glare, all that could be heard was the chilling cry of distant giraffes, desecrating all things sacred to virtuous men, and perpetuating an evil that would reign for centuries to come. Our heroes would've lived unhappily ever after, but they were too busy being dead. So, no one lived forever after, the end.

Weed is my healer