You Should Never Drive The Kids To School In Your Pajamas!

by Danell Boyles TeNyenhuis Black 5 months ago in Embarrassment

If you are an adult, don’t go anywhere in your pajamas! 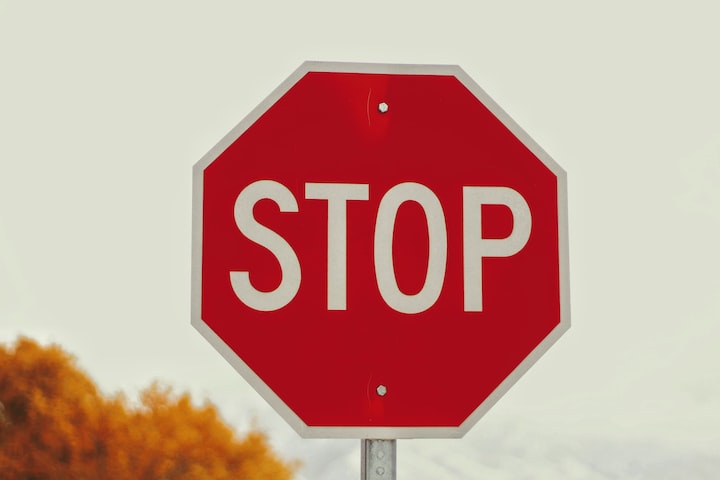 Photo by Joshua Hoehne on Unsplash

When my daughters were in elementary school, we lived 1/2 mile from their school. Technically, we were close enough for them to walk or ride bikes, but we usually dropped them off.

One morning I woke up sick. My husband, Patrick, had to be at work early, so I needed to drop the girls off. I just wanted to curl up under the covers and go back to sleep. I don’t remember how old the girls were at the time, but they usually got ready with minimal assistance on our part. All I had to do was roll out of bed and drive them to school.

I got up a few minutes before we needed to leave. I was going to change; I was. I was going to put some nice, comfy sweats on. Since it was winter, I was wearing blue fuzzy pajamas with large clocks on them. As far as modesty goes, they were as respectable as sweats. Why bother changing?

I knew it would take me less than 10 minutes to drop them off. I kept my mini-van parked in the garage, so I knew I wouldn’t have to see any neighbors.

What could go wrong?

If you’ve never had the pleasure of dropping children off at a suburban elementary school, you should volunteer to drop someone else’s kids off. I think everyone should experience it at least once.

At our school, there was a designated entrance and exit into the parking lot. Designated also means optional. The school marked the drop-off zone with cones, and if you were lucky, there might be a school employee or volunteer assigned to the unfortunate job of parking lot monitor. Unfortunately, having a monitor was a rare occurrence.

Usually, it was a parking lot free-for-all.

The parking lot had plenty of space for loading, and there were No Parking signs visible. Some parents must have had free parking passes. Or they possibly had special privileges allowing them to park in the middle of the drop-off zone?

My girls knew the rules for dropping off. When leaving the house, all school items should be within easy reach. Once I had secured a spot to pull in, they grabbed their belongings and jumped out. We would quickly say “good-bye” and “I love you!” but this was not the time for chit-chat.

There were two types of parents in the drop-off zone: courteous and oblivious.

I was in the former category, and most other parents were oblivious. Since other parents didn’t appear to have drop-off rules, you had to maneuver around the parked cars and try to parallel park in the next open space.

Inevitably an oblivious parent would double-park, have a conversation with their kids, exchange goodbyes, and the kids would jump out. Then they would pop their trunk for their children to retrieve the backpacks that would have easily fit on the seat next to them. Occasionally there might be a large musical instrument in the trunk, and I guess these parents could have a pass.

My dream for the drop-off zone would be to operate it just like the line for a roller coaster ride.

Cars pull in, and passengers quickly exit to the right. Cars pull forward, and new cars take their place, repeat. Parents would then be able to peacefully drive to work or go home without elevated blood pressure.

Since I was already sick, I was not looking forward to the drop-off zone. Luckily we made it through with minimal hassle, and I was quickly on my way back home.

I made it to the stop sign on the corner of our neighborhood. Two right turns and one left, and I would be back in the garage! But first, I had to make it through the four-way stop.

Our town does not have a lot of stop signs. Most intersections have stoplights, and people expect four-way stops to operate the same as stoplights. When I went through driver’s training, I learned the rules for a four-way stop. The person who gets to the intersection first has the right-of-way.

If cars arrive at the same time, the vehicle on the right has the right-of-way. If there are turn lanes, the driver in the left turn lane may creep forward and turn after the car across from them goes through the intersection.

Traffic flow is more efficient when drivers follow this rule.

Since most stoplights in our city have green arrows for a left turn, and the left turns happen before the cars going straight, most people now think that the cars turning left should go first. The result is chaos at four-way stops. I try to follow my rules while anticipating that everyone else follows different rules.

As I arrived at the intersection, I was going straight, and a small pick-up truck arrived in the left-turn lane on my right. Okay, he had the right-of-way. I just had to let him go, and I could go home and crawl back into bed. He started turning, and I started creeping into the intersection in anticipation of him clearing my path.

Except he wasn’t turning left. He was making a U-turn. I slammed on my brakes, but it was too late, he was right in front of me, and I hit him. I was so flustered that I quickly threw my van into reverse and backed up into the car behind me!

Did I mention I was wearing blue fuzzy pajamas with large clocks on them? I may or may not have been wearing a bra.

The truck pulled over, and the driver behind me got out. He told me that he had no damage, and we agreed he was good to go. I turned right and pulled in behind the truck. And waited.

I was hoping he would exit his car first. He was a teenager and unsure of what to do. He thought maybe he should call a parent. He finally agreed to take my insurance and contact information, and I got to drive home without getting out of the van!

My insurance agent laughed hysterically when I called him.

If you ever think you will leave your pajamas on while you drop the kids off, or go through a drive-thru, think of me. And put some clothes on!

I began writing after my late husband's death in 2016. I created a blog, My Life After Patrick to write about my experience and how I was moving forward. In the five years since then I have finished my Masters in Counseling and remarried.